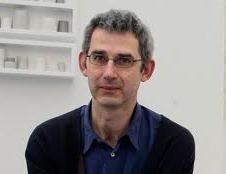 Edmund de Waal launched his book, The Hare with Amber Eyes, in Vienna in October 2011 and gave a talk at his family's former home, the Palais Ephrussi, on the Ringstrasse.

He said: "It is still history which you can reach out and touch. It's a history which unfolded hour by hour and day by day and happened here, in this house. The violence and the looting, the separation of the family who lived in this family house from the things that they made their lives out of and their stories out of remains incredibly painful...The point is not about the dynasty, the banks, the looting, it's not about the marble and the gilt ceilings. It is about the fact that this is a family story that survives and gets passed on. That's the point..... Restitution is being given back what has been robbed and stolen with violence from you. Restitution is key to the story of how a city and community understands itself and its responsibility to the people who were in it. But there's another kind of restitution which is what we're doing today, which is bringing back a story to Vienna. I am restituting with my family this family to this place."