'The Return of Cultural and Historical Treasures: the Case of the Netherlands'

The Return of Cultural and Historical Treasures: the Case of the Netherlands 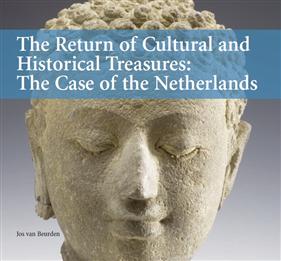 The return of cultural and historical treasures touches on a number of political and cultural issues, and often inspires controversy. As the world is changing, the concept of return is changing as well. The shrinking divisions between a poor South and a rich North, colonizer and colonized, and source countries and art and antique market countries impact our thinking about return. How do Dutch heritage institutions deal with this new reality, when the return of their objects or collections comes under discussion? That is the central question in this critical book.

Jos van Beurden is a Dutch research journalist who has published extensively on the protection and endangerment of cultural and historical treasures. For the Tropenmuseum he has written Goden Graven en Grenzen: Over kunstroof uit Afrika, Azië en Latijns Amerika (KIT Publishers 2001).