It was announced on 29 November 2013 that 41 Dutch museums are in possession of at least 139 items with 'problematic' origins. Of these, the Rijksmuseum and the Stedelijk Museum have 9 and 11 problematic items respectively, and the Gemeentemuseum in The Hague 19. 61 items were flagged because 'of the name of the owners, and most of these 61 items belonged to Jews'. 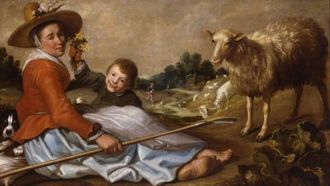 That is, 25% of the items 'discovered' came from collections well known to have been looted, some of which were already identified by the Dutch museums in 1999 but not returned.

The provenances of the 139 items reveal that Dutch museums were acquiring works known to have been confiscated both throughout the war and thereafter even when the provenance of the items was obviously problematic. As late as 2002 the Dordrecht Museum bought a work of art which came from the confiscated Hedeman Collection with a label on the back showing it to have been seized in Holland.

The site publishes the objects only in Dutch at http://www.musealeverwervingen.nl/46/objecten/. There will not be an English translation until 2014.