Photographs of the following five paintings found in Cornelius Gurlitt's Salzburg house were published in the last week of March 2014. Set out below is preliminary research conducted by the LootedArt.com team about the paintings with additional information about the Courbet received from Catherine Hickley. If you have any further information on any of these paintings, please write to us at info@lootedart.com. 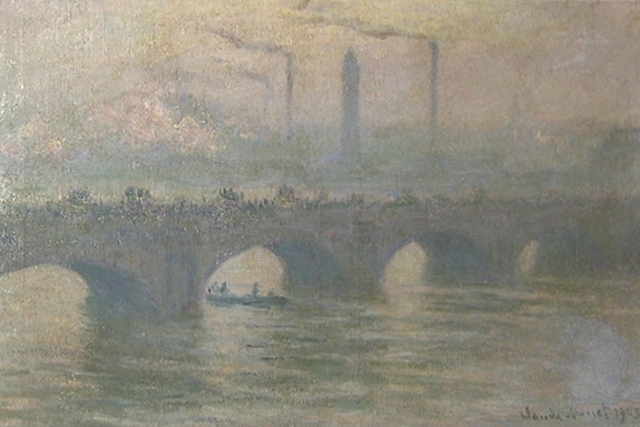 Claude Monet, Waterloo Bridge,Grey Weather, signed and dated 1903
(LootedArt.com Research: This painting is no. 1562 in the catalogue raisonné Monet by Daniel Wildenstein published in 1996 by the Wildenstein Institute. This is no provenance since 1914. Click here for the catalogue entry.) 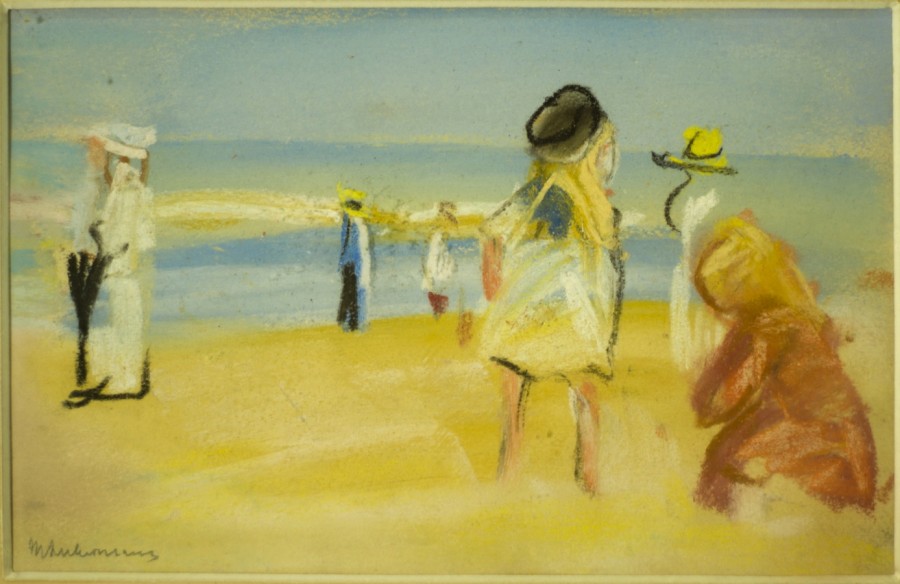 Max Liebermann, Bathing scene, signed and undated
(LootedArt.com Research: This work does not appear in the catalogue raisonné of Liebermann's oil paintings and oil studies, Max Liebermann, 1847-1935: Werkverzeichnis der Gemälde und Ölstudien by Matthias Eberle and Walter Feilchenfeldt published in 1995-1996 by Hirmer. There is no existing catalogue raisonné of Liebermann's pastels, watercolors and gouaches, which this work appears to be, but one is in preparation by Margreet Nouwen)

Gustave Courbet, Portrait of Monsieur Jean Journet, signed and dated 1850
(LootedArt.com Research: This painting does not appear in the most recent catalogue raisonné La Vie et l'œuvre de Gustave Courbet by Robert Fernier published in 1977-78 by the Fondation Wildenstein.)

Catherine Hickley has provided the following further information: The Courbet fits the description by Hildebrand Gurlitt of a Courbet painting of a Grosse schreitender Mann mit einem Stab (Large,striding man with a walking stick) which Gurlitt claimed was burnt in his Dresden house in his written statement to MFAA Officer Edgar Breitenbach on 3 October 1946. He also told Breitenbach that he had bought it abroad during the war.

LootedArt.com Note: The painting appears in the statement of Hildebrand Gurlitt available here at the top of page lV under the section 'Verbrannt' (Burnt). The written statement from Gurlitt to Breitenbach at the Munich Central Collecting Point provides a list of all the works of art Gurlitt acquired during the war. The first two and a half pages of the document is a list of purchases he made for specific museums, which are noted under individual headings for each museum. On the third page Gurlitt lists works that he purchased for ‘Private Collectors’ at an auction at Hotel Drouot including for Carl Neumann of Rottach, Herman Reemstma of Hamburg and Hans Lange of Berlin. He then lists works purchased at Theo Hermsen, Paris, for five different named ‘Private Collectors’.The 'burnt' works on page lV show the Courbet as burnt at Dresden, A. Kaitzerstr. (his parents' home).

Eduard Manet, Seascape, signed and undated
(LootedArt.com Research: This painting does not appear in the most recent catalogue raisonné Édouard Manet: catalogue raisonné by Denis Rouart and Daniel Wildenstein published in 1975 by La Bibliothèque des Arts.) 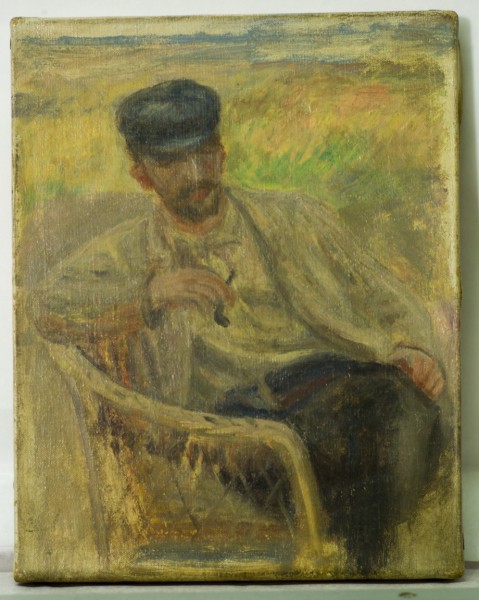 Auguste Renoir, Man with a Pipe, unsigned and undated
(LootedArt.com Research: This painting does not appear in the most recent catalogue raisonné Renoir: catalogue raisonné des tableaux, pastels, dessins et aquarelles by Guy-Patrice Dauberville, Michel Dauberville and Camille Frémontier-Murphy published in 2007-2012 by Bernheim-Jeune. There is a question as to the identity of the artist.)