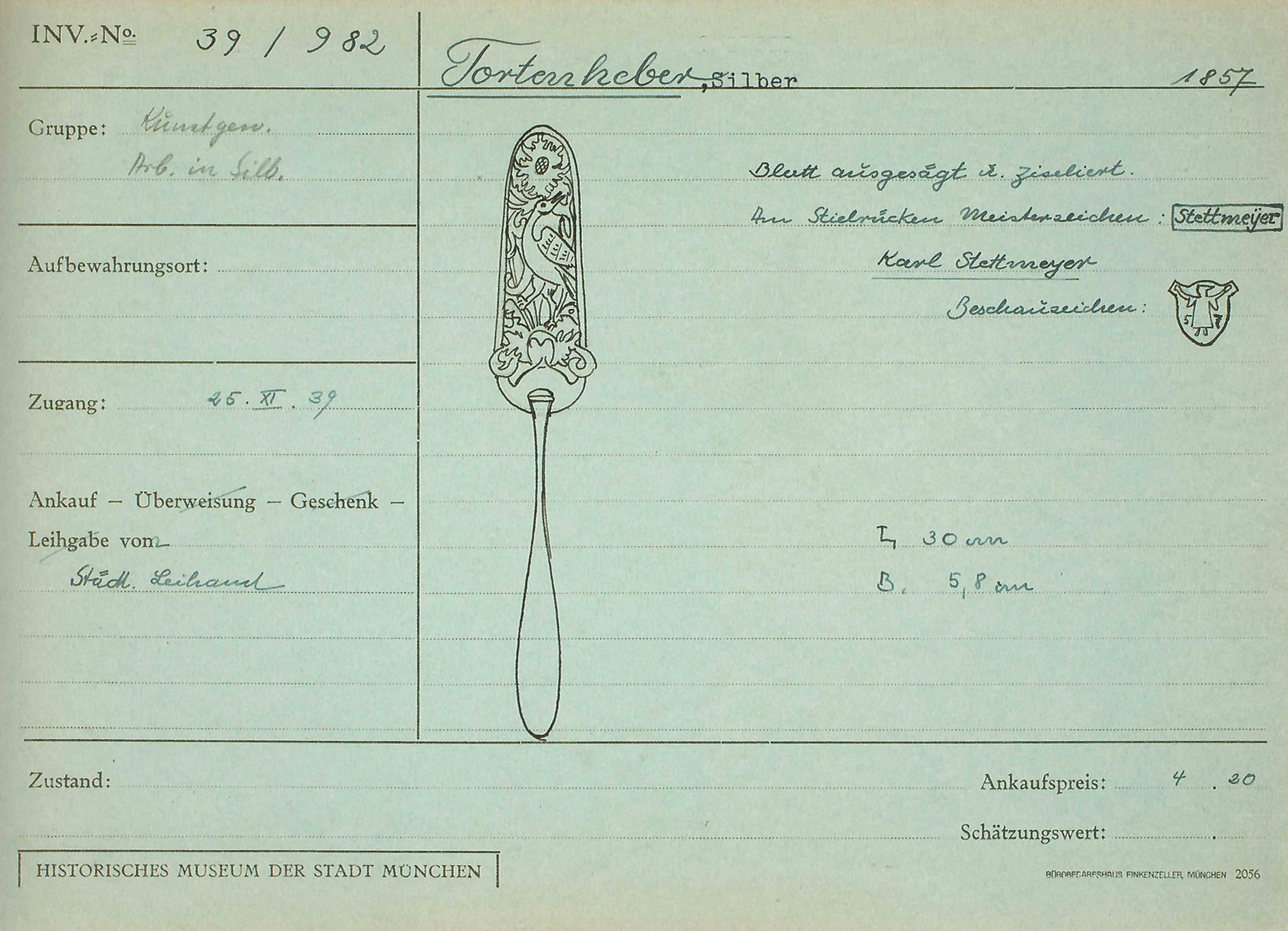 23 July 2014: In September 2011 the Münchner Stadtmuseum, the largest municipal museum in Germany, both in terms of its physical magnitude and the scope of its collections, initiated a joint research project with the Berlin Arbeitsstelle für Provenienzforschung to systematically research its collection to identify potentially Nazi-looted objects. The project covered any objects that the museum had acquired between 1933 and 1945.

Among the 20,000 objects which the museum acquired during that period,  205 silver objects were identified. All 205 objects originated from Jewish families who were forced to hand over these objects to the municipal pawn office in Munich, from which the municipal museum then acquired the items. After 1945, 57 of these objects were claimed and were restituted to the original owners or their families. The remaining 148 objects remained in the museum and were the subject of this research project.

A total of 66 inventoried items were published by the museum. The book, Spurensuche: Silber aus ehemals jüdischem Besitz im Sammlungsbestand des Münchner Stadtmuseums, contains images of the objects and samples of the museum's related inventory cards. Please click here for further information on the publication.