Administrative Court Magdeburg: No Access to Files of Limbach Commission under the Freedom of Information Act 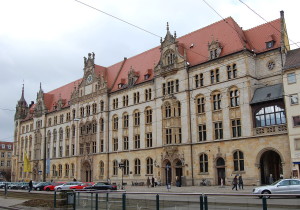 In a judgment dated April 21, 2015, the Administrative Court (Verwaltungsgericht) Magdeburg held that the files of the so-called Limbach Commission or “Advisory Commission on the return of cultural property seized as a result of Nazi persecution, especially Jewish property” by its full name – cannot be accessed on the basis of the German Freedom of Information Act (Informationsfreiheitsgesetz).

The claimant, even though ultimately he did succeed in in court, had now requested access to the files of the Limbach Commission, to see on what basis the experts had at the time come to the conclusion that no restitution should be made. The claim was made both against the Lost Art Coordination Office (Koordinierungsstelle für Kulturgutverluste) and the Limbach Commission. Both refused to grant access, and the Magdeburg court confirmed this decision.

“Everyone is entitled to official information from the authorities of the Federal Government in accordance with the provisions of this Act. This Act shall apply to other Federal bodies and institutions insofar as they discharge administrative tasks under public law. For the purposes of these provisions, a natural or legal person shall be treated as equivalent to an authority where an authority avails itself of such a person in discharging its duties under public law.”

The court stated that the Commission consisted of high profile individuals who served on the Commission pro bono. Their findings were not legally binding, and in particular, they took into account ethical and moral aspects as well. Seen in that context, the court held the Commission was outside the scope of the Freedom of Information Act.

While I agree that it is hard to qualify the Limbach Commission as a body or institution discharging administrative tasks under public law, the case highlights the need for clear and concise rules on restitution. We see the use of non-legal or semi-legal processes and institutions such as the Limbach Commission or the task force in the Gurlitt case for what are at least in part legal and/or tasks of a public nature. That means that claimants seeking restitution are largely unprotected in terms of procedural rights and judicial review,  in a crucial part of the restitution process, namely the fact finding and evaluation phase that these non-state bodies carry out. A Restitution Act could – and should – provide clear procedural rules for these bodies and define to whom they are accountable.

It remains to be seen whether the Magdeburg judgment is upheld on appeal – the Federal Administrative Court (Bundesverwaltungsgericht) overruled the Magdeburg courts recently in another art law matter related to the Lost Art Register, as we reported here.