Looted Art is the story of Jewish art dealers and private individuals whose artworks fell into German hands during the Second World War. This was often a matter of forced sales, and sometimes of organized looting. The work on display is on loan from the Dutch state collection and Dutch museums. In addition, there are some families that have loaned their successfully reclaimed artworks for this remarkable occasion.

After the Second World War the U.S. Army sent a large number of artworks to the Netherlands, which they had retrieved in Germany. They returned the works stating that they should be returned to their original owners. A limited number of works was actually returned to the owners. The remaining works were held in a separate state collection known as Nederlands Kunstbezit (Dutch Art Collection). Works from this collection are the basis of this exhibition. A number of these works has not been exhibited since shortly after the war. The provenance of some works in the exhibit is as of today unknown.

The cold attitude of the Dutch State towards those who came to claim their property after the war is one of the focal points. Famous examples are those of the art dealer Goudstikker and the collector Gutmann, whose heirs were finally vindicated after more than sixty years.

Curator of the exhibit is prof. dr. Rudi Ekkart. Since 1997, he has led the Commissie Herkomst Gezocht. This commission has been entrusted with the task of linking artworks in the Dutch Art Collection to their rightful owners, or their heirs. The commission Ekkart was instrumental to the birth of a new more generous restitution policy in accordance with the Washington Principles. Assistant curator is historian Eelke Muller.

The Terborch Foundation is a new private initiative set up by Daaf Ledeboer and Eva Kleeman, art historians with a museum background. Six years ago they decided they would like the general public to see hidden treasures from the state vaults. They decided to organize an exhibition space in Deventer, where they live. The 12th century Bergkerk church has been restored and adapted especially for this purpose. The exhibition Looted Art is organized by the Terborch Foundation, with the kind cooperation of the Dutch Ministry of Culture. 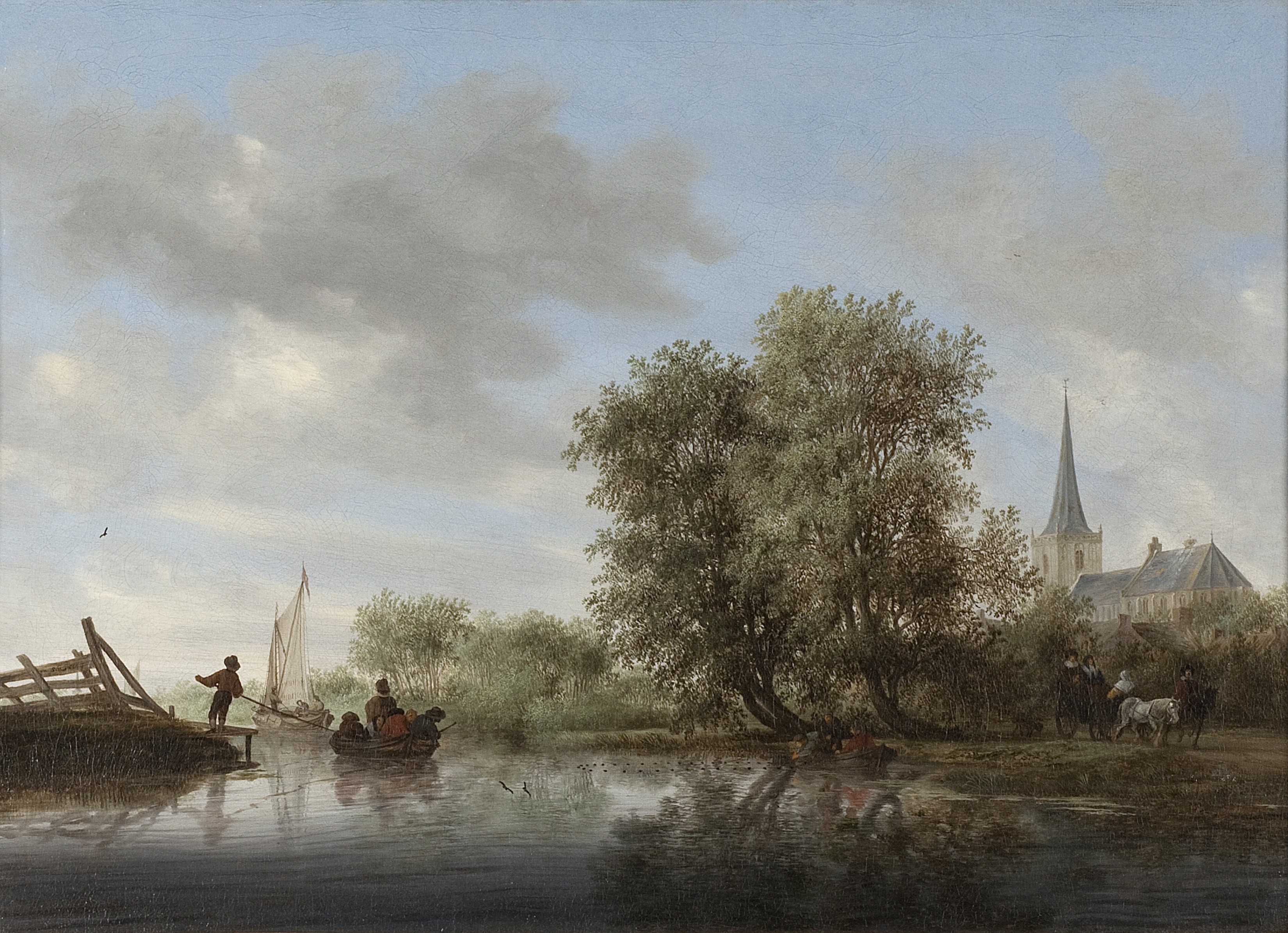 Hermann Göring bought this 17th century landscape in 1940 at the Goudstikker firm in Amsterdam. After Jacques Goudstikker’s escape, the art dealership had been taken over by a German manager against the family’s will. German Alois Miedl became managing director and continued trading while using the famous and trusted Goudstikker name. (image: Rijksdienst voor het Cultureel Erfgoed)

The exhibition Looted Art is organized by the Terborch Foundation with the cooperation of the Dutch Ministry of Culture. Curator of the exhibit is prof. dr. Rudi Ekkart.

For further information and to buy tickets, visit the Roofkunst website at http://roofkunst.com/en/home/