On the Trail of Books Stolen by the Nazis

Books stolen from Jewish owners in Paris by the Nazis ended up in Minsk. Here’s how they got there—and whether they will ever return to France.

Françoise Basch still remembers her grandfather’s “massive” library at his home in the heart of Paris.

Her grandfather, Victor Basch, a French Jewish intellectual and professor, loved his books, she recalls. But during World War II, the Nazis seized the entire collection after he fled Paris.

Professor Basch and his wife were shot to death by members of the Vichy regime and the Gestapo in Lyon, where they had sought refuge. But some of his books recently surfaced in—of all places—Minsk, the capital of Belarus. 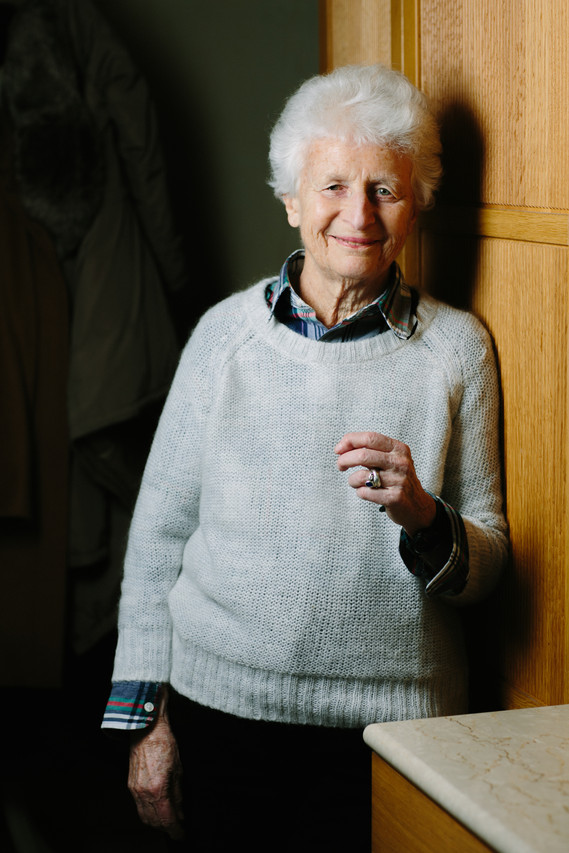 Françoise Basch, the granddaughter of Victor Basch, in 2015 in her Paris apartment, wondered about the looted volumes, ‘Why don’t those books come back to France?’

In 1945, the Soviets sent the books in 54 railcars to Minsk, where they have remained for 72 years, known to almost no one but a handful of researchers and professors. The mystery of how half a million French books ended up 1,300 miles from Paris in Minsk—and what to do with them—has captivated Holocaust scholars and historians.

The Nazis also looted art, grabbing paintings by Monet, Renoir, Picasso and others. This sparked a campaign in recent years to trace the works and return them to the owners or their heirs.

Now, the curtain is being lifted on the books the Nazis stole in France. Many belonged to prominent Jews such as the Rothschilds and Professor Basch, along with other “enemies” of the Reich, including Communists and Freemasons. Experts say that most Hebrew books or volumes on Judaism went to Frankfurt. There, the Germans created a research institute “on the Jewish question.” When Frankfurt came under American control after the war, there were efforts to return the books. But most owners were dead, so the U.S. turned the volumes over to a Jewish organization which distributed them to America, Israel and elsewhere; these in turn placed them in libraries and other institutions.

A trove of some 500,000 books looted by the Nazis in Paris ended up in Minsk. 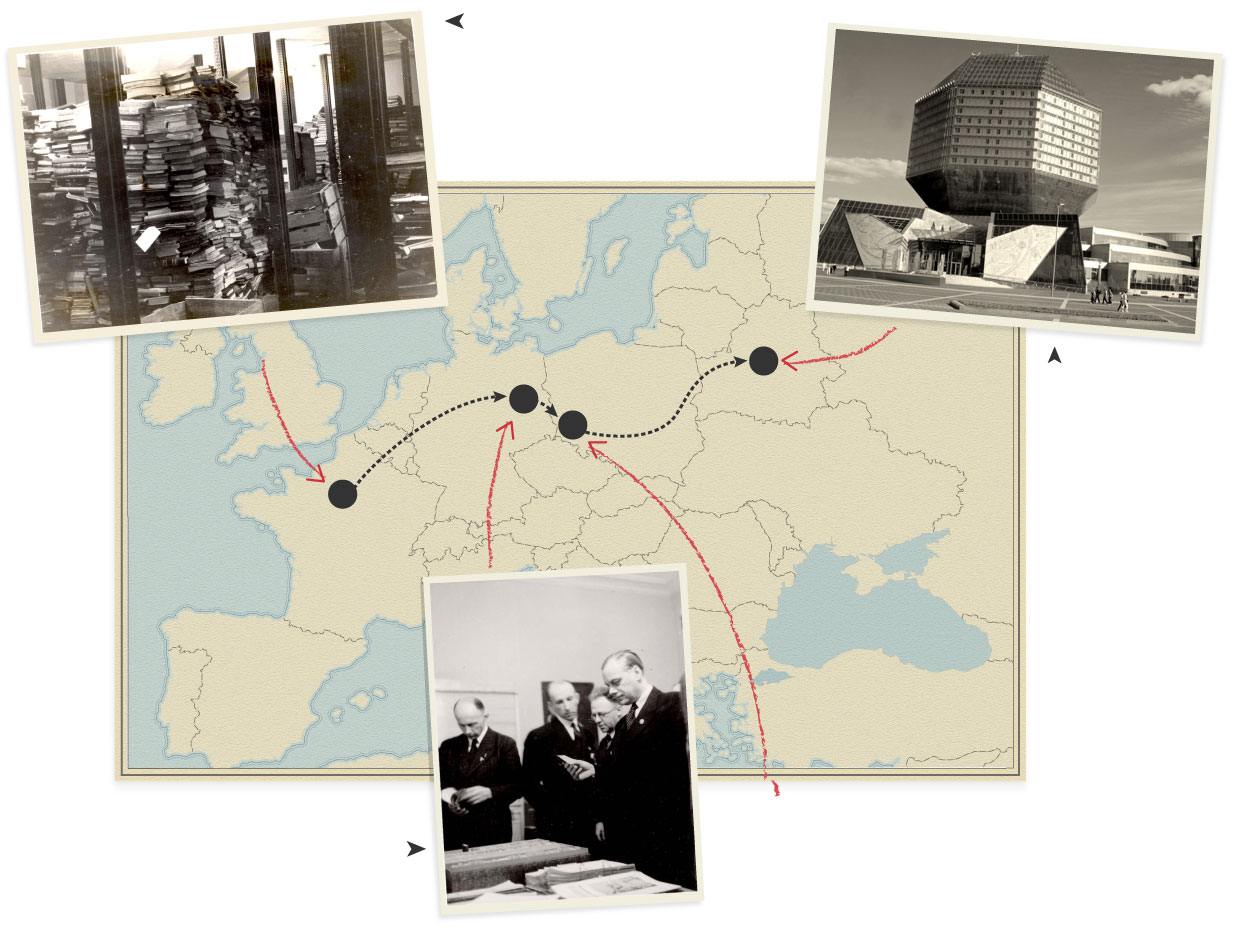 A large quantity of books ended up in Soviet hands. These were mostly secular works that went to Berlin, instead, and included novels by Victor Hugo, Marcel Proust, Emile Zola and Jean-Paul Sartre. There also were books on politics and philosophy, as well as volumes by Salvador Dalí and Marc Chagall. These were found after the war by the so-called Trophy Brigades of the Red Army—special divisions that picked up cultural property in occupied countries.

The French books were stored alongside hundreds of thousands of volumes the Nazis plundered from Belarus. Some experts say that—and the fact that Belarus longed to replenish what they had lost—is why so many of the books ended up in Minsk. 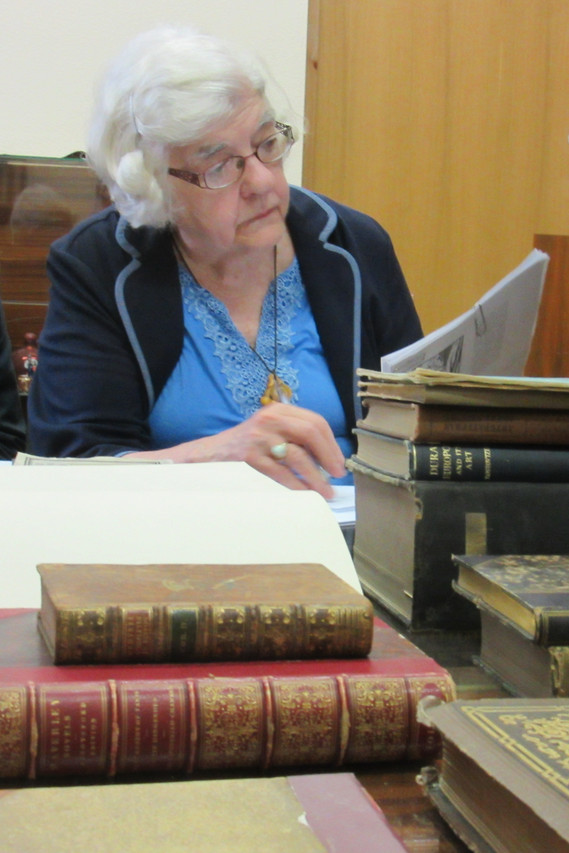 Patricia Kennedy Grimsted, who has tracked the path of many of the looted books, examined works in the Rare Book Department of the Library of the Academy of Sciences of Belarus.

Devastated by the war, the Soviets were in no mood for restitution. While they eventually gave back some cultural treasures, including some French archives, the books remained in Minsk and were barely discussed until the 1990s, after the fall of Communism.

Only in recent years have there been serious efforts to track and document the books that ended up there. One problem that slows the quest: Books typically don’t have the material value or sizzle that great paintings do.

“In many cases books are not unique,” says Patricia Kennedy Grimsted, senior research associate at Harvard’s Ukrainian Research Institute in Cambridge, Mass. “But,” she points out, “many of these are unique.”

Dr. Grimsted, who tracked the books’ journey from Paris to Minsk, says “they do have financial value—but not in the millions like the art.” Dr. Grimsted’s research received support from the Conference on Jewish Material Claims Against Germany, a New York-based organization tasked since 1951 with compensating Holocaust survivors using German funds. The organization, also known as the Claims Conference, has sought restitution for those who lost property or art. The Claims Conference is leading many of the efforts to examine the Minsk collection.

The books, taken from the private libraries of the Rothschilds and other prominent Jewish families in Paris, include first editions and volumes inscribed by French authors. A copy of “Sodom and Gomorrah,” part of Marcel Proust’s seven-volume “In Search of Lost Time,” bears the inscription: “This book is to take the place of all the phone calls I never answered, and the letter I never had the strength to send.” It is signed, “With great affection, your Marcel Proust.”

The books would also have value to victims’ relatives, such as Ms. Basch, who was very attached to her grandfather, a historian who taught aesthetics at the Sorbonne. According to Nazi records, a squad descended on Professor Basch’s Paris apartment in January 1941 and took 17 cases of books. The professor had already left, and ended up in Lyon, where he and his wife were executed in 1944.

Ms. Basch, who is herself a historian, says she was moved to learn about her grandfather’s books. “I am terribly excited that his books are somewhere and within reach and I might someday look at them,” she says. “But there isn’t much time,” she added, “I am 87. I mean this is such a slow process and these books are in Minsk.”

“Why don’t those books come back to France?” she asked.

France and Belarus have held conferences on the books, including one in Paris in March titled, “What became of the books plundered by the Nazis?”

In September 2016, a group of scholars from France, Belgium and America went to the National Library of Belarus and other Minsk libraries to meet experts and go over the books’ tortured history.

Wesley Fisher, director of research for the Claims Conference, helped organize the Minsk gathering. He recalled having to promise to the organizers that the meeting wouldn’t involve restitution, “which it did not,” Dr. Fisher says. “Do we specifically think these books should be returned? The answer in a perfect world is yes but it is not a perfect world,” Dr. Fisher says. The Claims Conference created a website on the looted books and the Minsk collection. 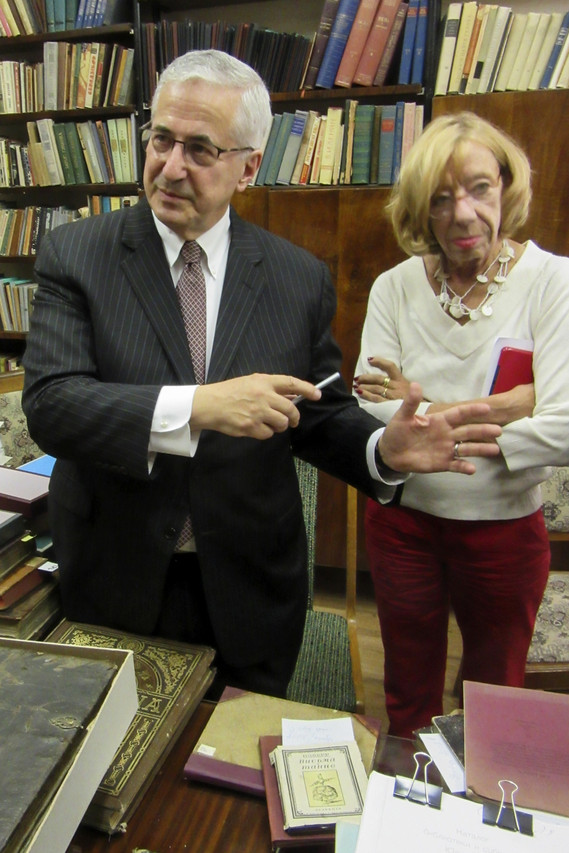 Vladimir Makarov, a scholar and retired professor in Minsk, penned an essay about the French trove and its tragic origins. “These libraries had their own holocaust,” he wrote. “They suffered as suffered many thousands of people who on political, racial or other grounds were considered enemies of the Reich.”

At the Paris conference in March, Anatol Stseburaka, an assistant professor at the School of Business and Management of Technology of the Belarusian State University in Minsk, said for years the books were decaying in an old church because there was no room for them in the library. After a new library building opened in 2006, the books were moved. Now, he says, they are well cared for. While he thinks researchers would be welcome, he worries about talk of restitution.

“Restitution is a bit of a taboo for us,” Mr. Stseburaka says, “We lost nearly all we had in the war.” But he feels “optimistic” there could be joint projects with Western scholars.

Aliaksandr Susha, deputy director of the National Library of Belarus, echoed that the country’s libraries lost most of their collections in World War II. He expressed a willingness for more exchanges. “We are ready for cooperation and interaction,” Dr. Susha noted, adding that his library welcomes foreign visitors and its collections are open to all. He also expressed willingness to discuss “the possibilities of the transfer and exchanges of publications,” including books. He labeled the notion of restitution “a very very difficult question” and added: “we are ready for such discussions.”

In France, François Croquette, roving ambassador for human rights and Holocaust issues, said he and his government were trying to “gather information about books looted by the Nazis and allow their lawful owners to get them back after such a long wait.” Mr. Croquette said France shall “keep insisting” on the issue with the Belarus government.

At the Journal’s request, Mr. Stseburaka searched for books belonging to Victor Basch in Minsk. He found five works inscribed to Professor Basch, including a book about Leonardo da Vinci and one about the world economic crisis.

Those books, says his granddaughter, “belonged to a French citizen, to someone who was assassinated because he was French and a Jew. So, why aren’t they restituted to France or to his family?”