April
New York Times 18 January 2008
By ELISABETTA POVOLEDO
After 18 months of intense negotiations, the New York philanthropist Shelby White has ceded 10 classical antiquities from her private collection that Italy contends were looted from its soil, the Italian culture minister confirmed this week. 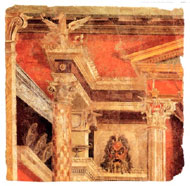 Nine of the 10 ancient Greek and Etruscan objects were delivered on Wednesday to the Italian Consulate on Park Avenue and will soon be crated and shipped to Italy, the minister, Francesco Rutelli, said in an interview in Rome. The remaining piece, a rare fifth-century B.C. Greek vessel, will go to Italy in 2010.

Mr. Rutelli said that Ms. White’s decision was “extraordinarily positive” as well as groundbreaking. “It is a generous and open-minded gesture,” he said.

Although Italy has successfully brokered accords for the return of artifacts over the last few years from American museums, including the Metropolitan Museum of Art and the J. Paul Getty Museum in Los Angeles, he said the arrangement with Ms. White was its first negotiated pact with a private collector in the United States. Unlike the museums, which will receive long-term art loans under the agreements, Ms. White will receive nothing other than Italy’s thanks in return.

Ms. White did not respond to messages left on Thursday. A spokesman for Ms. White, Fraser P. Seitel, said by e-mail, “We have nothing to report at the moment but will let you know.”

Ms. White has always maintained that she and her husband, Leon Levy, who died in 2003, bought their artifacts in good faith and had no knowledge that any may have been clandestinely excavated.

Ms. White, who sits on the Met’s board of trustees, is a major force in the city’s arts and educational philanthropy. With Mr. Levy, a Wall Street financier, she gave $20 million to finance the Met’s expanded wing of Greek and Roman art, which reopened last spring; the Leon Levy Foundation, for which she is the lead trustee, in 2006 made a $200 million gift of cash and real estate to New York University that will finance a new Institute for the Study of the Ancient World.

The artifacts given back by Ms. White include some of the finest showpieces in any private collection of classical antiquities in the world. Until recently, some were on view at the Met in an extended loan, including a red-figured vessel depicting Herakles slaying Kyknos, signed by the celebrated fifth-century B.C. painter Euphronios, and a pot with scenes of Zeus and Herakles attributed to the fifth-century B.C. painter Eucharides.

Italian investigators say that they have traced the Eucharides and some of the other artifacts to be returned to an Italian dealer convicted in 2004 of trafficking in illegal antiquities. Polaroid photographs seized in 1995 in a raid on two Swiss warehouses used by the dealer, Giacomo Medici, showed works either encrusted with dirt or in pieces, as if recently unearthed. Ms. White and her husband bought some of those objects from Robin Symes, a London dealer.

Italian government officials have not contended that the couple was involved in any crime, nor have they threatened Ms. White with prosecution. (A former curator from the Getty Museum has been on trial in Rome since 2005 on charges of conspiring to traffic in illicit artifacts.)

Although not accusatory, the negotiations with Ms. White were arduous and sometimes bitter, Italian officials have said. “It was “extremely complex,” Mr. Rutelli said.

One sticking point was Ms. White’s insistence that the Italians pledge never to pursue any other piece in her collection again.

Ultimately Italy agreed that it would not lay claim to any additional objects that were cataloged for a 1990 exhibition at the Met, “Glories of the Past: Ancient Art from the Shelby White and Leon Levy Collection.” But if evidence were to surface that any other artifacts she owns were looted in Italy, the accord would allow Italian prosecutors to pursue their return.

Mr. Rutelli, who met twice with Ms. White last year, in Washington and New York, said he had been impressed by her “firm determination” during their talks. Others privy to the negotiations, which involved lawyers on both sides of the Atlantic as well as former and current diplomats, described her as a tough negotiator who doggedly maintained that the works in question had been bought from dealers and auction houses in good faith.

“She had an attitude of ‘Why me? There are other collectors out there,’ ” said one official who asked not to be identified for fear of offending Ms. White by describing the talks. “The truth is, because she’s lent so many of her pieces, she was very visible. Other collectors tend to keep their antiquities at home.”

While the 1990 show of nearly 200 objects at the Met was a crowd pleaser, the exhibition catalog stirred questioning among many archaeologists and scholars about the objects’ provenance and the couple’s aggressive collecting practices.

In a 1999 study, two British archaeologists, David Gill and Christopher Chippendale, wrote that 93 percent of the pieces in “Glories of the Past” had no known provenance, suggesting that they were spirited away from archaeological sites. And Italian investigators also relied heavily on the catalog to match Levy-White objects to paper and photographic documentation from the Swiss warehouse of Mr. Medici.

The evidence yielded in the Medici warehouse raids has also been crucial to Italy’s successful recovery of works from American museums, including the Met, the Getty, the Museum of Fine Arts in Boston and the Princeton University Art Museum. Still, the criticism Ms. White has drawn from archaeologists is somewhat of a paradox. Passionate about archaeology, she and her husband were long known not only as collectors but also as major sponsors of excavations in Israel, the Aegean, Iran, Turkey, the Balkans and elsewhere. Ms. White continues to finance digs and the publication of archaeological discoveries.

Under the terms of the accord, Ms. White’s Euphronios vessel will remain in her possession for two more years before returning to Italy.

In the museum world, much speculation now centers on where Ms. White’s priceless antiquities collection — hundreds of objects ranging from prehistoric Aegean artworks to artifacts from the Middle East and Central Asia — will ultimately end up. She has always said that the works will be given to public institutions.

As the Italian investigation into artifacts in museum collections in the United States and Europe continues, Mr. Rutelli was asked whether Italy was also focusing on additional private collectors.

He said only, “The coming year will be full of surprises.”