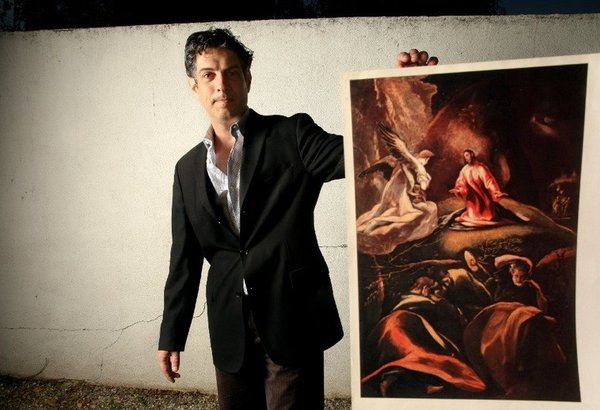 David de Csepel holds a photocopy of El Greco's "The Agony in the Garden," one of the works he is trying to recover from the Hungarian government. (Mel Melcon / April 19, 2013)

The heirs of the Budapest-based Jewish banker Baron Mor Lipot Herzog have cleared a major legal hurdle in their decades-long quest to force Hungary to return dozens of artworks from Herzog's collection that were looted during World War II.


In 2010, Herzog's great-grandson David de Csepel of Altadena led his family in suing Hungary and three of its museums for the return of more than 40 artworks valued at $100 million, including masterpieces by El Greco and Zurbaran.

While generally foreign countries cannot be sued within U.S. courts, the family argued that they could sue Hungary under exceptions provided by the Foreign Sovereign Immunities Act.

In 2011, a federal court allowed the case to proceed in U.S. courts for all but 11 artworks, works that Hungarian courts had previously ruled could remain in the country.

Now, after considering appeals from both sides about the 2011 ruling, the federal appellate court for Washington, D.C., has issued a decision allowing that the suit proceed for all artworks, including the 11 that had previously been excluded.

Lawyers for Herzog's heirs had argued that the family did not receive a fair trial from the Hungarian courts.

In its opinion issued Friday, the appellate court wrote, "Because nothing in the complaint contradicts the family’s claims of due process violations, dismissal at this stage was inappropriate. Of course, we express no opinion as to whether the due process violations alleged by the family actually occurred.... These issues are properly addressed at summary judgment or trial."