The British Museum agreed to compensate descendants of a Jewish art collector who owned a medieval German drawing in the style of Georg Pencz, which the Gestapo looted from his home with the rest of the family’s art collection in March 1939. The museum accepted a spoliation claim by collector Arthur Feldmann’s grandson, Uri Peled. It made an ex gratia payment that allows the museum to keep the drawing, “Young Couple in a Landscape,” painted around 1535-45. 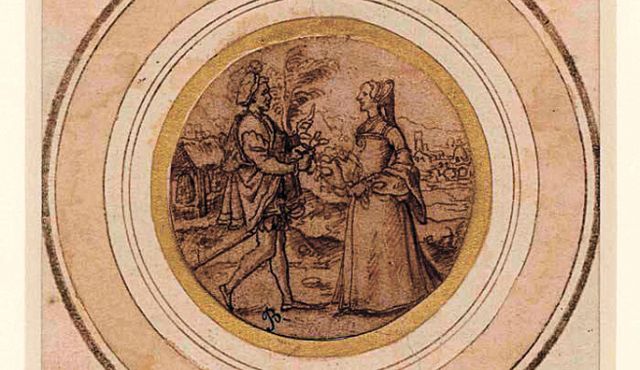 The drawing had been acquired by the museum in good faith from Mrs. Rosi Schilling, in 1993. Peled, who lives in Tel Aviv, proved after extensive research that the drawing had originally belonged to his grandfather and was seized from him in Brno, Czechoslovakia, in 1939. Neither of the Feldmanns survived the war.

“Young Couple in a Landscape” was sold at Sotheby’s in 1946 and later acquired by the London collector Edmund Schilling, whose wife Rosi bequeathed it to the British Museum.

“The Feldmann family is very happy that the drawing will remain in the British Museum collection,” Peled said. “Whenever we can, the family prefers to leave drawings with museums to be enjoyed by visitors and scholars and instead ask to be compensated for their loss.”

Jonathan Williams, deputy director of the British Museum said, “We are delighted that once again Mr. Peled is keen that this work remain in the British Museum’s collection for the widest public benefit. This drawing, and others from the original Feldmann collection, will serve as a permanent memorial both to the outstanding importance of Dr. Feldmann’s collection, and to the terrible circumstances of its spoliation and dispersal.”

The museum agreed to pay for the drawing a sum similar to its open-market value. Although the sum was not disclosed, it is believed to be around 6,000 pounds.