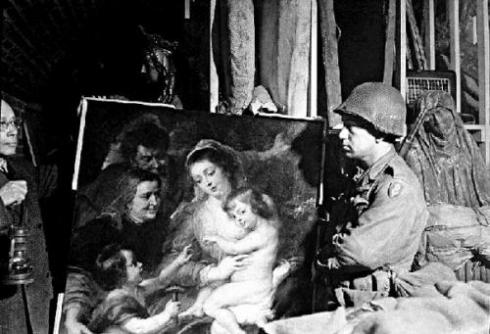 When the news broke last October that a hoard of Nazi looted art had been recovered from a pensioner’s grimy Munich flat, the public response was one of astonishment.

But Anne Webber was not surprised. For her, the discovery was merely further confirmation of what she had long-known — that German authorities remain reluctant to tackle one of the key remaining legacies of the war.

Revelations about the haul of almost 1,400 paintings — including works by Picasso and Renoir and valued collectively at £1 billion — have raised unprecedented public interest in the issue.

As the co-chair of the Commission for Looted Art in Europe, Ms Webber has spent 15 years working with governments and campaigning for families still seeking the return of their artwork after 70 years.

Little could Ms Webber have imagined that a reclusive German art collector called Cornelius Gurlitt would cause such fevered interest.

“We’ve been inundated with queries from claimants and families from all over the world,” she said.

“This discovery made people feel that it might lead to all the missing pieces. The size of it was so impressive. People who had given up hope in many cases perhaps now feel there is a chance.”

When the discovery was made public — two years after it was initially found — Ms Webber said the German authorities were responsible for a “conspiracy of silence”.

She stands by that claim now. “We know that Nazi dealers were able to keep hold of their collections after the war and have been laundering them in the decades since.

“Leading figures in the German and Austrian art worlds asked why there was such a fuss [after Gurlitt], because ‘everybody’ knew about the collection. Everybody knew apart from those people to whom it mattered most — the families. 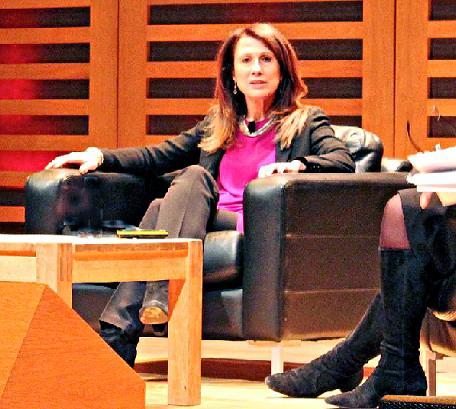 Ms Webber said that the office of German Chancellor Angela Merkel — who was visiting the UK this week — “was told about the discovery almost two years before it was revealed to the public, yet even at that level the German authorities didn’t feel it was necessary to communicate about this”.

She added: “You are dealing with a pervasive culture of secrecy. The museums in Germany have been very slow and unwilling to research, disclose and return the looted artworks they have. Germany has a very poor record on this.

“Of all the issues Germany has dealt with after the war, art is the one which is its Achilles heel.”

Ms Webber helped set up the Commission for Looted Art in 1999 with David Lewis, former president of the European Council of Jewish Communities. A team of researchers now works across Europe and the United States.

A former documentary-maker, Ms Webber developed her interest in looted art after she produced a film in 1996 about a case involving an American GI who stole pieces at the end of the war.

She also looked into the case of a Dutch family almost entirely wiped out in the Nazi death camps, but whose daughter Lily — now 94 and living in Italy — was attempting to reclaim art stolen from the family home.

One piece was found in Chicago after being bought by a billionaire for a local gallery. Ms Webber said: “He got a letter from the family, saying ‘can we have it back?’. He knew very little about it. I filmed both sides. Directly as a result of the film there was a settlement in the end. I was delighted.”

The case became a model. “We are very committed to not creating two victims. If someone has bought in good faith then you want to find equitable solutions. The present-day possessor may be a victim of the art market, too,” she explained.

“It became very clear that there was no organisation in Europe to help families who were single-handedly searching for their artwork.”

The outcome of a major conference in Washington DC in 1998 has formed the basis for the commission’s work. The governments of 44 countries endorsed principles for dealing with Nazi-looted art, aimed at speedily identifying stolen pieces, researching their provenance and returning them to their owners.

But, said Ms Webber, the results have been negligible. While Austria has returned over 50,000 items, other nations have not yet started researching. “Britain has been at the forefront of implementing the Washington Principles, but many other countries have not implemented any of them.

“Look at France — it hasn’t done the research it committed to. Italy refuses to restitute. Poland is the same.”

Ms Webber spoke at a packed Jewish Book Week event on Sunday discussing whether there is now a “time of reckoning” for countries with a questionable record on restitution.

“There have been more articles on art restitution since the Gurlitt case broke than there have been in decades. It could be a turning point. There is a new determination that this has to be dealt with. It’s 70 years on and it’s shameful that this hasn’t been resolved yet.”