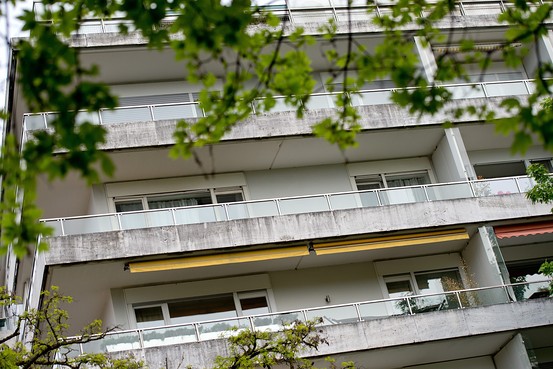 The Munich apartment building where German art collector Cornelius Gurlitt lived and where further art works have been found, according to the task force investigating the collection.

BERLIN - A further "handful" of works by major artists were found in the apartment of Cornelius Gurlitt after his death in May, including two sculptures that are believed to be by Edgar Degas and Auguste Rodin.

The task force charged with researching the provenance of Mr. Gurlitt's collection announced the additional finds, including the Degas and the Rodin, on Thursday in a statement. In early 2012, Augsburg-based prosecutors confiscated 1,400 works of art from Mr. Gurlitt's Munich apartment as part of an investigation into his taxes but their existence wasn't made public until November.

"We only received these works in the past few days," said Matthias Henkel, the task force's spokesman, who said that the Munich probate court in charge of dealing with Mr. Gurlitt's estate handed the "handful of artworks" including the presumed Rodin and Degas statues over to the task force.

Mr. Henkel said he didn't know why the Augsburg-based prosecutors who spent two full days in 2012 clearing out the apartment of Mr. Gurlitt—whose father had been a major art dealer for Adolf Hitler—ago didn't confiscate the works at that time.

The probate court confiscated the newly found works, along with other possessions comprising Mr. Gurlitt's estate, after his death on May 6. Mr. Gurlitt left his estate to the Kunstmuseum in Bern, Switzerland, but the museum has yet to officially accept the inheritance and has until the end of this year to do so.

Under the conditions of the will, all artworks in the estate must be vetted by the task force, which international experts and government officials, including many from Israel and the U.S., have criticized for its opaque handling of the investigation into the provenance of the works.

The exact value of the collection is unclear. But the task force earlier this summer declared that a work in the collection by Henri Matisse —which experts value at around $20 million—had been looted by the Nazis. The work once belonged to Matisse's dealer, Paul Rosenberg, whose heirs are currently seeking to have it returned.

Mr. Gurlitt's case became a catalyst for an international uproar over how Germany has handled the confiscation of the other 1,400 works in the collection of the octogenarian recluse. Proscutors had kept the find secret in violation of international norms known as the Washington Conference Principles on Nazi-Confiscated Art, which Germany signed up to in 1998.

It is unclear how many of those works were looted by the Nazis, but Hitler tapped Mr. Gurlitt's father, Hildebrand, to lead the Führermuseum he planned for Linz, Austria after World War II. Hildebrand Gurlitt was known among academics for helping non-Jews assemble collections of looted art even during the war.

Mr. Henkel said that images and details of the works will be posted "as quickly as possible" on www.lostart.de, the task force's website, and that experts and families who believe the works are theirs "should please call or email us."

"We released these preliminary details first today to show that we are trying to be as transparent as possible" in future handlings of Mr. Gurlitt's case, he said.