The 19th-century landscape by Oswald Achenbach, missing since 1946, turned up in a Cologne auction catalogue 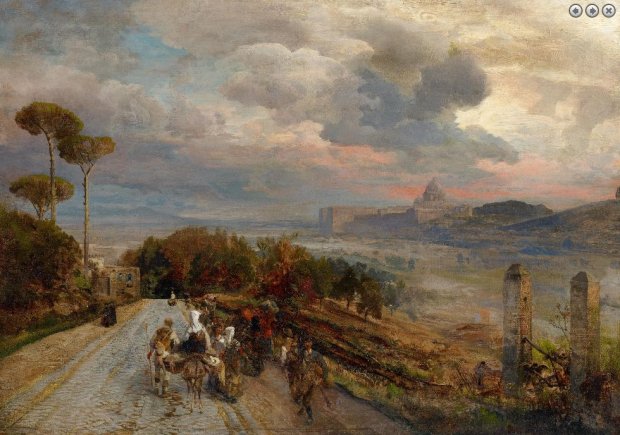 Oswald Achenbach's Via Cassia near Rome, 1878

A painting by the 19th-century Düsseldorf-based artist Oswald Achenbach has been returned to Wroclaw, Poland, 50 years after going missing in the aftermath of the Second World War.

In May, employees of the Polish Department for War Losses spotted Via Cassia near Rome, 1878, in a Van Ham, Cologne, auction catalogue (est. €12,000-€15,000). The Ministry of Culture and National Heritage contacted the National Museum in Wroclaw, which promptly assembled the documentation to prove its claim to the painting. Although individuals in Germany are not legally required to return looted works of art, due to the country’s statute of limitations, the owner of the painting agreed to give it back to the museum, where it will be displayed in the coming months. 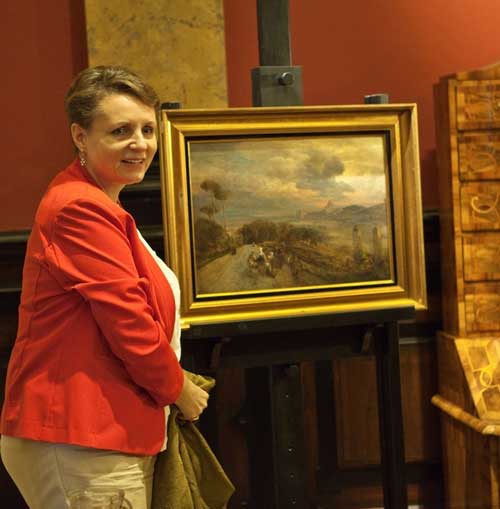 “This is a huge symbolic victory for us,” says Piotr Oszczanowski, the director of the National Museum in Wroclaw. “We will research, conserve and display the painting, which should serve as a good argument to entice other [collectors] to make the same decision.”

Via Cassia near Rome was part of 100 paintings bequeathed by the collector Conrad Fisher to the Schlessisches Museum für Bildende Kunst in Breslau in 1907. Shortly before the end of the war, the museum’s holdings were evacuated and the last-known location of the painting was a storage facility in Kamenz, Germany. It has been lost since 1946.

The Schlessisches Museum für Bildende Kunst was badly damaged in the war and no longer exists. Some of the few works that survived went to the National Museum of Wroclaw that was established after the war ended.