Nazi looted art could be in Australia, says report

Australia has not done enough to ensure Nazi-confiscated artworks and books are not in the collections of its public galleries and museums, says the main organisation active in the restitution of property looted from Holocaust victims.

Two months ago the National Gallery of Victoria agreed to restitute, Head of A Man, a painting once attributed to Vincent Van Gogh and held by the gallery since 1940, believed to have been sold under Nazi duress in 1933.

This was the first case of its kind in Australia. Australia is obliged to return artworks identified as having been stolen from Jews or return to the owner or their descendants. 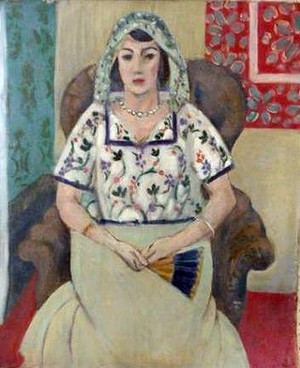 A Woman Sitting in a Chair by Henri Matisse was in the Gurlitt collection.

A survey of 50 countries by the Conference on Jewish Material Claims Against Germany and the World Jewish Restitution Organization shows Australia is among the two-thirds of nations who have endorsed agreements regarding Nazi-era looted art but done little or nothing to implement those pacts.

Australia was sent 3,307 books from the body, established in 1947, to distribute heirless Jewish property collected from the American-occupied zone in Germany.

"So far as is known, no provenance research has been conducted on these JCR holdings or on other Judaica that may have reached Australia during or after World War II," the report said. 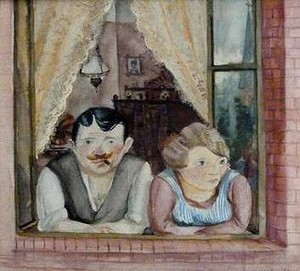 Man and Woman in a Window by Wilhelm Lachnit was in the Gurlitt collection.

The discovery of the Gurlitt collection, an inheritance from a Nazi-era dealer, discovered and seized by German officials two years ago in the course of a tax investigation, was a wake-up call to all institutions to research the provenance of all works.

The Gurlitt collection includes about 1600 artworks of which two sculptures believed to be by Auguste Rodin and Edgar Degas and a possible Claude Monet.

Austria, Germany, the Czech Republic and The Netherlands had made major progress in researching the provenance of collections while Italy, Poland, Serbia, Romania, the Vatican, Brazil and Turkey had not. 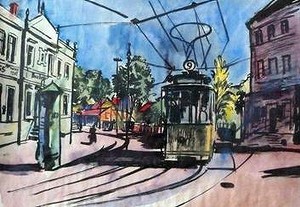 Street Tram by Bernhard Kretschmar was in the Gurlitt collection.

The report found that no research had been done on cultural and religious artworks that might have entered Australia during or after World War II.

Due to the lack of research, it was not possible to determine if looted cultural and religious artworks were in Australia, except where museums have completed their own due diligence.

Provenance research should be part of a good ethical common museum practice, the report said. It called for an end to secrecy and the establishment of an international association of researchers to take on the task of establishing provenance of all archived objects.