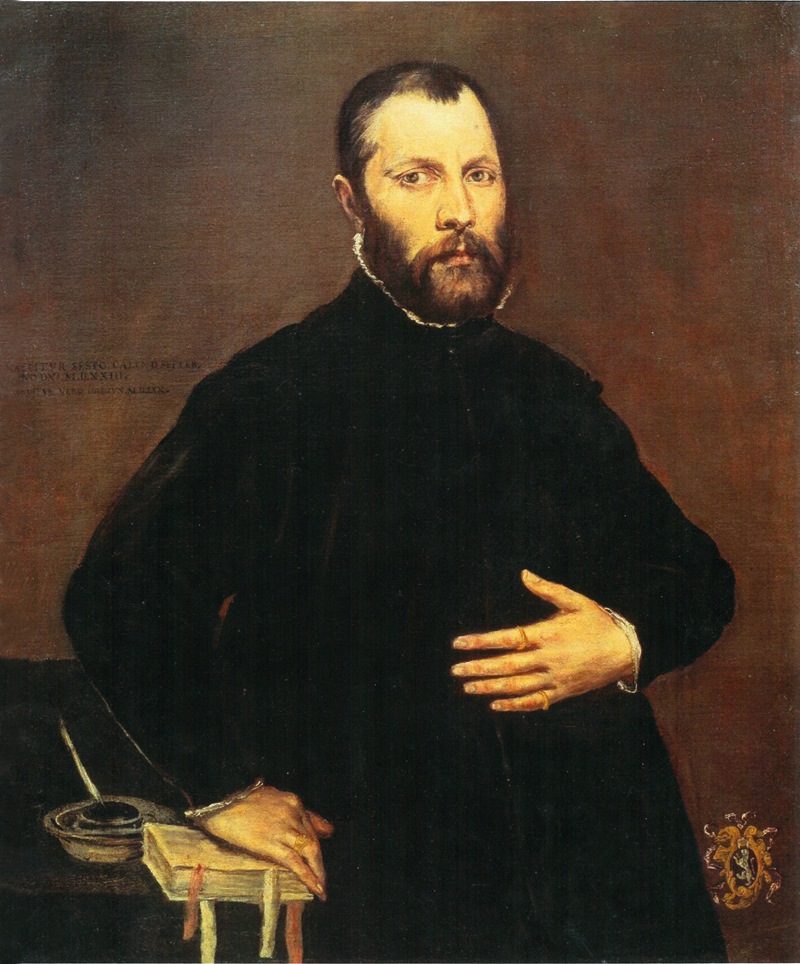 El Greco, Portrait of a Gentleman.

An anonymous dealer has happily returned an El Greco portrait seized by the Nazis to the heirs of its rightful owners. The canvas has been restored to the descendants of Julius Priester, a Viennese banker, industrialist, and art collector.

It was listed in exhibition catalogues as being in the collection of New York's Knoedler & Co, who bought the painting from the Viennese dealer Frederick Mont. Mont acquired the painting from a dealer who worked with the Gestapo, according to Anne Webber, co-chair of the Commission for Looted Art in Europe, the London nonprofit that secured the painting's return. The painting's provenance was scrubbed, with records indicating that it came from the collection of one "Ritter von Schoeller, Vienna."

artnet News' sources indicate that the work was offered at the TEFAF fair in 2014 with an asking price of $650,000, and that the dealer claimed to have sold it for than $1 million.

"The painting is actually in the same frame in which it appears in photographs from Priester's dining room," Webber told artnet News by phone today. "These cases often take a great deal of time to resolve," she added, "but this one was a model of speed and was resolved in a few months."

The painting provides an example of the ways that unscrupulous sellers mask the provenance of paintings seized by the Gestapo.

"Von Schoeller did exist," she said, "but we have no information to indicate that he actually owned the painting." Paintings were also frequently attributed to other artists, she added, in order to foil those seeking restitution.

Priester fled to Paris in 1938, leaving for Mexico City in 1940, and his art collection was seized by the Gestapo in 1944. He never returned to his home country. Directly after the end of the war in 1945, Priester publicized his collection, but it has taken decades for some of the works to be recovered. In 2004, Corneille de Lyon's Portrait of Jean d'Albon (1539) was returned to Priester's heirs. That painting had resided in the Virginia Museum of Fine Arts, in Richmond.

Also restored to Priester's heirs since then are paintings by Lucas Chranach and Pintoricchio; still missing are canvases by Rubens and Van Dyck, among others.

Portrait of a Gentleman became available for sale in New York in June, on commission from a London dealer. The Commission identified the painting on the unnamed New York dealer's website and filed a claim for its return. The Commission takes credit for returning over 3,500 items to their rightful owners.