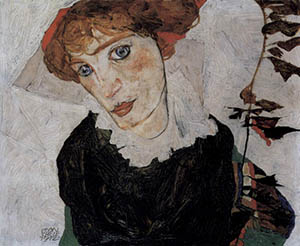 As was discussed last week by the Jewish Voice editorial staff on this page, it appears that the issue of proper and transparent restitution of Nazi looted art work has once again dominated the headlines. With each passing day, a veritable dearth of information on this pressing subject has emerged, yet a clear cut resolution seems murkier than ever.

The provenance of such art work that hangs on the walls of museums around the world, but particularly in Europe, have not been thoroughly vetted as claims with veracity are made by heirs of their original owners.

Just recently, an agreement was struck between the Leopold Museum in Vienna and the Jewish community there who had represented the interests of Eva Zirki, 95, of New York City. The issue at hand was the fact that the museum knowingly had in its possession two Nazi-looted works by Egon Schiele. These pieces of art were indeed originally owned by Jewish businessman and art collector Karl Maylaender of whom Mrs. Zirki was an heir. But resolution of this matter took over two decades. In 2010, an Austrian government panel in a nonbinding decision recommended that the museum return the works.

One can only wonder how many other pieces of fine art that the Nazis absconded with are also on display throughout Europe.

While we applaud the efforts of those engaged in Holocaust restitution research and those who are determined to elucidate on the provenance of such art work, we believe that insufficient measures are being taken to resolve this protracted battle for justice.

Last week, we issued a call to Ronald S. Lauder, the president of the World Jewish Congress to join the Jewish Voice in establishing a formidable data base of art that was stolen by the Nazis from their Jewish owners.  This data base would not only focus of art work that is currently housed in museums but would also seek to acquire information about private collections.

The report indicated that some restitution experts suggest that Mr. Lauder’s prominent role requires complete transparency, at least when it comes to art that may have changed hands in Nazi-occupied Europe.

In his defense, he told the paper at the time that he had about a dozen employees devoted to his collection, and that their responsibilities include "thoroughly researching the provenance of any piece he acquires."

While addressing audiences around the globe on this subject is important in furthering public awareness, sadly, it fails in expeditiously discovering provenance of such paintings and drawings.

As the proverbial hands of time tick relentlessly, it is clear that in the next decade or so, the heirs of the original owners of said paintings will no longer be with us.

Mr. Lauder, we speak to you in your capacity to spotlight this issue. Because we are those who genuinely respect and greatly admire your tenacious efforts to retrieve Nazi-looted art, we call upon you and the WJC to place restitution work on the top of your priority list.