A painting stolen by the Nazis after the invasion of France during the Second World War has been returned to its rightful owner by authorities in Salzburg. 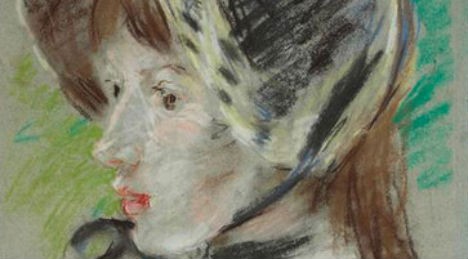 The artwork “Jeanne Pontillon à la capeline” by artist Berthe Morisot was painted in 1884 and belonged to the David-Weill family in France until it was stolen by the Nazis after the invasion in 1940.

The piece was since bought by gallery owner Friedrich Welz, who then donated his collection to the state-owned Museum der Moderne Salzburg.

According to the museum, Welz's "questionable role" in the Austrian art trade during the Nazi regime became obvious towards the end of the 1990s, leading to the institute carrying out provenance research on the collection.

After Salzburg researcher and historian Susanne Rolinek identified in 2009 that the painting was without doubt stolen artwork, the museum set about returning the piece to it’s rightful owner.

“That was very complicated,” said local Green politician Sepp Schellhorn responsible for art and culture in the region, speaking to the ORF. “There are twenty different heirs spread about in three different lands.”

This week in a ceremony in Salzburg the piece, worth today between €50,000 and €80,000, was handed to French gallery owner Elizabeth Royer-Grimblat who is representing the French heirs.

There have been several cases of Nazi-plundered artwork held in Austria being returned to owners in recent years.

To read the press release from Salzburg, click here.

A long dispute about five works from the artist Egon Shiele was finally resolved earlier this year after Vienna’s Leopold Museum agreed with the artwork’s rightful owner to return two pieces to her.

Experts say the latest case in Salzburg is somewhat unusual for Austria as efforts to reunite the artwork with its owner were led by Austrian authorities, rather than from the side of the heirs.

“In this case the province of Salzburg decided to give back the picture to it’s rightful owners,” said Royer-Grimblat.  “That is quite a rare case, because very often the rightful owners must themselves search in museums for stolen pictures.”

In a statement released by the regional government when the painting was first exposed as stolen, they said that they felt “obliged for moral and historical reasons” to return the work.