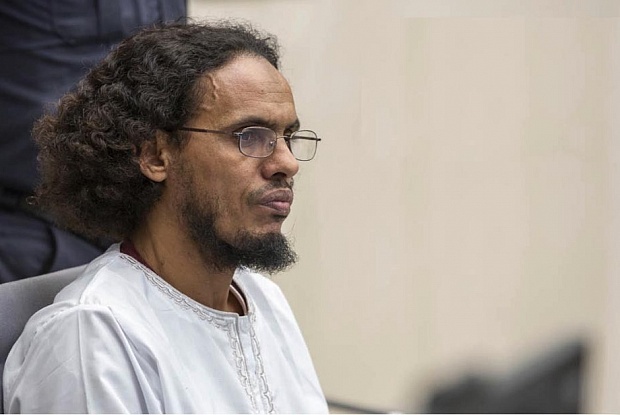 Ahmad al-Faqi al-Mahdi is on trial for destroying historic monuments in the ancient city of Timbuktu. It is the first case of its kind.

In the first case of its kind, the Islamic extremist Ahmad al-Faqi al-Mahdi has today (22 August), pleaded guilty to war crimes for destroying historic monuments in the ancient city of Timbuktu in northern Mali. Al-Mahdi is accused of ordering the razing of nine mausoleums and the 15th-century Sidi Yahia mosque. It is the first time the International Criminal Court (ICC) in The Hague has heard a case about the demolition of cultural heritage.

Prosecutors have been working with Situ Research, a New York-based design studio, to develop a new digital platform to present the various types of visual evidence documenting the destruction of the religious sites. “It’s meant to serve as a tool for the lawyers to use in court dynamically,” says Brad Samuels, the research director at Situ Research.

Funded by the MacArthur Foundation in Chicago and the Oak Foundation in Portland, the new platform will allow the judges to access photographs and videos taken by local citizens and TV networks before, during and after the mausoleums were knocked down. Drawings of the sites will also be presented as evidence, while satellite imagery will show the scale of the systematic destruction. “The interactive tool is the primary vehicle for presenting the evidence of destroyed cultural heritage in this case,” Samuels says.

Prosecutors say Al-Mahdi belonged to Ansar Dine, an Islamist group with links to al-Qaeda. They also claim he led an anti-vice squad called Hesbah, which helped enforce sharia law on behalf of the Islamic court of Timbuktu during the Mali conflict in 2012 and 2013.

Al-Mahdi described himself at a court hearing last September as a graduate of the teachers’ institute in Timbuktu and a civil servant in Mali's education department.

During their occupation of Timbuktu, militants demolished Medieval shrines and tombs of Sufi saints, as well as the Sidi Yahya mosque, which was built in 1440 and contained Prof Sidi Yahya’s mausoleum. The buildings, which formed part of the Unesco World Heritage site dubbed the “city of 333 saints”, were considered blasphemous by the jihadis. Around 4,000 ancient manuscripts were also lost, burned or stolen. Over the past few years, Unesco has rebuilt many of Timbuktu’s mausoleums.

Such cultural destruction “is tantamount to an assault on people's history. It robs future generations of their landmarks and their heritage”, the ICC's chief prosecutor Fatou Bensouda told AFP.

“No one who destroys that which embodies the very soul and the roots of a people through such crimes should be allowed to escape justice,” she said.