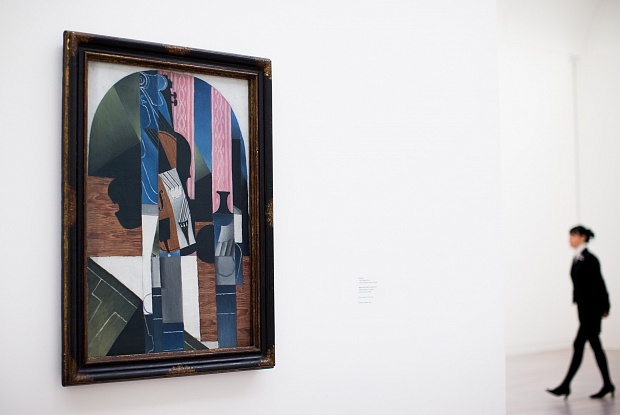 The Limbach Commission came under fire over this Juan Gris still-life, now in the public collections of North Rhine Westphalia and claimed by the family of Alfred Flechtheim.

The German culture minister Monika Grütters has announced plans to reform the Limbach Commission, a panel set up in 2003 to mediate in Nazi-looted art ownership disputes and to help ensure Germany fulfils its commitments under the 1998 Washington Principles.

The panel has come under fire for a lack of transparency, the length of time it takes, failure to appoint a Jewish member and the low number of cases it has mediated. Ronald Lauder, the founder of the Commission for Art Recovery and president of the World Jewish Congress, says the panel appears “cold and distant” to the heirs of Jewish collectors trying to claim back art looted or sold under duress during the Nazi era.

“Thirteen years after it was established, it is time to think about the future development of the commission in the interest of improved implementation of the Washington Principles,” Grütters said in a statement in June. Culture officials from the 16 German states and municipal associations agreed to set up a working group to recommend reforms. A spokesman for Grütters said proposals should be presented in 2016.

The non-binding Washington Conference Principles on Nazi-Confiscated Art, endorsed by 44 countries in 1998, include a recommendation that governments should establish independent commissions with “a balanced membership” to “assist in addressing ownership issues”. France, the UK, the Netherlands, Austria and Germany have all set up panels.

But Germany’s interpretation of the phrase “balanced membership” has not so far included the appointment of a Jewish panel member. In an interview with the New York Times in March, Grütters said that was intentional because a Jewish person “would be the only voice who would be prejudiced”. Her comment unleashed a storm of accusations of anti-Semitism. After meeting Lauder in New York, Grütters pledged to appoint a Jewish member and this is expected to be part of the pending overhaul.

Since it was set up, the German commission, run by the former constitutional court judge Jutta Limbach, has made only 13 recommendations; the Dutch equivalent has issued more than 140 since 2002. Unlike the Austrian and Dutch panels, the German commission can only mediate if both sides agree. Some German museums have refused to allow claims to be referred to the panel.

Hermann Parzinger, the director of the Prussian Cultural Heritage Foundation, said last November: “It would certainly be right and desirable to allow the commission to be called by just one side. If a public institute has good reasons to reject a restitution claim, then it shouldn’t be afraid of the advisory commission’s procedures.”

Two of the commission’s recommendations in 2016 have sparked controversy. In February, the family of Alfred Flechtheim withdrew its claim because of what it called procedural irregularities. Only four members of the eight-person panel were present at a hearing on the case of a Juan Gris still-life, now in the public collections of North Rhine-Westphalia and claimed by Flechtheim’s heirs.

The second controversy concerns a claim on Weekday in Paris (1869), a painting by Adolph Menzel in the Dusseldorf Kunstpalast, by the family of the Jewish banker Eduard Behrens. The panel ruled that Jewish bankers were not suffering persecution in July 1935 when Behrens sold the work, and he had therefore not sold it under duress. Lawyers said this was a distortion of the facts and that all Jews faced anti-Semitic discrimination from 1933.

Henning Kahmann, a lawyer with the Berlin firm von Trott zu Solz Lammek, said such incidents and the commission’s lack of transparency have “contributed to a weakening of the effectiveness of the Washington Principles”, the reverse of the panel’s intended role.