Unusual Case of Nazi-looted Artwork That Turned Up in Israel

A Max Liebermann painting stolen by the Nazis was auctioned in Germany to a Holocaust survivor – but now the heir of its original owner wants it back. 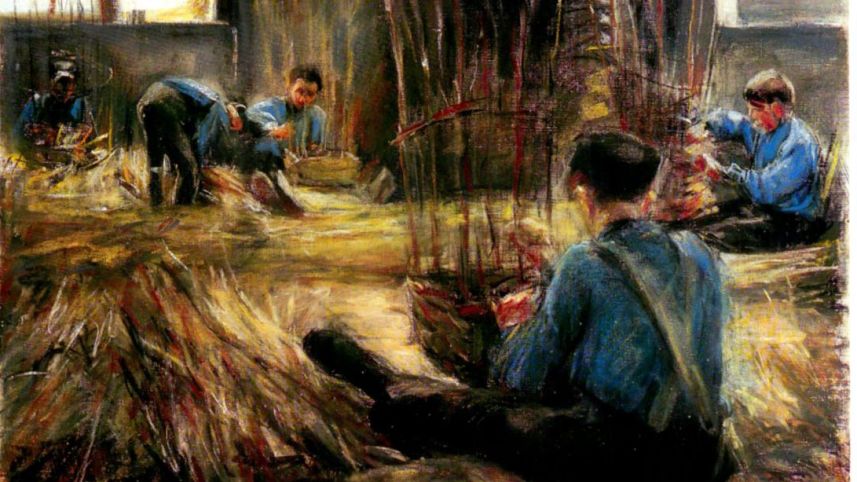 After years of hope, the email David Toren had been waiting for arrived a month and a half ago. A painting the Nazis had stolen from his family during the Holocaust, which Toren, 91, had been looking for everywhere, had been found, in perfectly good condition. Where was the “Basket Weavers,” painted by the German-Jewish impressionist Max Liebermann? As fate would have it – in Israel, and even more weirdly, it was in the possession of a Holocaust survivor.

Earlier this year Toren had made an emotional plea through the press to the unknown person possessing the painting: “Be fair. Return the stolen art you hold.”

Toren’s family had been forced to sell the Liebermann painting to the Nazis before the war, following which, all traces of the painting were lost – until July 31, when the email arrived, from a Jerusalemite lawyer named Meir Heller.

Writing on behalf of a client, Heller wrote that the painting is owned by an Israeli businessman and Holocaust survivor himself. He had fought the Nazis and does charitable work with other Holocaust survivors. The client had bought the painting in good faith in the year 2000, Heller wrote, without knowing its source, through the Berlin auction house Villa Grisebach, and preferred to keep his identity secret for fear of damage to his good name. The client had paid about 130,000 euros for the painting, Heller wrote. Only now, 16 years after the purchase, did the client realize the source of the work.

Talking with Haaretz this week, Heller confirmed that the buyer found himself “in the eye of a storm, in utter shock” and utterly appalled to discover that the painting had been owned by Jews before the Holocaust.

At Heller’s advice, the buyer contacted The Company for Location and Restitution of Holocaust Victims’ Assets, which handles assets stolen by the Nazis from Jews that wound up in Israel. The Company suggested that the parties reach a compromise, under which the buyer would donate the painting to a museum and cite the original ownership by Toren’s relative. The buyer agreed. Toren did not.

“We suggested that we buy the painting from him at cost, present it for three years in the museum and promise not to sell it for seven years,” David Toren’s son, Peter Toren, told Haaretz.

“This is the first time I hear of an offer like that,” Heller said in response. “Toren is mixing up all kinds of offers he threw out and is combining them together into an improved offer, apparently in honor of the article.”

Either way, the negotiations fell through. The unnamed buyer felt offended by what he interpreted as Peter Toren’s attempt to accuse him of knowing that the painting had been stolen by the Nazis. For his part, Peter Toren claims in conversation with Haaretz to have been misunderstood; in any case, the lack of faith between the parties led them to stop talking. 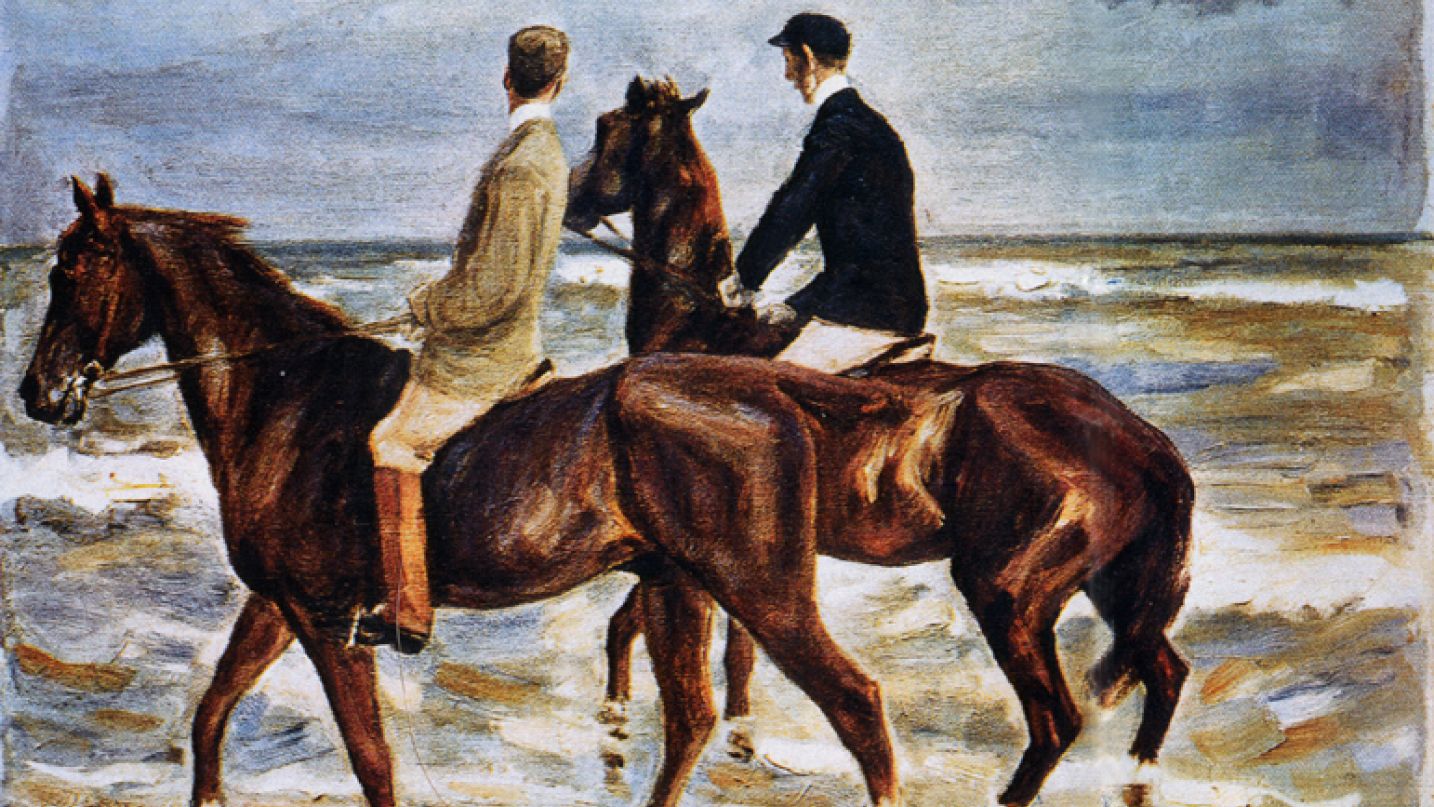 “He hurt my client’s deepest sentiments,” Heller says, with anger. “To claim that he collaborated with Nazis? Him? A Holocaust survivor who fought the Nazis and worked his whole life to help Holocaust survivors?”

Now Toren is trying to get the German auction house, acting through its American branch, to reveal the identity of the buyer.

“He has no case,” Heller told Haaretz. “[The buyer] is a private person, not some museum who, in good faith, without grounds for concern, bought a painting at a public auction. Under both Israeli and German law, he’s protected, and no claims can be made against him.”

“It is a unique case,” Elinor Kroitoru, a lawyer working with the restitution company, told Haaretz. Under these sensitive circumstances, the company had thought the best thing would be to bridge between the parties by negotiations before legal battle, in Israel or overseas. “Unfortunately,” she said, that didn’t work out.

The case is unique not only because property stolen by the Nazis from Jews wound up owned by other Jews in Israel; also because the purchase had been made overseas but now it’s in Israel, so the laws of Israel apply, Kroitoru explains.

One issue that bears study in this odd case is whether the buyer in Israel knew, when making the purchase, that the painting originated in the home of Jewish Holocaust victims, she said, adding that the company is still studying the case and will take action according to its powers under law. Yet an acrimonious legal battle could ensue between these two Jewish Holocaust survivors.

The story began in the mid-19th century, when the uncle of David Toren’s mother, David Friedmann, a Jewish-German businessmen living in Breslau (today Wroclaw, Poland) cultivated an art collection with hundreds of items, including by Courbet, Camille Pissarro, Raffaelli, Henri Rousseau, and Liebermann.

In 1939, as part of the systematic theft of artworks from Jews, the Nazis grabbed Friedmann’s collection, too, forcing him to sell the works for a pittance. Two of these works reached Hildebrand Gurlitt, an art merchant who collaborated with the Nazis.

Toren and his brother (since deceased) were the only members of the family to survive the Holocaust. David Toren came to Israel during the War of Independence but he left in 1954 and later settled in the United States, where he specialized in patent law and raised a family.

Years passed, David Friedmann’s art collection was merely a bitter memory, then in 2013, life changed, Toren says, when he saw one of the works his uncle had owned, “Two Riders on the Beach,” on television. The year before, the German authorities had confiscated over a thousand artworks from the apartment of Cornelius Gurlitt, one of the art merchant’s children. The press widely reported suspicions that some of the works had belonged to Jews before World War II, been stolen by the Nazis and wound up in the Gurlitts’ possession.

The art world was agog: Hundreds of the 1,500 seized works were suspected as stolen and a lot of Jewish families seemed likely to get their property back. But it turned out that only five had been stolen from Jews, including Riders on the Beach.

That, Toren managed to get back after suing the German government. Shortly afterwards, he sold the painting for $2.5 million and shared the money with his brother’s three daughters. He then set his attention to searching for the Basket Weavers and discovered the Gurlitts had sold it in 2000; and as said, this summer he discovered that it’s in Israel.

“We are disappointed that Mr. Heller’s client is hiding behind the letter of the law and isn’t doing the moral and ethical thing of returning the painting to my family,” Peter Toren told Haaretz. “For him, it’s just a painting, but for my family, it’s an inheritance of a kind of which we have too little.”

“That is hypocrisy of the utmost degree,” Heller fired back. “When he received the work ‘Two riders on the Beach,’ he went and sold it without hesitating, fast enough. To claim now that he’s unhappy because his family doesn’t have memorabilia is ludicrous. This conduct indicates that he will sell this work too, as soon as possible. There is no family sentiment here.”