Holocaust Survivors in Poland Find Restitution Claims ‘Like a Carousel’ 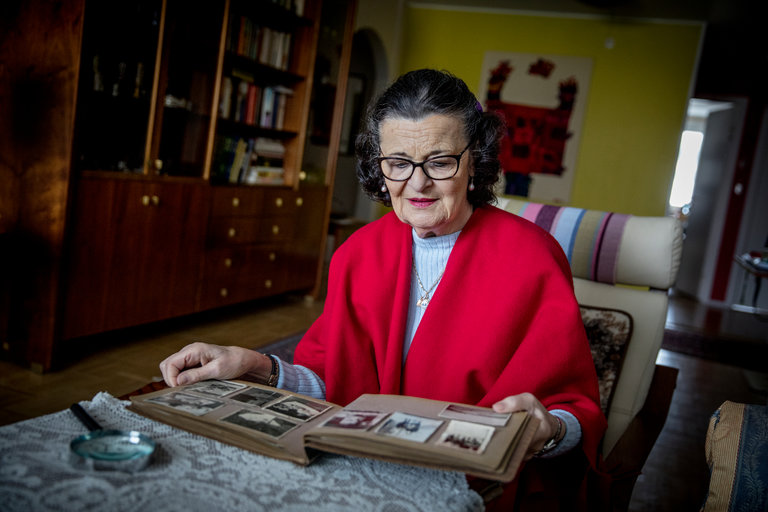 Hania Rosenberg, who now lives in Stockholm, Sweden, survived the Holocaust and is now trying to get back the properties that her family had in Poland

AMSTERDAM — Hania Rosenberg was born in 1934 in Oswiecim, an industrial town in the Galicia region of southern Poland. The concentration and extermination camp the Germans built there after their 1939 invasion, called Auschwitz-Birkenau, would take the lives of 1.1 million people.

“No one was poor, no one was rich: We were all about average, like any small town,” Ms. Rosenberg, 82, recalled. “I remember our backyard, with dogs, hens and geese, where we had a cow, which my father bought when I was born because he said you should have your own milk. It was a happy childhood.”

Her father imported and exported straw, hay and coal. He died in the camps, along with most of the town’s Jewish community. Ms. Rosenberg and her mother survived the war — she hid with a gentile family, and her mother endured forced labor at a munitions plant. They later made their way to Sweden.

Her grandparents had a three-story house and a general store, farmland and two garden plots in the nearby town of Ledziny. During the Communist era, the house and store were expropriated. A shopping mall and new houses stand on what was once farmland. But two garden plots — still in the name of her grandfather — remain, and Ms. Rosenberg is fighting for their ownership, so that she can give them to the family who saved her.

Poland is the only European Union nation that has not established formal procedures to resolve claims made by people whose property was seized during the Holocaust, according to a new report by the European Shoah Legacy Institute, based in Prague.

The report, more than 1,200 pages, was based on three years of research in 47 countries that endorsed a 2009 pledge, known as the Terezin Declaration, to establish a restitution process for “immovable property” like land, homes and businesses.

It found that Poland had only partly complied with an obligation to return communal Jewish property like synagogues and cemeteries.

The issue of restitution is especially fraught for Poland, which had Europe’s largest Jewish community before the war. About three million Polish Jews were murdered in the Holocaust, along with at least 1.9 million other Polish civilians.

The report says that Holocaust victims across Europe — not only Jews, but also Roma, gays, disabled people and others — “had to navigate a frequently unclear path to recover their property from governments and neighbors who had failed to protect them, and often, who had been complicit in their persecution.”

It added, “Law was not the survivors’ ally; more often it was their enemy, providing impunity for thieves and those who held stolen property.”

In Poland, the injustice was compounded because “comprehensive private property restitution legislation in the post-Communist era” was never enacted, according to the report.

Although the issue is longstanding, it has been complicated by the rise to power in 2015 of the right-wing Law and Justice Party. Party officials acknowledge the enormity of the Holocaust, but they emphasize that Poland was the victim of both German and Soviet oppression and that many minorities suffered; debates over remembrance have bedeviled projects like a new World War II museum in the seaside city of Gdansk. 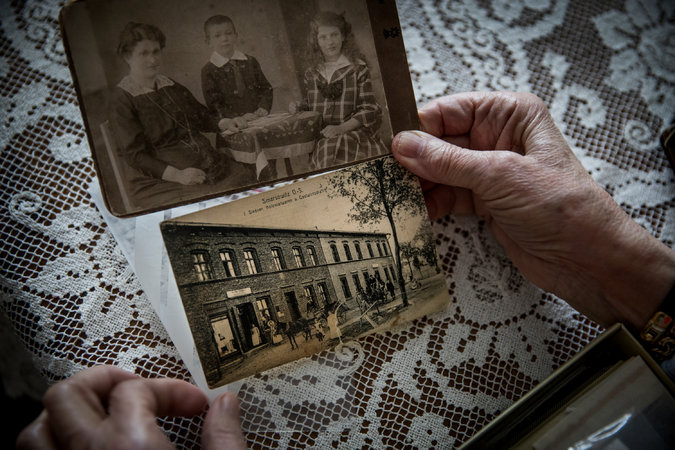 Pictures of Ms. Rosenberg’s family’s property in Poland, bottom, and of her grandmother, uncle and mother.

“On what basis should Poland decide that those with Jewish ancestors get compensated, whereas Belarussians, Poles, Ukrainians or Crimean Karaites, or Tatars and Germans — all of whom used to live here before the war — shouldn’t be compensated?” Jaroslaw Kaczynski, the leader of the governing party, asked supporters last year. (The Karaites and Tatars are minority groups that speak Turkic languages.)

There is also a morass of legal issues. Poland says it is not to blame for the crimes of Nazi Germany, and it points to a 1952 agreement in which West Germany agreed to pay Israel reparations for wartime crimes. Communist-era governments also reached agreements with several countries, including the United States, to resolve wartime property claims, Polish officials say.

Last year, Poland’s constitutional court upheld a 2015 law that significantly limits the restitution rights of those whose property in Warsaw was seized during the war.

“Polish law treats everyone equally,” the foreign minister, Witold Waszczykowski, said in Israel last year. “Any legal or natural person, or their heir, is entitled to recover prewar property unlawfully seized by the Nazi German or the Soviet authorities, or the postwar Communist regime.”

However, Leslaw Piszewski, chairman of the board of the Union of Jewish Religious Communities in Poland, said current policies made it far too difficult for claimants — effectively denying justice by delaying it.

“Attitudes have not changed at all,” he said. “Courts issue negative decisions or prolong the process to the extent that the claimant resigns from the process.”

The new report was presented at a conference in Brussels organized by Holocaust survivors and groups that represent them, and hosted by the European Parliament.

Gideon Taylor, the operations chairman of one of the groups, the World Jewish Restitution Organization, said he hoped the conference would be a “rallying call” before time ran out for survivors, 72 years after the war’s end.

“We have a very narrow window of time, while survivors are still alive, to carry out some kind of symbolic justice, some kind of recognition of what has happened,” he said.

The issue is not just symbolic but also practical, said Mr. Piszewski, whose group represents nine officially recognized Jewish communities, with an estimated 10,000 to 20,000 members. (Precise figures are hard to come by.)

“Restitution is the only financial tool to maintain Jewish communities as well as the Jewish heritage, including 1,200 cemeteries,” he said.

Ms. Rosenberg told her story at the conference, after much hesitation. The family that saved her has been recognized by Yad Vashem, the Holocaust remembrance center in Jerusalem, as being among the Righteous of the Nations, non-Jews who risked their lives to save Jews. A house her father owned in Oswiecim has been given to the family.

“Maybe this conference will make a difference,” she said. “I really hope so. We have been trying on our own for 26 years. They say that maybe something will change in 20 years, but none of us has 20 years to wait.”