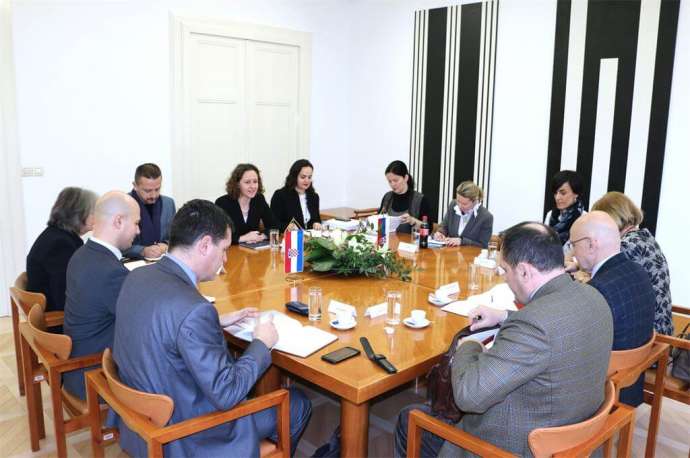 ZAGREB, January 28, 2019 - Croatian Culture Minister Nina Obuljen Koržinek on Monday met with her Serbian counterpart Vladan Vukosavljević, who was taking part in a commemorative event at the invitation of the Serb National Council, and the two ministers talked about cultural cooperation and restitution of Croatian cultural objects, the ministry said in a press release.

The two ministers concurred that the long-standing process of restitution of Croatian cultural assets is nearing a completion.

From 2001 to 2018, more than 29,885 moveable cultural objects were returned to museums, churches, monasteries and archives while the remaining artefacts yet to be returned mostly belong to the Krk and Šibenik Serb Orthodox monasteries, the ministry said.

The talks also focused on a Croatian-Serbian combined government committee for minorities which is scheduled to convene its eighth meeting in Zagreb in February.

The next meeting of southeast European cultural ministers is schedule for April in the Bulgarian capital of Sofia.

The ministers assessed that good cooperation existed within the framework of China+16 initiative.

The two ministers commended bilateral cooperation involving the exchange of visiting theatre companies as well as developing cultural and literary cooperation between Croatian and Serbia.

The ministers also discussed the preparation of a cultural cooperation programme based on a bilateral agreement and possible exchange of certain modern art exhibitions, the ministry concluded.