Will Europe’s museums rise to the challenge of decolonisation?

With new museums opening in Africa, and calls for restitution increasing, old institutions are being forced to address the legacies of empire 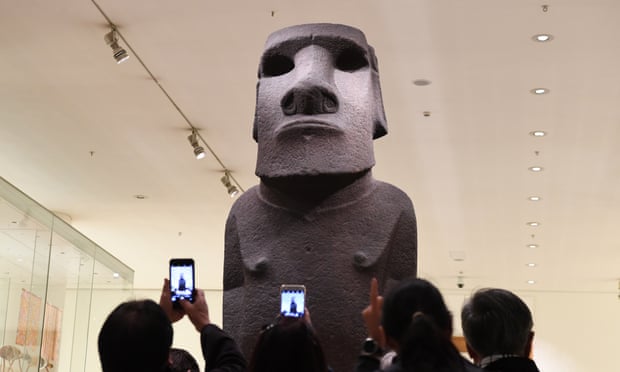 The Hoa Hakananai’a statue from Easter Island, displayed in the British Museum in London.

Anthropology and archaeology were among the most important of the colonial disciplines. They derived their power from the trick of collapsing time and space. In his classic 1983 book Time and the Other, Amsterdam-based anthropologist Johannes Fabian described how this illusion operated. It was as if the further the colonial explorer travelled from the metropolis, the further back in time they went – until they found themselves, whether in Africa, Tasmania, or Tierra del Fuego, no longer in the present, but in the Stone Age.

Anthropology museums – which hold “world culture” collections – first developed in Europe, especially Germany and Britain, in the late 19th century. They were designed to realise these exoticising time-warps. In these places, the racist ideologies that sought to justify and naturalise European imperialism were institutionalised, helping create the idea of a distinction between “primitive art” and “civilisation”. Today the colonial mindset of European anthropology museums is being questioned and rethought – and we should all be paying attention.

In the quiet Brussels suburb of Tervuren, the Royal Museum for Central Africa reopened in December 2018 after a five-year renovation. Originally built in 1897 to showcase the personal collection of King Leopold II from his private colony Congo Free State, the museum displays stuffed animals and geological specimens alongside African art. Its gardens once housed a short-lived “human zoo” of more than 260 Congolese people. New museum texts attempt to communicate Belgian colonial history and the circumstances in which objects were taken.

But this “decolonised” redisplay is both a failure and a cautionary tale. No matter how fully and honestly the story of the Belgian Congo – in which millions of people were killed – is told, the very presence of these objects and the building does what it was designed to do: extend racist ideology and colonial violence through the objectification of Africans. Europe’s museums, as Sumaya Kassim puts it, “will not be decolonised”.

The contrast with Senegal’s new $35m Museum of Black Civilisations, which opened to the public in the same month as Tervuren, is stark. As its director, Hamady Bokoum, has explained, the museum is not about ethnology or the past conjured by a European model of museums, but about duration, the future, youth and Africa “looking at itself”, not gazed at by Europeans. An American colleague recently back from Dakar complained that some of the gallery displays seemed “sparse” and “unfinished”. She was not wrong. Across Africa, from Dakar to the new Royal Museum in Benin City in Nigeria, which David Adjaye has been commissioned to design, modern spaces for the display and care for African art and cultural heritage are being constructed hand-in-hand with renewed calls for the return of plundered objects.

Last year, the 15 nations of the Economic Community of West African States agreed an action plan for the return of African cultural property, and in February 2020 13 African heads of state convened as part of a new strategic group to champion 2021 as a Year of Culture for Africa, and “to speed up the return of cultural assets”. African institutions are reimagining museums not as an endpoint but as an ongoing, living process. 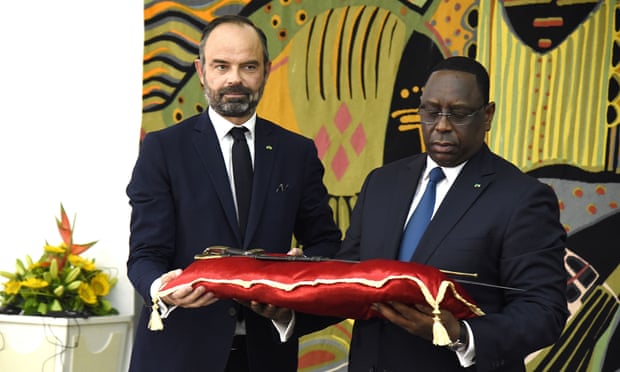 This new African thinking challenges Europe to look at itself through its own “unfinished” anthropology museums. Foremost is the question of cultural restitution and the return of sacred, royal and culturally iconic artworks and material culture taken under colonialism. In Britain, our tired and familiar national narrative conflates returning the Parthenon marbles, Easter Island statues, the Rosetta Stone, the Benin Bronzes and even the Lewis chessmen into one intractable issue. By contrast, Felwine Sarr and Bénédicte Savoy’s report on restitution, commissioned by Emmanuel Macron in France, calls for us to distinguish between the different circumstances of “acquisition” – from violent looting to colonial collecting, archaeological fieldwork and even purchase – in which questions of “consent” and “duress” are relevant.

Macron’s report is now leading to action. Last November, the sabre of Omar Saidou Tall, seized as a trophy of war in 1893, was returned from Paris to Dakar. New legislation to make this return permanent, along with the return to Benin of 26 statues looted by Col Alfred Dodds during the sacking of the royal palace of Abomey in 1892, is expected soon. In Germany too, returns of human remains and cultural property – including the Stone Cross of Cape Cross and the Witbooi Bible taken during the Ovaherero and Nama genocide of 1904-8, when some 100,000 people were slaughtered – are taking place from Berlin and Stuttgart to Namibia. And the inauguration of a new national museum of the Democratic Republic of Congo in Kinshasa last November is even raising the question of restitutions from Tervuren. New restitution procedures are being developed across Europe from the Nationaal Museum van Wereldculturen in the Netherlands to Arts Council England.

Times are changing for Europe’s “world culture” museums. How can they participate in this global present, rather than just representing some old colonial vision? We must let go of our old obsessions with cultural ownership and the spectre of “empty galleries” (a common refrain from those who defend the status quo and envisage western museums stripped of their collections if restitution requests are granted). It is time to reimagine museums as sites of conscience – unique public spaces for understanding, remembering and addressing the legacies of empire and enduring cultural infrastructure of “race science” – for the restitution of knowledge and memory as well as of property.

The recent revival of eugenics at the heart of Britain’s political conversation is a wake-up call. Far from just places for retelling the history of empire through world culture collections, in the old contemplative mode, museums are unfinished projects, and crucial resources to be rethought and repurposed for the wider, urgent European task of understanding and facing up to the violence and loss wrought by colonialism.