A Years-Long Research Project Into the Gurlitt Trove Has Ended Without Being Able to Resolve ‘a Very Large Gray Area’ Around 1,000 Works

“Whatever research was possible, we have exhausted it," says the project's director. 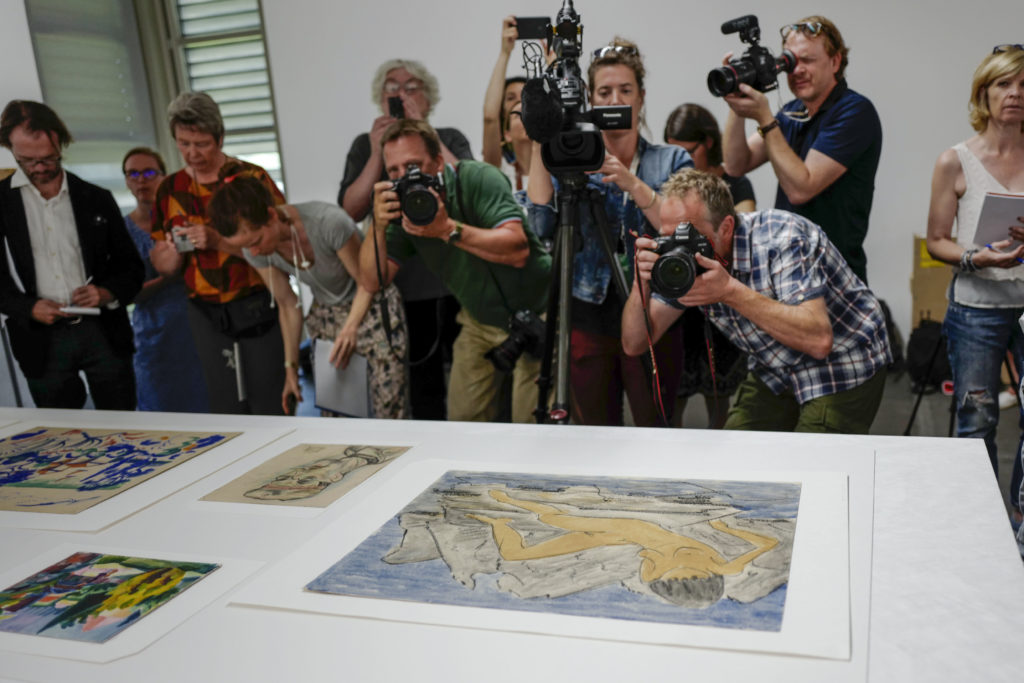 The press preview of an exhibiton from the estate of German collector Cornelius Gurlitt at the Museum of Fine Arts, Bern, on July 7, 2017.

Eight years after the discovery of a hidden trove of artworks belonging to Cornelius Gurlitt, the son of Nazi art dealer Hildebrand Gurlitt, a group of researchers have completed their investigation into the collection’s provenance with only a handful of conclusive answers.

Of the 1,590 total artworks examined by the German Lost Art Foundation, an organization funded by the German government, only 14 were definitively recognized as looted and returned to the heirs of their rightful owners. The provenance of some 1,000 other artworks remains unclear, despite initial reports that 500 pieces were of suspicious origin.

“There is a very large gray area,” the foundation’s director, Gilbert Lupfer, told Swiss Info. But he believes there is nothing more that can be done. “Whatever research was possible, we have exhausted it.”

German authorities first stumbled upon Cornelius Gurlitt’s art collection in his Munich and Salzburg apartments in 2012, thanks to a tax investigation that began two years earlier. Quickly, they came to realize that the collection, which passed to Cornelius upon his father’s death, likely contained works that were stolen by the Nazis from Jewish families before and during the Second World War.

When Gurlitt died in 2014, he left the entire collection to Switzerland’s Kunstmuseum Bern, much to the chagrin of his family, who mounted an unsuccessful legal challenge to claim ownership. In accepting the stash, the institution vowed to uncover any looted works and restitute them to the proper parties.

The German Lost Art Foundation took over provenance research in 2016 after a task force organized by the German government issued a report on the collection that was criticized by some for its slow progress, lack of transparency, and high taxpayer cost of €1.8 million ($2 million). That initial report took two years to compile, but uncovered the origins of only 11 works, five of which were identified as Nazi loot.

The collection was publicly unveiled in 2017, and the first exhibitions from the trove took place later that year at the Kunstmuseum Bern and the Bundeskunsthalle in Bonn. Last year, works from the Gurlitt hoard travelled to the Israel Museum in Jerusalem.