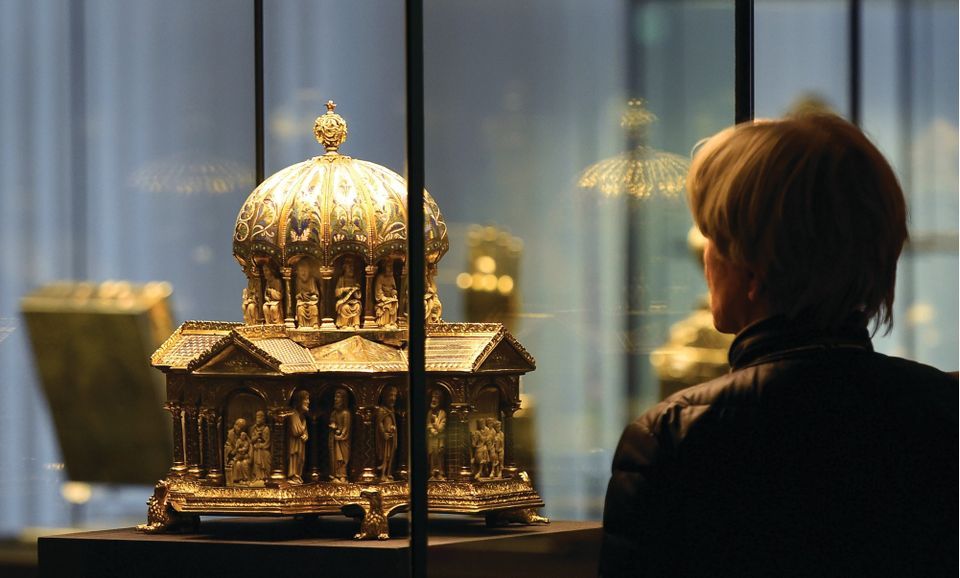 This cupola reliquary is part of the Guelph Treasure, displayed at the Kunstgewerbemuseum (Museum of Decorative Arts) in Berlin

The US Supreme Court may be inching towards granting an appeal by the German state museums in a claim over the master trove of German medieval church reliquaries known as the Guelph Treasure. Last week, the US Justice Department’s Solicitor General filed a recommendation with the court that it should hear the case.

The lawsuit, which will go to trial in Washington, DC unless the high court stops it, is brought by heirs to Jewish art owners in Germany who sold the Guelph trove to the Nazi-controlled Prussian government in 1935, in what the heirs say was a “genocidal taking” at a fraction of its value during the Holocaust. The collection, estimated to be worth at least €200m, is now held in Berlin’s Kunstgewerbemuseum (Applied Arts Museum), which is administered by the Prussian Cultural Heritage Foundation (SPK).

In the 26 May filing, the solicitor general says that under the US foreign sovereign immunities statute, in order to sue a foreign government or state instrument such as the SPK, the heirs must make a case that property was taken “in violation of international law”. But the US government says the heirs have failed to do that, because any taking by the Nazi regime from German Jews was a domestic, rather than “international”, seizure. The lower appeals court for the District of Columbia was therefore wrong in allowing the claim to go ahead.

The solicitor general added that while more recent statues such as the 2016 Holocaust Expropriated Art Recovery (HEAR) Act “demonstrate Congress’s concern with art seizures that occurred as part of the Holocaust,” those laws don’t “create a cause of action in US courts” for the heirs’ claims.

Nicholas O’Donnell, a lawyer for the claimants, told The Art Newspaper that “the solicitor general’s argument in favor of sovereign immunity requires accepting Germany’s offensive contention that Nazi persecution of German Jews in Germany in the 1930s, particularly forced sales of Jewish property, did not violate international law.” He called the position a “shocking” break in US policy.

But the lawyer for the SPK, Jonathan Freiman, said he was “pleased” the solicitor general had urged the high court “to review and reverse the lower court decision,” and looked forward to explaining to the court “why this suit seeking the Guelph Treasure should not be heard in a US court”.

The court is due to decide whether it will hear the case either on the last day of its term, 29 June, or in early October, after its summer recess.