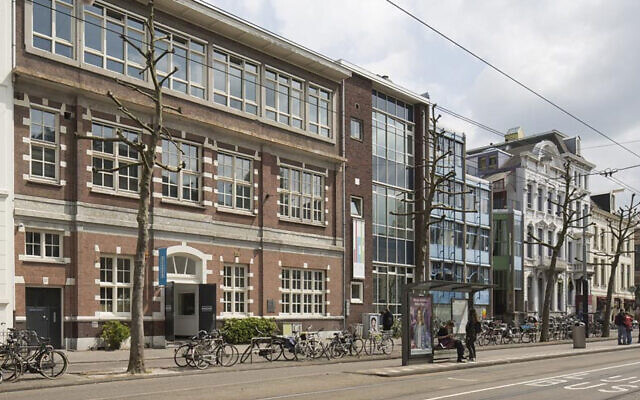 The National Holocaust Museum of the Netherlands in Amsterdam.

AMSTERDAM, The Netherlands (JTA) — Most Dutch municipalities were involved in the theft of Jewish-owned real estate during World War II — and most appear to have no record of it, a local report said Wednesday.

Among the 223 municipalities involved, 80 percent have no data about it, according to the report that has been generating a strong public response in the Netherlands.

The report, published Wednesday by the Pointer journalistic platform of the KRO-NCRV Dutch public broadcasting company, featured the first map of the stolen Jewish-owned assets that existed in the kingdom. Their combined worth was equivalent to $640 million today, the report said.

The team that made the map based on archived sales acts and other documents contacted the relevant municipalities to ask for further details and inquire as to their efforts to ensure compensation to the rightful owners, who were often taxed for the forced sale.

Four in five municipalities said they had not been aware of the existence of such real estate prior to the inquiry, Pointer reported. But 60% said they were open to researching the issue. Some municipalities bought or ended up owning property Jews sold under duress.

Amsterdam and The Hague in recent years offered compensation for property and other taxes they had collected from people who fled their homes and survived in hiding.

The leader of the opposition, Geert Wilders, submitted several written questions to the government on the Pointer report’s findings.

“Are you willing to refund these fees?” asked Wilders, the head of the right-wing Party for Freedom, in the query, which he co-authored with another party lawmaker, Gidi Markuszower.