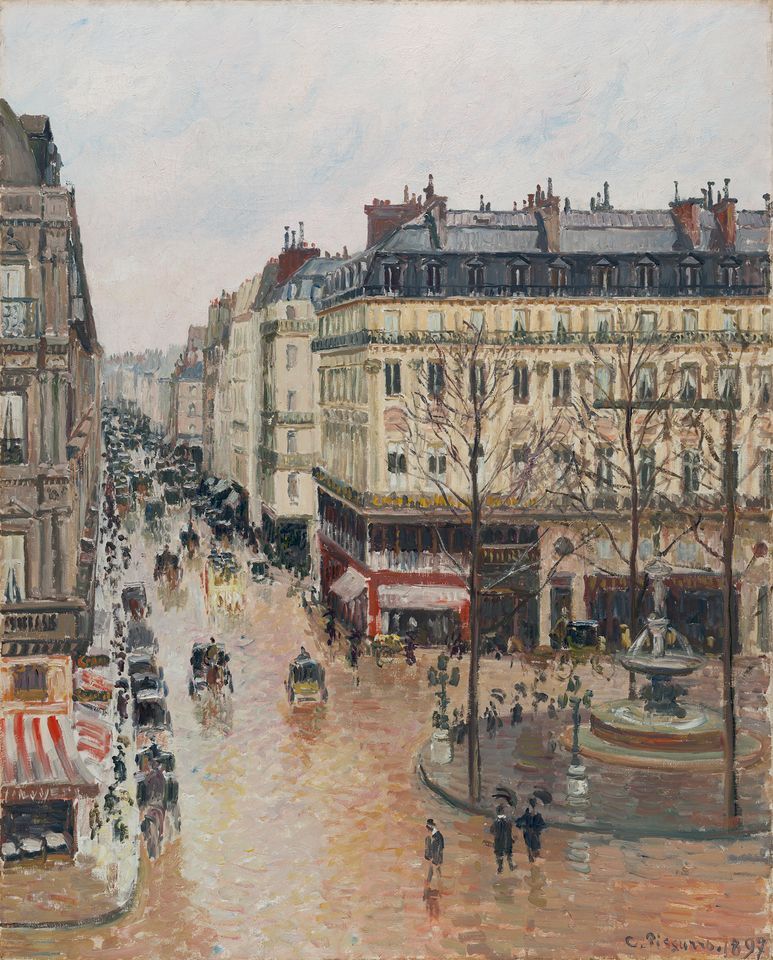 This undated picture, part of a post-WWII French government inventory of property looted in France by the Germans, shows a Pissarro painting, “La Cueillette des Bois,” or “Picking Peas,” painted by impressionist master in 1887.

PARIS (AFP) — France’s top appeals court has rejected a bid by an American couple to win back a painting by Impressionist master Camille Pissarro looted from a Jewish collector during World War II.

Art collectors Bruce and Robbi insisted they had no idea the painting — “La Cueillette” (“Picking Peas”) — had been looted when they bought it at Christie’s in New York in 1995 for $800,000.

But the Court of Cassation rejected their appeal and upheld an earlier ruling that the painting should be returned to the family of the Jewish collector, according to the text seen by AFP Wednesday.

The decision ends a three-year legal saga over the fate of the painting.

The Tolls had launched the appeal after previous court rulings found that the painting belonged by rights to the descendants of Jewish businessman Simon Bauer.

The Vichy regime, France’s anti-Semitic wartime government which collaborated with the Nazis, seized 93 paintings from him in 1943.

Bauer himself narrowly escaped death when a train drivers’ strike stopped him from being sent to a concentration camp.

He recovered a few of his paintings after the war, but never “La Cueillette,” which Pissarro had painted in 1887.

Bauer died in 1947, two years after the end of World War II.

His family acted after seeing the Pissarro painting on display at the Marmottan museum in Paris in 2017 during a retrospective of the artist’s work.

This latest ruling mirrors other legal disputes over art and property looted from Jewish owners by the Nazis which were subsequently sold on to often unsuspecting new owners.