April
The Guardian 2 November 2020
By Daniel Boffey in Brussels

Restitutions committee members have links to the Stedelijk Museum, which houses the Kandinsky work 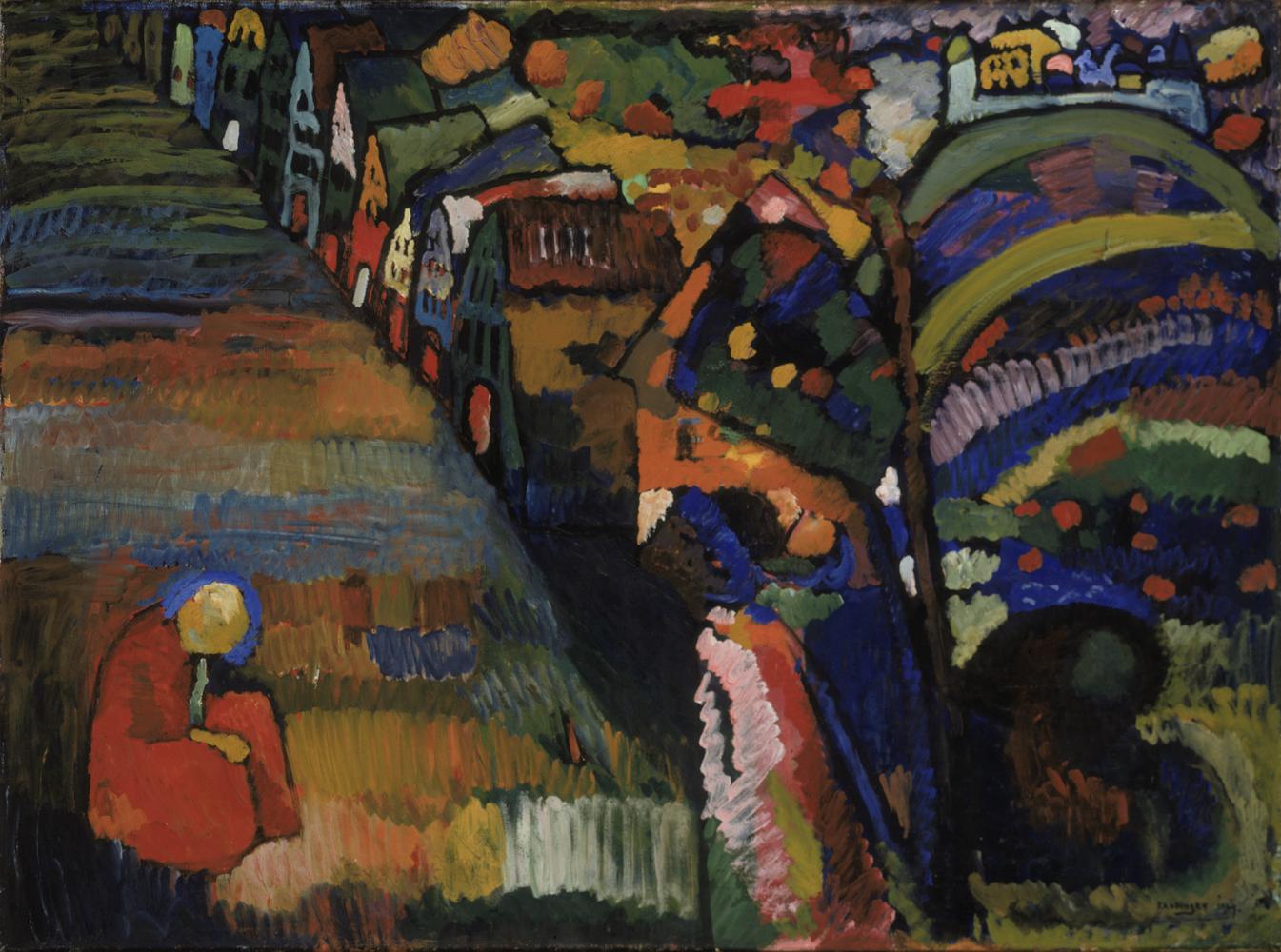 The Lewenstein family say the sale of Painting with Houses, which went to the Stedelijk Museum in Amsterdam in 1940, would not have been voluntary

A Jewish family suing for the return of a €20m (£18m) painting by Wassily Kandinsky obtained by Amsterdam’s Stedelijk Museum during the Nazi occupation of the Netherlands has accused an official advisory committee of bias after ruling against them.

Lawyers acting for the heirs to Robert Lewenstein, who fled for France in 1940, told an Amsterdam court there was an “appearance of partiality and a conflict of interest” within the Netherlands’ restitutions committee, which advises on the return of art lost by Jewish families during the second world war.

Three members of the Lewenstein family – Robert Lewenstein, Francesca Davis and Elsa Guidotti – are seeking the return of Bild mit Häusern (Painting with Houses), created by the Russian artist in 1909.

It was sold at a cut price to Amsterdam city council, which runs the Stedelijk Museum, on 9 October 1940 at the Frederik Muller auction house.

The Nazis had successfully invaded the Netherlands five months earlier. Lewenstein and his wife had already fled to France by the time of the sale.

The restitutions committee, established in 2002 to make judgments on such claims, ruled in 2018 that the painting should stay with the Stedelijk Museum, on the basis that Lewenstein’s finances had already been deteriorating before the war. It further said the council had purchased the painting in good faith.

Simon van der Sluijs, a lawyer for the claimants, told the court in Amsterdam the idea that the sale was voluntary was “bizarre”.

“Immediately after the invasion, the Germans started looting art. Pressure and coercion and the justified fear that lived among the Jews were used,” he said.

Axel Hagedorn, another lawyer for the claimants, also disputed a financial imperative for the sale.

“The Lewenstein family’s financial situation was no reason to sell the painting,” he said. “In September 1940 there was a positive balance of 110,000 guilders. Robert Lewenstein, with an income of more than 5,200 guilders a year, was one of the 5% of taxpayers with the highest incomes.”

Hagedorn told the court that the painting was bought by the council for 160 guilders. “But there is no evidence that this amount actually ended up with the alleged sellers,” he said. “There must be a burden of proof.”

The claimants argued that there is a conflict of interest as four of the seven members of the Restitutions Committee have a relationship with the Stedelijk Museum by being members of the museum’s business club or working at an office that sponsors the institution.

The claim of bias was denied by Paul Loeb, representing the Stedelijk Museum and the City of Amsterdam, who told the court that none of the committee members had a financial interest in the museum or had ever been employed by it.

He said: “The restitutions committee has performed its task properly. There is no reason to revisit or redo the work. They are competent and able to assess the case. There are also no indications that the painting was stolen.”

Rein Wolfs, director of the Stedelijk Museum, told the hearing: “I do not recognise that the museum acted obfuscatingly. The museum is transparent and careful. It is aware of its responsibility in this matter.”

A spokesman for the museum said: “The Stedelijk Museum and the municipality of Amsterdam, who is the owner of the collection, are following the case and are not making any further announcements at this time.

“Whatever the judge’s ruling may be, we realise that this painting will forever be linked to a painful history. The relationship of our collection with the second world war will always be important, we will continue to show information about this to the public, online and also in the gallery.”

A ruling is expected from the court on 16 December.