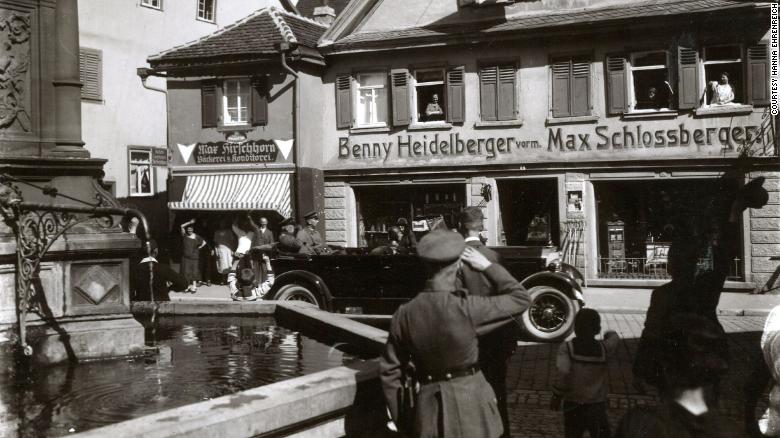 Benjamin Heidelberger was forced to sell his store in Bad Mergentheim, southern Germany

Thomas Edelmann was born in Germany more than 25 years after the Allies defeated Hitler.

Yet last year, following an unexpected marketing call, the 49-year-old businessman contacted a retired teacher in Israel to apologize for the actions of the grandfather he never met.

Growing up, Edelmann had heard rumors about the family business and suspected it had previously been owned by Jews who were forced to sell to his paternal grandfather, Wilhelm. 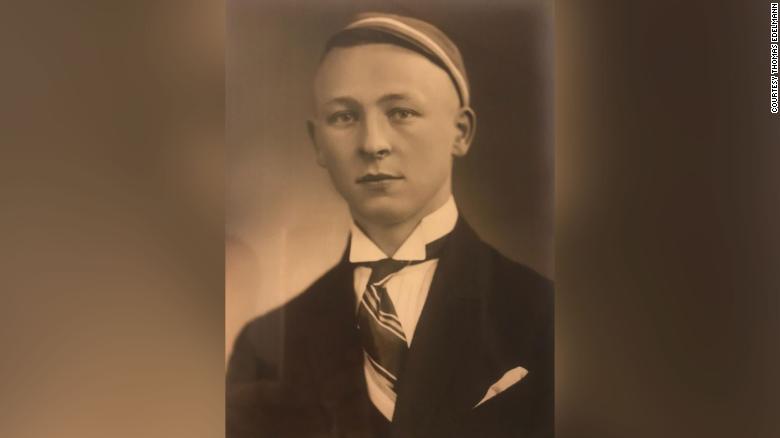 Wilhelm Edelmann, who bought the store from Benjamin Heidelberger in 1938.

In recent years, the father of two had begun to dabble in genealogy. He came across Nazi tax records confirming that the Jewish owner -- Benjamin Heidelberger -- was forced to sell the hardware store in Bad Mergentheim, southern Germany, in 1938 following the introduction of the anti-Semitic Nuremberg laws. These laws restricted Jews from the German economy by making it legal to confiscate their property.

Edelmann mentioned this in passing to a salesperson from MyHeritage, the online family tree building site, who had called to discuss his subscription.

Two weeks later, Edelmann received a call from MyHeritage. They had unearthed two important records: Heidelberger's 1942 naturalization record from British Mandatory Palestine, and his gravestone alongside his wife, Emma, in northern Israel. What's more, they had discovered that Heidelberger had a living granddaughter. 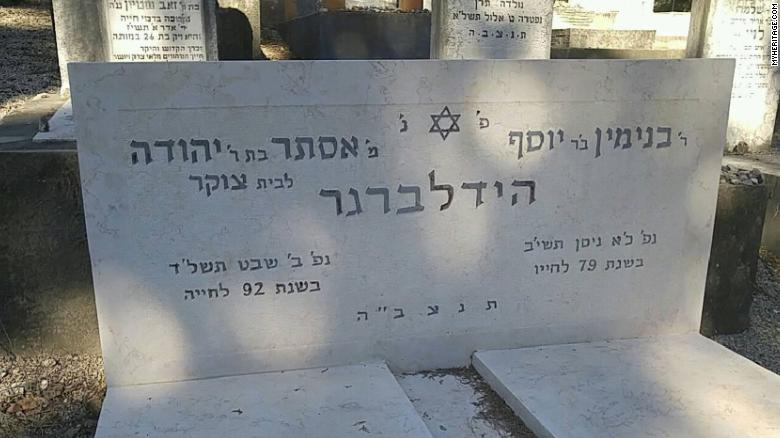 The gravestone of Benjamin and Emma Heidelberger in Israel

Hanna Ehrenreich, an 83-year-old retired teacher, knew all about the store that came to be known as Willi Edelmann. So much so, that a black-and-white picture of it -- bearing the earlier name of her grandfather -- still adorns the walls of her home in Israel.

Edelmann, who had lost touch with his father after his parents divorced in the early 1970s, knew little about his paternal family history and had no connection with the prosperous retail chain that had blossomed from the hardware store.

While the store itself no longer exists, Edelmann's family still owns the building, as well as numerous other properties in the town. He, however, has no stake in the firm.

Edelmann sent a letter to Ehrenreich in English though MyHeritage -- unaware that she actually grew up speaking German. 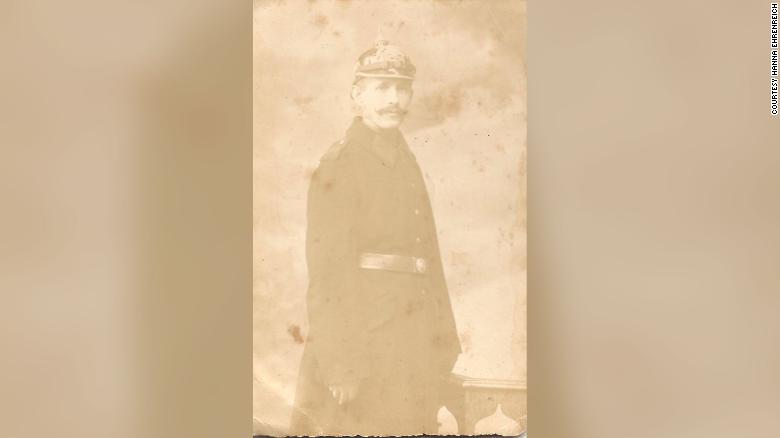 He wrote: "I believe that if my family supported the injustice your grandparents experienced, it is our duty to take this into account and take over responsibility at least in getting in touch with you to listen and learn. As I am part of the Edelmann family I want to take the first step and listen to you.

"I do understand that you might not see any benefit for yourself personally in talking to me. But with me understanding and being able to teach my children and possibly other family members about the impact of particular historical decisions, this might help them to make better decisions in their lives," Edelmann continued.

"Currently, the political climate in our country is poisoned. There is a new antisemitism upcoming. I want to make sure that at least my family will never again be responsible for injustice experienced by others, but stand up to take part for the weak," he wrote.

After receiving Edelmann's letter, Ehrenreich agreed to talk to him, and weeks later the pair spent 90 minutes discussing their families' pasts on the telephone, in German. 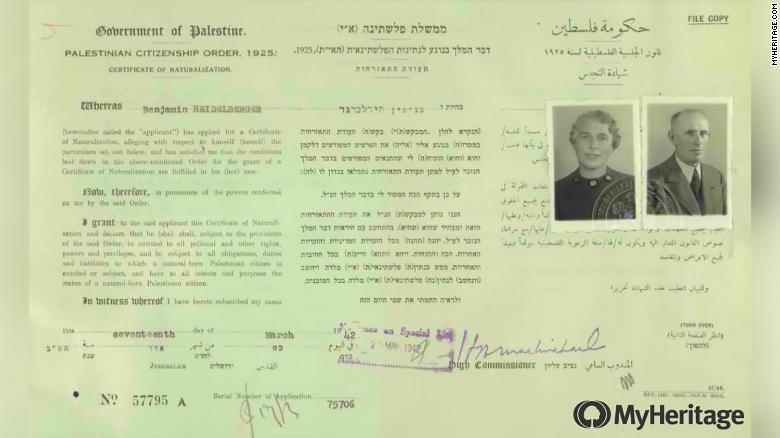 
"It was a very good conversation," Ehrenreich told CNN. "Thomas wanted to hear how we had been. I said we were happy, and we have had a good life."

Ehrenreich told Edelmann that Benjamin Heidelberger and his wife, Emma -- her paternal grandparents -- used the money from the forced sale of their shop to flee to Palestine in 1938, just weeks before the horrific events of Kristallnacht, the wave of violent anti-Jewish pogroms that took place on November 9 and 10.
Ehrenreich's parents had arrived in Israel earlier and she was born there in 1937. Sadly, her maternal grandparents remained in Germany and died under the Nazi regime.

"He was very moved and said he was so happy to hear the story from my side -- he was almost crying," she said. 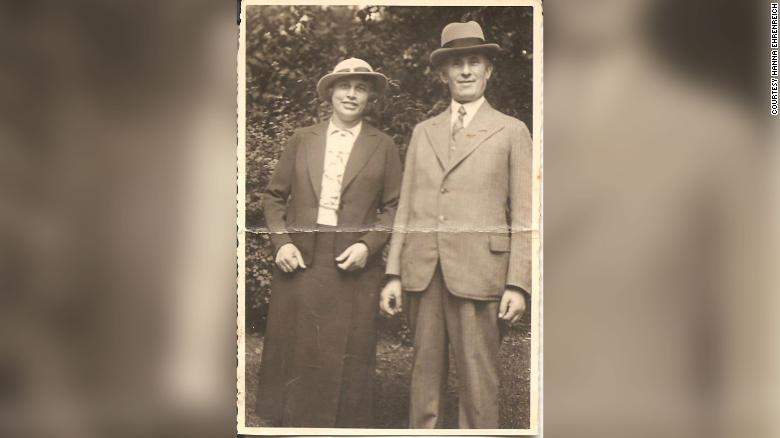 Ehrenreich, who was close to her grandfather, shared his version of the events surrounding the takeover of the shop with Edelmann, allaying some of his fears and suspicions about what happened.

She said Heidelberger had often spoken of his homeland and kept a diary in his mother tongue.

In it, he wrote: "My business successor, Wilhelm Edelmann, came every first of the month to pay the rent, and even though he was a member of the Nazi party, he was a decent man and not an anti-Semite."

"Under different circumstances, I could have sold it for 40,000. But back then many Jewish businesses in Bad Mergentheim were sold under value," he explained.

"One day, Edelmann came to me and said I should leave Germany as quickly as possible," he wrote. "There were plans in place to act against Jews and he felt obliged to warn me, his good acquaintance."

Ehrenreich, who visited the shop on a family trip to Bad Mergentheim in the 1980s, told CNN: "I knew Edelmann was indeed the person who bought the shop. I understood that he was a good man, although he was a member of the Nazi party."

Edelmann said he was deeply moved by the call and the pair have stayed in touch; he hopes to visit Israel in the future.


"It was such an emotional moment when I heard Hanna on the phone and when she told me about her grandfather," he said. "Although her family was treated so badly she was very friendly and didn't hold me responsible for anything."

But while pleased to hear Ehrenreich's version of events, Edelmann says he still has doubts about his grandfather.

"I know my grandfather was a very good businessman. When he was a student during the 1920s he was already a member of the Nazi party, which was before Hitler came to power.

"So I don't believe he was such a good man, I'm not 100% convinced. I doubt he didn't take advantage of the situation."

Edelmann feels that coming to terms with the past is an important lesson for his children, in particular his 15-year-old son, Finn, who started learning about Germany's Nazi past in high school last year. 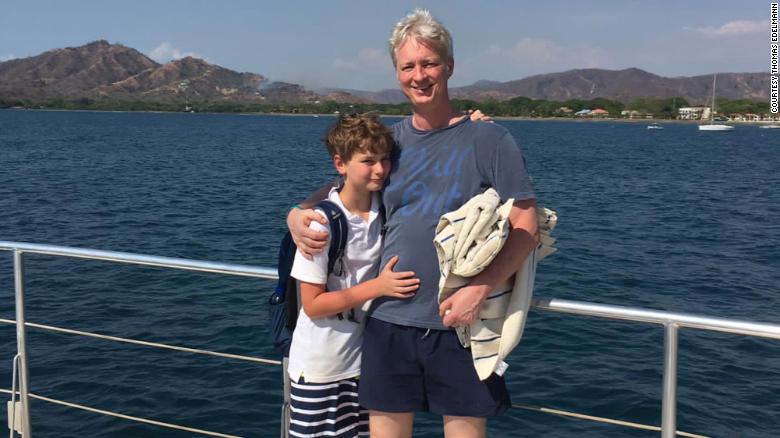 Thomas Edelmann and his son Finn, who is now 15

Roi Mandel, head of research at MyHeritage, told CNN the company's support team is trained to look out for unique cases that may require extra support with research.

"Although we only had the name 'Benjamin Heidelberger' to work with, the weight of history lay heavily on our shoulders," he said. "We are delighted to have been involved in such an important reconciliation."