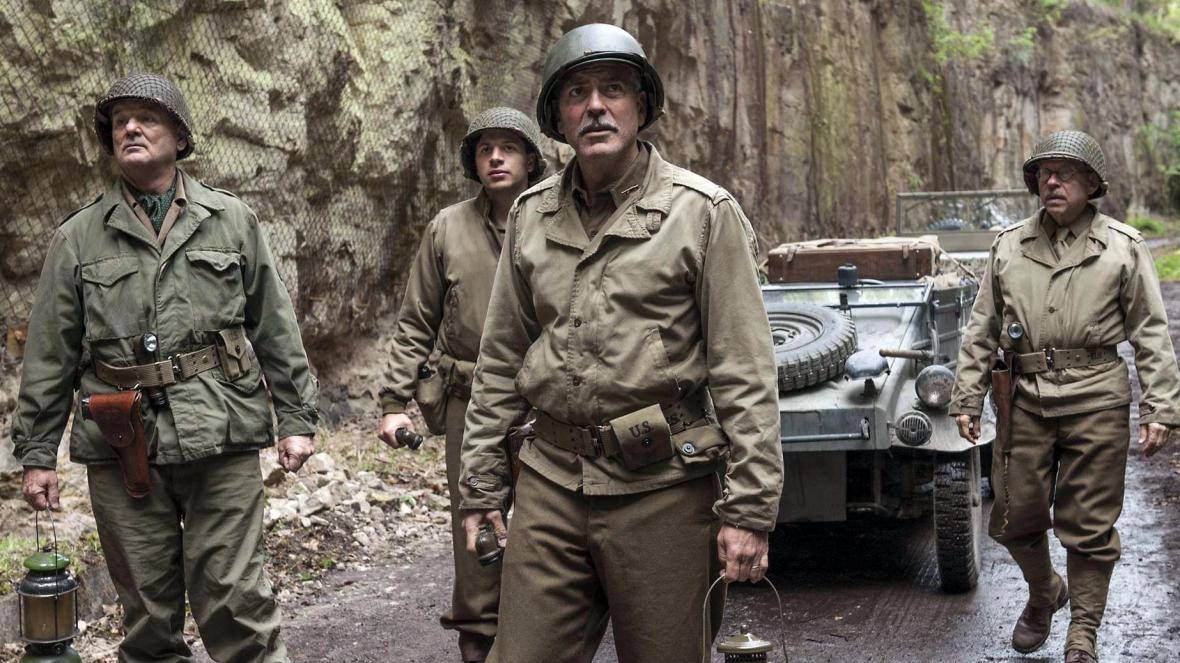 Snipers’ bullets and falling shells were only two of the dangers to be overcome in the race to save the treasures of western civilisation.

For the donnish Britons who joined the Allies’ Monuments Men during the Second World War, it was the manners of their American colleagues that caused consternation.

Newly unearthed letters have shed light on the unsung work of British archivists in saving priceless Italian manuscripts — and their opinion of transatlantic colleagues “without a trace of cultural background”. 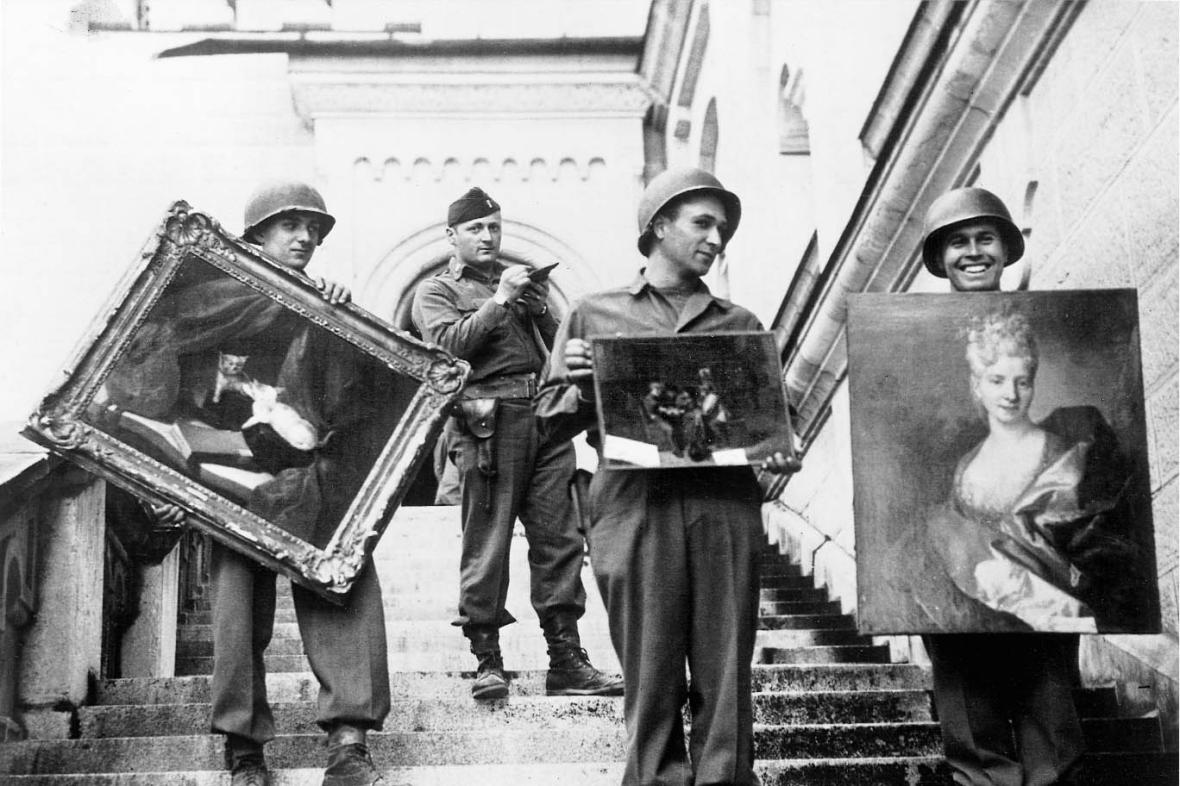 US troops in 1945 recovering art looted by the Nazis

The work of the Monuments, Fine Arts and Archives (MFAA) programme and especially its American heroes was brought to the spotlight by George Clooney’s film The Monuments Men.

After its establishment in 1943, at the instigation of US curators, 345 men and women from 14 nations worked in often dangerous conditions to protect and recover artefacts in territories newly liberated or occupied by Allied armies, safeguarding some five million items.

Largely forgotten, however, is the crucial involvement of four men who were colleagues at the Public Records Office (PRO). They were Hilary Jenkinson, Humphrey Brooke, Roger Ellis and Harry Bell. Private correspondence between them, uncovered in the National Archives by Juliette Desplat, its head of modern collections, reveals not only their “Herculean” workload — covering thousands of miles to visit archives of all kinds and sizes — but also their proximity to the front lines and their unflappable, sardonic humour.

Jenkinson, a First World War veteran and former secretary and principal assistant keeper at the PRO, with a first in Classics from Cambridge, was the first of the four to arrive in Italy, at the beginning of 1944, while fighting was raging at Monte Cassino and elsewhere.

Then 51, he visited about 70 repositories on his initial tour, safeguarding documents and applying “first aid” where damage had been done.

In one case he lamented that: “A building had been damaged and nothing had been done . . . the Archivist had disappeared and no one had taken his place; some thousands of volumes had become wet and no steps had been taken to dry them; and so forth.”

In addition to securing historic records such as those of the Medicis, he stressed the importance of saving modern files that could be of strategic value. He told subordinates that irreplaceable archives were “not necessarily old or beautiful”. The British MFAA officers’ finds included Mussolini’s general archives in Rome’s Palazzo del Viminale.

Jenkinson returned to Britain in the summer of 1944, leaving the protection of Italian archives in the hands of his trusted colleagues, whose travels would cover nearly 5,000 miles in the first five months of 1945 alone.

The men, all of whom held army commissions, entered cities such as Florence on the heels of Allied soldiers, while sniper fire and German shelling still posed a threat. They inspected repositories by all means possible — with Bell in one case squeezing through a hole and descending a 20ft ladder to get to a cache of sodden records.

Besides damage from exposure, bombardment and civilian looting, they had to preserve papers from “souvenir-hunting” by Allied comrades. In December 1944, after visiting the Rocca delle Caminate, a medieval castle used by Mussolini as a summer residence, Brooke complained to Jenkinson that “the intelligence agents simply removed certain things like the visitors’ book as souvenirs”.

In September 1944, the trio were sent reinforcement in the person of William McCain, a doctoral graduate of Duke University and former director of the Mississippi State Department of Archives and History. Ellis, then 34, who had studied Classics at Cambridge before working on document repair at the PRO, wrote acidly that: “Latin and French he once studied a bit at College.”

Brooke, 30, assistant keeper at the PRO and a Wellingtonian with a first in Modern History from Oxford, was even more caustic, writing of the American: “He was a trifle dismaying at first . . . He is not quite what one is used to in our profession. It appears that the American Archivist can flourish like some lone palm in the desert — without a trace of cultural background.” McCain was, Brooke continued, “as remote from the European tradition as a native of the Solomon Islands” but conceded that he was “a very decent chap”.

The letters reveal the tremendous satisfaction the British archivists took in their work, with Ellis writing: “This is the greatest fun and I have had many adventures already.”

On March 9, 1945, Bell, then 31, a former temporary assistant keeper at the PRO, wrote to Jenkinson painting a picture of daily life. “I’m having a fine time,” he said. “My villa has been most comfortable, except for a certain lack of water & window-glass . . . The jeep has never been better. It is now closed in and looks rather like a hearse; we have a beautiful ivory headed gear-lever, & brocaded cushions; I have hopes that we’ll soon have frescoes to make it really MFAA.”

In a blog post at The National Archives website, Dr Desplat said it was “due to Jenkinson and his colleagues, working around the clock [that] these records are mostly safe.”

She told The Times: “You don’t necessarily associate archivists with a sense of humour, especially in the 1940s, but the letters also show that they had a great sense of humour.”

Biographies of MFAA members including Jenkinson, can be read at the Monuments Men Foundation website at monumentsmenfoundation.org.

From castles to salt mines: a mission to rescue art

• The men and women of the Monuments, Fine Arts and Archives (MFAA) section, nicknamed the Monuments Men, operated in Europe and Japan in the final years of the Second World War and for up to six years afterwards.

• Works of art rescued by the Monuments Men in Italy include paintings by Caravaggio, Rubens, Botticelli, Michelangelo and Raphael looted from the Uffizi and other Florentine collections and discovered in a disused jail and a castle in northern Italy. The paintings had been moved north, packed in straw and army blankets, by retreating German forces.

• Repositories secured by the team within the Reich included a cache hidden in a salt mine at Altaussee in Austria. Among the 6,500 works were Jan van Eyck’s Ghent Altarpiece, stolen from St Bavo’s Cathedral in the Belgian city, and Michelangelo’s Madonna of Bruges, stolen from the city’s Church of Our Lady. The MFAA also protected historic buildings.