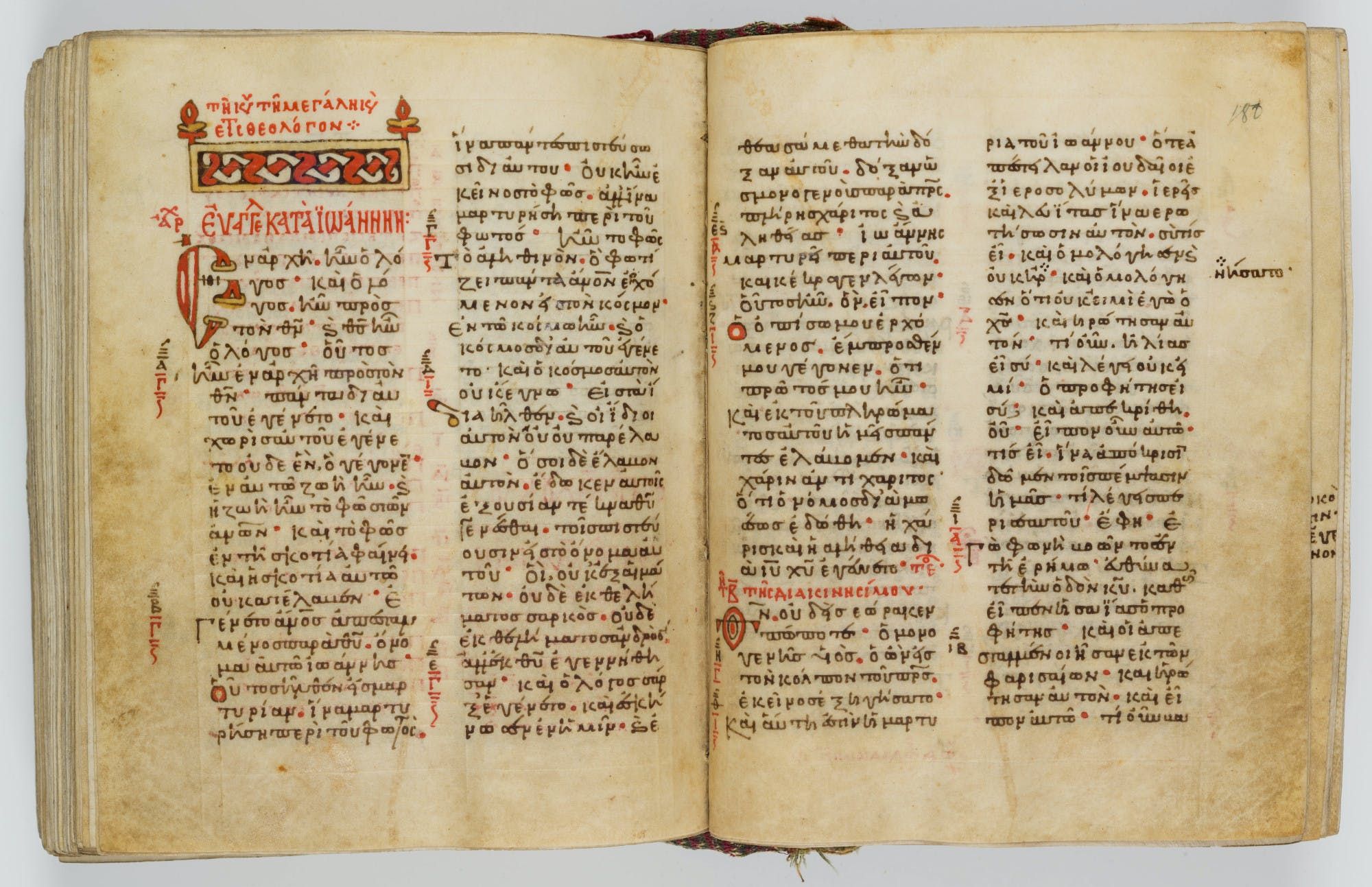 The Eikosiphoinissa Manuscript 220 Courtesy of the Museum of the Bible

The Museum of the Bible in Washington, DC, will return a rare 10th-11th-century hand-written gospel manuscript to the monastery of the Virgin Eikossifinissa (also known as the Kosinitza Monastery) on Mt Pangeon in northern Greece. The historic document was among hundreds of objects looted from the site by Bulgarian troops in 1917.

In January, the Museum of the Bible informed the office of Ecumenical Patriarch Bartholomew I, the world leader of the Eastern Orthodox Church, that it held one of the world’s oldest hand-lettered gospels, and subsequently offered to return it. According to the Athens-Macedonian News Agency, the patriarch has permitted the museum to display the work until October 2021, and loaned it three more manuscripts as a gesture of gratitude for the gospels’ return.

In recent years, the Museum of the Bible’s collection, originally owned by the Green family in Oklahoma City, founders of the arts and crafts chain Hobby Lobby, has been found to hold many objects that were smuggled out of their countries of origin or brought into the US improperly. The museum, which opened in 2017 in a massive former refrigerated warehouse south of the National Mall, has started to more thoroughly investigate its collection and has returned other antiquities. Now closed, the museum had a pre-pandemic attendance of one million visitors per year.

The Eikosiphoinissa Manuscript 220 was among 431 manuscripts and 470 other works pillaged from the monastery’s library, including icons, vestments and liturgical objects. The Museum of the Bible’s website links to a report on the atrocities committed in the region by Bulgarian partisans known as komitadji, as well as the looting carried out under the direction of a Czech war reporter, Vladimir Sis, who presented himself as a Bulgarian archaeologist. The objects were carried out on 24 mules, and were sold on by Sis in the 1920s, finding their way into collections in Europe and the US. The Ivan Dujcev Center for Slavo-Byzantine Studies in Sofia holds around 300 of the looted manuscripts, in violation of the Treaty of Neuilly, which required Bulgaria to return all cultural objects taken during the First World War.

According to research done by the Museum of the Bible, the Eikosiphoinissa Manuscript 220 was sold in New York in 1958 by the dealer H. P. Kraus and purchased at Christie’s by the Green Collection in 2011. It entered the museum’s collection in 2014.

Other manuscripts from the monastery have been tracked to the US, according to the Museum of the Bible's research, where donors gave them to Princeton University, Duke University, the Morgan Library and the Lutheran School of Theology at Chicago (LSTC). In 2016, the LSTC handed back a rare ninth century manuscript of the entire New Testament (also known as Codex 1424), which had been bought by the seminary’s former president Levi Franklin Gruber from a European book dealer in 1920, and donated to the school by his widow.

At the time of its return, Archbishop Demetrios, the Exarch of the Ecumenical Patriarchate in the US, said: “We hope that other collections in the US which also possess manuscripts originating from the Kosinitza Monastery will follow the fine example set by LSTC and voluntarily return the manuscripts to their rightful home.”