Apple Tree II, once confused for Roses Under the Trees, was returned to the wrong family 20 years ago, leaving the heirs of its original owner facing huge obstacles to get it back 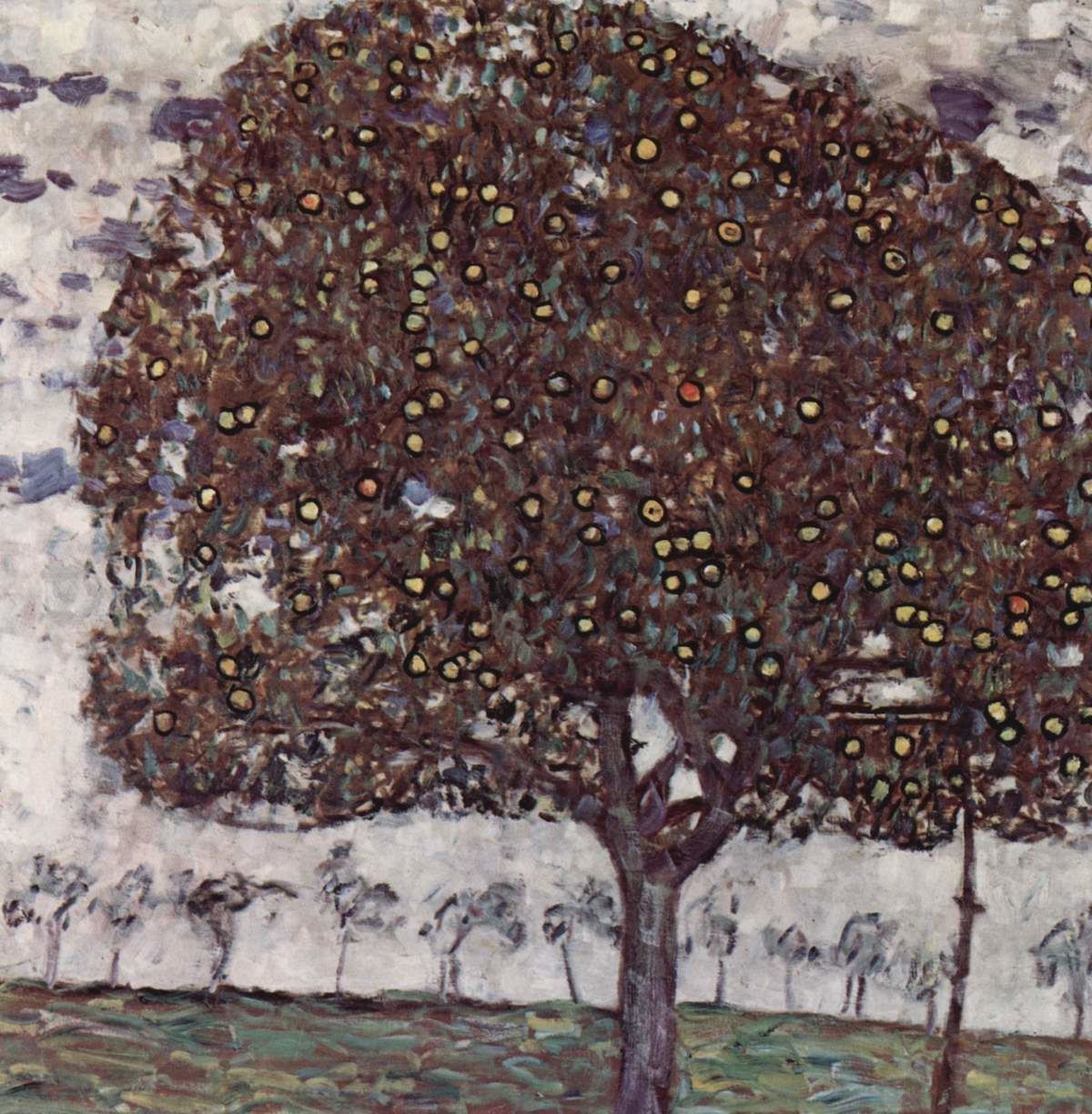 Now that Roses Under the Trees (1905), the only painting by Gustav Klimt in a French national museum, is due to be restituted from the Musée d’Orsay in Paris to the heirs of Viennese Jews whom the Nazis robbed, eyes are on another Klimt landscape painting believed to be in France: Apple Tree II (1916), returned to the wrong family 20 years ago after it was confused for Roses Under the Trees, and now held by billionaire Bernard Arnault.

Apple Tree II was owned by Elisabeth Bachofen-Echt, the daughter of Erich and Serena Lederer, from a family of Jewish distillers, before the Nazi annexation of Austria in 1938. Many of the Lederers’ paintings were seized and major works by Klimt were destroyed in 1945, including another possible arboreal landscape Golden Apple Tree (1903), when retreating German troops set fire to Schloss Immendorf, where looted art was held.

After the Anschluss, Apple Tree II was obtained by Gustav Ucicky, a Nazi film-maker and an illegitimate son of Gustav Klimt. How Ucicky got it is still not certain, but the picture entered the collection of the Belvedere Museum in Vienna after Ucicky died in 1961.

In 2001, despite at least one researcher’s misgivings, Apple Tree II was handed over from the Belvedere to the heirs of Nora Stiasny, who was murdered in the Belzec death camp in 1942, along with her mother Amalie Zuckerkandl, the subject of an unfinished 1917 portrait by Klimt. It was then sold through the dealer Daniella Luxemburg to the French collector Bernard Arnault, the founder and CEO of Louis Vuitton–Moet Hennessy (LVMH). Arnault, ranked by Forbes as the world’s third richest man, paid around $20 million.

The mistaken restitution was not a secret, and although Austrian authorities have since admitted the error, Lederer heirs say the government has done nothing more, despite the official goal of a “reinen Tisch”, a table clear of property disputes. 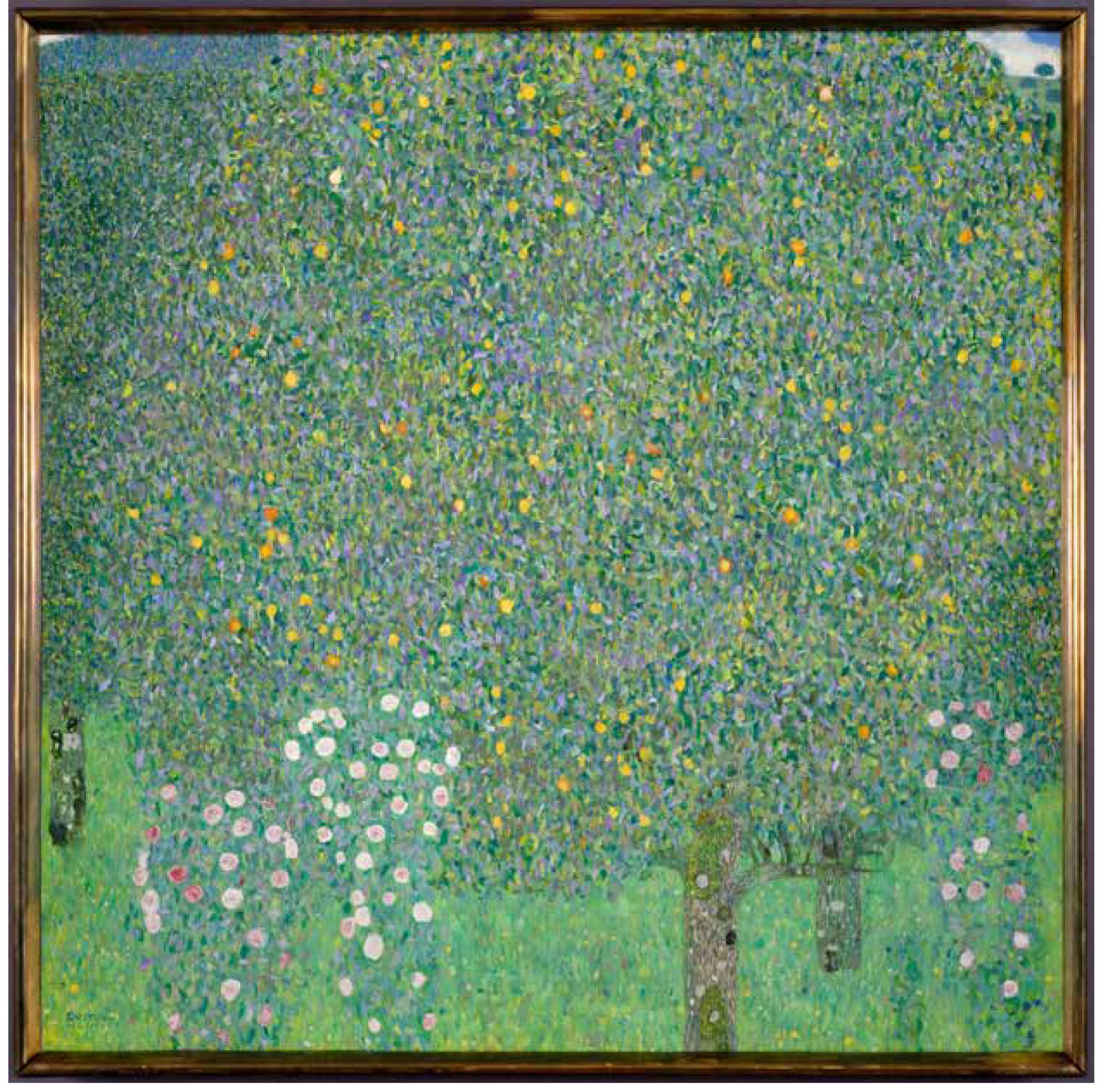 Soon after France announced its decision last month to restitute Roses Under the Tree, a press release issued by Austria’s cultural ministry referred to the mistaken decision to hand over Apple Tree II to the same family. “The painting handed over to the heirs of Nora Stiasny in November 2001 could be identical to a work from the Lederer Collection,” the ministry stated. “However, no evidence could be provided for this, nor for the assumption that there was a Nazi persecution-related seizure.”

Yet evidence of the Lederer’s ownership has existed for years. “I think it’s 100% persuasive—I don’t question it,” says the provenance researcher Sophie Lillie, the author of a study of Nazi seizures of Jewish property, as well as one on the Beethoven Frieze in the Secession Building, Vienna, over which Erich Lederer reached a begrudging settlement with Austria in 1972.

The Lederer family still face huge obstacles to recovering Apple Tree II or receiving any compensation for it.

The picture is now believed to be in France. The Stiasny heirs who sold it are in Sweden. When asked for comment, attorney Alfred Noll, who represented the late heir, Viktor Hofmann, in the return of both Klimts wrote in an email that “Apple Tree II was restituted to the heirs of Nora Stiasny by the then rightful owner under Austrian Law, the Federal Republic of Austria.” Further information, Noll said, could be found in the official Austrian press release on the return of Roses.

The Austrian Restitution Law, enacted in 1998 and amended in 2009, provides for discretionary decisions to return objects based on the examination of research dossiers. Works are returned to the heirs of victims as “gifts” from the Austrian state. The law allows no lawsuits from victims, no cash compensation, and no appeals.

The sole Lederer heir who is talking to the press, Ralf Jacobs, cites a contract, mentioned in a 2017 article on the dispute in the Austrian newspaper Kurier, which quotes Hofmann saying: “I undertake, also on behalf of my legal successors, to return the painting Apfelbaum (Apple Tree) by Gustav Klimt, which was handed over to me, to the [Belvedere], if it should turn out that the painting turned over to me is in truth not identical with the painting which was at that time the property of Mrs Eleonore (Nora) Stiasny.” But Hofmann’s lawyer says no such contract actually exists.

While Vienna prepares to celebrate the return of Roses under the Trees, the as yet unresolved case of Apple Tree II is unlikely to go away.

“The impetus for the restitution efforts of the past two decades was the desire to correct some of the mistakes made during the post-war period,” says the lawyer Randol Schoenberg, who has won and lost battles over Klimt paintings looted by the Nazis, notably recovering a portrait of Adele Bloch-Bauer for her niece Maria Altmann. “And yet the current actors seem incapable of recognising and correcting their own mistakes. So, the goal of a ‘reinen Tisch’ cannot be achieved.”