April
ARTnews 4 May 2021
By Angelica Villa 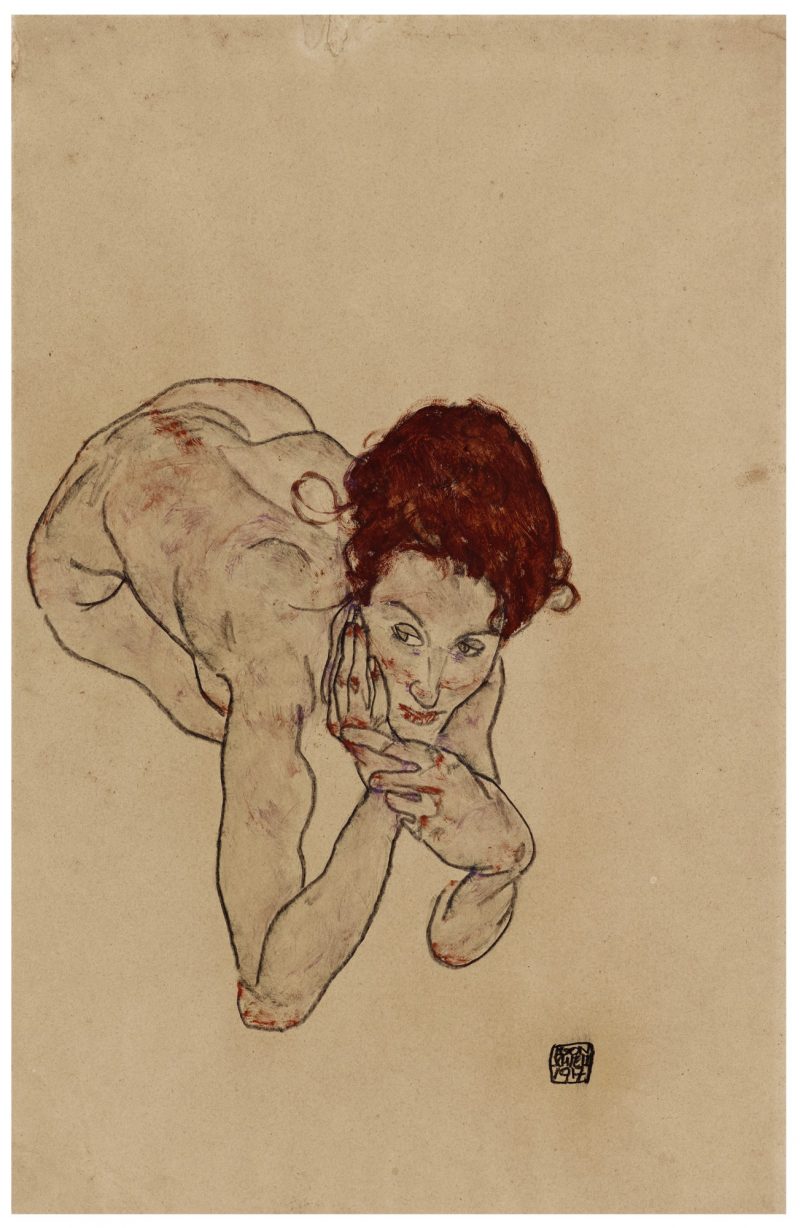 A 1917 watercolor by Egon Schiele that was recently restituted by Colonge’s Museum Ludwig will be sold during Sotheby’s Impressionist and modern art evening sale on May 12 in New York. It is expected to fetch a price of $2.5 million–$3.5 million and is being offered with a guarantee.

Schiele’s Kauernder weiblicher Akt (Crouching Female Nude) depicts a kneeling nude woman, and had been in the collection of the Museum Ludwig since 1976. It was returned to the heirs of Heinrich Rieger, the work’s original owner, last month. A German commission issued a formal recommendation for the work’s restitution after Rieger’s heirs made a claim for it.

“We are now grateful to the Commission for this unanimously adopted recommendation. We also thank the heirs of Dr. Heinrich Rieger for their patience and are relieved that with the return of the work to the family a just and fair solution has now been found,” said the museum’s director, Yilmaz Dziewior, in a statement to ARTnews.

Rieger, a Jewish-Austrian dentist and art collector active in the early 20th century, was one of Schiele’s top patrons. He treated Schiele as a patient and was known to have accepted works of art as payment for medical treatments. By the late 1930s, Reiger’s collection included some 800 works by Austrian modernists. According to the German advisory commission, Rieger may have owned as many as 150 pieces by Schiele.

In 1938, when Austria was annexed to Germany, Rieger faced persecution and was forced to sell his collection, a portion of which ended up in the hands of Nazi-era art dealer Friedrich Welz. After being deported, Rieger died in 1942 in the Theresienstadt concentration camp. In 1944, his wife Berta died in Auschwitz. Their son Robert, who died in 1985, survived persecution and fled to France and then New York in 1939 with his wife and daughter.

The work’s provenance does not contain information about its whereabouts between 1938 and 1965. It resurfaced on the market in 1965, when Brazilian collector Walter Geyerhahn sold it to the Swiss art dealer Marianne Feilchenfeldt. Records indicate that Feilchenfeldt facilitated its sale and subsequent gift to the city of Cologne through the Freunde des Wallraf-Richartz-Museum in April 1966 for 18,000 Deutsche Marks.

Over the past decade, other works by Schiele from the Rieger collection have also been subject to restitution claims. In November, the artist’s painting Wayside Shrine (1907) was confiscated by Austrian authorities ahead of its scheduled sale at the Viennese auction house Dorotheum, where it was estimated at $45,000. During the war, the painting went directly to Welz, who sold off most of the Rieger collection.

And in 2019, the Robert Owen Lehmann Foundation attempted to sell a drawing by Schiele’s wife Edith, prompting an ongoing three-way ongoing ownership dispute between the organization, the Rieger heirs, and the late Eva Zirkl, who claimed her uncle owned the work.

Part of the proceeds from the sale of Kauernder weiblicher Akt will go to to the Post Graduate Mental Health Center of Manhattan, a main beneficiary of the estate of Dr. Robert Rieger.