The court denied Léone Meyer's attempt to overturn a settlement with an Oklahoma art museum. 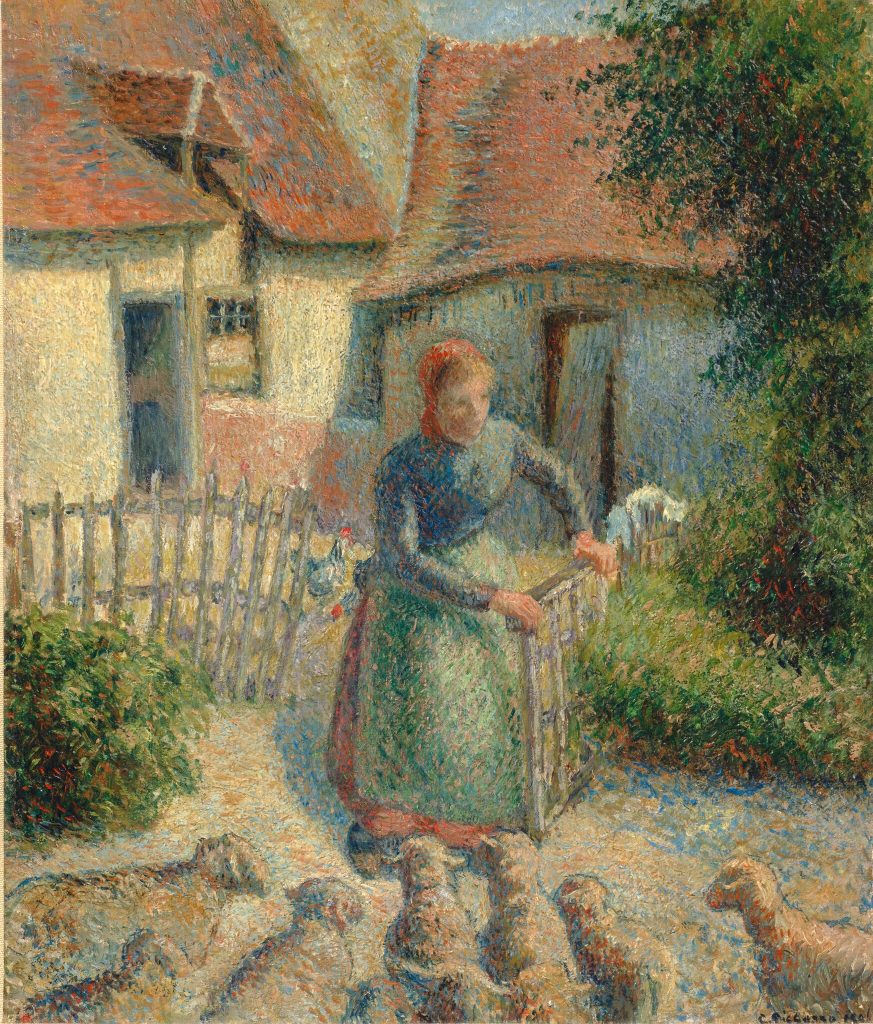 Holocaust survivor Léone Meyer has faced another setback in her attempt to keep a Camille Pissarro painting, which had been looted from her family by Nazis, in France.

Meyer is fighting to overturn a settlement with the Fred Jones Jr. Museum of Art at the University of Oklahoma and, in the meantime, sought to keep Pissarro’s 1886 painting La Bergère Rentrant des Moutons (Shepherdess Bringing in Sheep), from leaving her home country. But a French court denied her request, and found that a district court in Oklahoma has jurisdiction over the settlement, not France.

Meyer must also continue to pay fines of $2,500 a day for breaching the terms of the settlement contract—now up to $3.65 million—until she drops the French lawsuits.

Soffer did not respond to requests for comment. Representatives for the Fred Jones Jr. Museum declined to comment.

During the German occupation of France during World War II, Nazis stole the French Impressionist painting from the bank where the Meyer family was storing it when they fled the country.

Meyer’s biological family was killed at Auschwitz, but the now 81-year-old was adopted by Holocaust survivor Raoul Meyer, who attempted to recover his looted collection. Unfortunately, the theft occurred in 1941, and by the time he found the Pissarro painting, in Geneva in 1951, Swiss courts had dismissed his case because the statute of limitations had expired.

After a three-year legal dispute, the university agreed to transfer ownership of the painting to Meyer, on the condition that she donate it to a French museum of her choice, and that it split time between that institution and the Fred Jones Jr. Museum.

“We, both parties, thought a sharing opportunity was an approach that seemed to be fair, just because it balanced the respective interests and, legally, she didn’t have a claim, because the case was already resolved,” Thaddeus Stauber, the university’s lawyer, told OU Daily in April.

But the agreement didn’t last. The Musée d’Orsay in Paris, where the work has been on loan for the past five years, declined to accept Meyer’s donation because it didn’t want to transport the painting back and forth to Oklahoma every three years in perpetuity. (The work is currently scheduled to return to Oklahoma for the next three years beginning in July.)

In November, convinced that no French museum would want the painting under the terms of the settlement, Meyer took legal action in France to have it overturned. (Should Meyer fail to donate the work before her death, it would pass to the U.S. Art in Embassies program, according to Soffer.)

As part of the latest legal dispute, Meyer’s attorneys argue that she was pressured to settle because the statute of limitation was again set to expire, and that the Holocaust Expropriated Art Recovery Act, passed later that year, would have given her a better deal.

Last year, the French High Court upheld the restitution of another Nazi-looted Pissarro painting, La cueillette des pois (The Pea Harvest). American collector Bruce Toll had loaned it to Paris’s Marmottan Museum in 2017, at which point France seized the painting and handed it over to the heirs of Jewish collector Simon Bauer. The court found that anyone in possession of stolen art must return it unconditionally.

In Meyer’s case, the latest French ruling also found that she was responsible for all costs associated with the case. As of last month, the university had spent $709,254 in legal fees since November, according to the OU Daily.