Recently Restituted Nazi-Looted Paintings to Be Auctioned by Christie’s 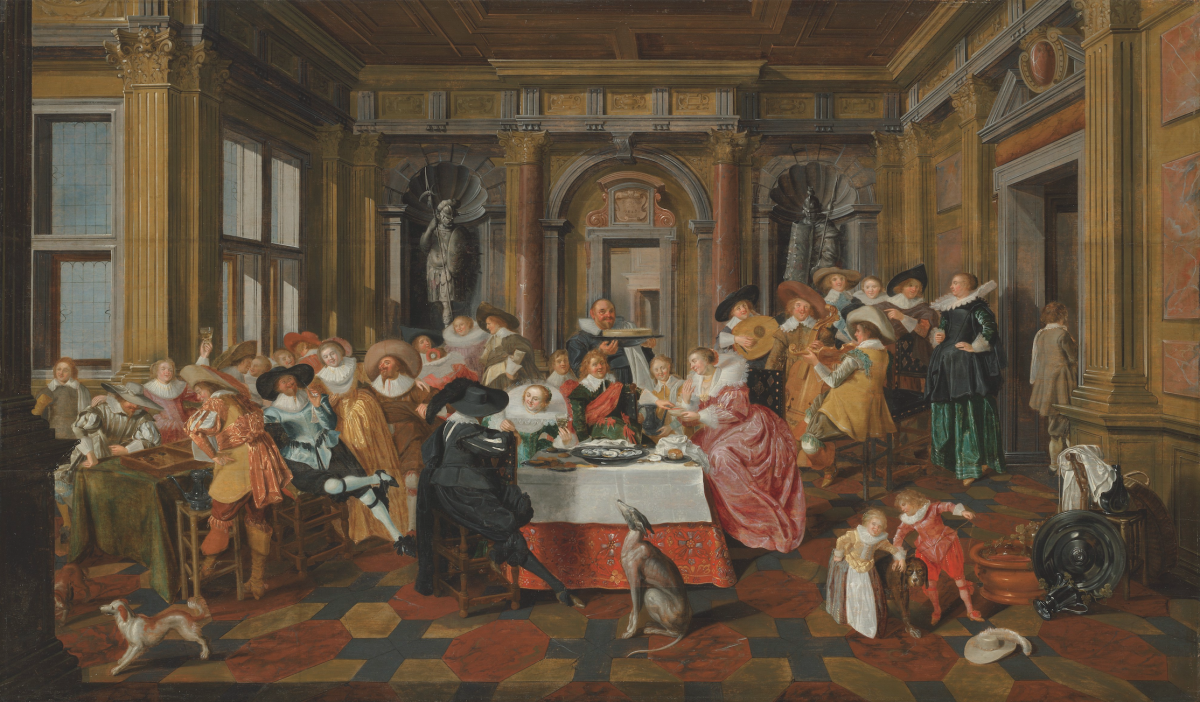 Two 17th-century Dutch paintings sold under duress by their original Dutch Jewish owner during World War II are coming to auction. The works—Jan Davidsz. de Heem’s Banquet Scene with Musicians and Shuffle Board Players (1628) and Dirk Hals and Dirck van Delen’s A Merry Company in a palatial interior (ca. 17th century)—were restituted in 2019 by the Dutch government to the original owner’s heirs. They will be sold during a Christie’s Old Masters evening sale in London on July 8.

De Heem’s intricate still life painting has been on long-term loan at the Centraal Museum in Utrecht since 1948. Hals and van Delen’s painting depicts a lively dining room scene, and was on loan at the Frans Hals Museum in Haarlem. They are now expected to fetch a collected price of £3.7 million–£6 million ($5.2 million–$8.5 million) at auction.

The works’ original owner, Jacob Lierens, lived in Amsterdam and accrued his wealth through the scrap metal and textiles industries. He was forced to sell his collection at 1941 auction in Amsterdam, when the city was under Nazi occupation. In 1943, Lierens and his wife, Johanna, were arrested and detained in the Westerbork transit camp in northeastern Netherlands. They were later released in exchange for payment and went into hiding.

The head of the Linz Special Commission, Hans Posse, purchased the two paintings from the 1941 auction with plans to include them in the collection of the unrealized Führermuseum, which Hitler planned to build in Linz, Austria, as the venue for his vast collection of looted art from throughout Europe.

Between 1943 and 1946, the Allied forces operated the Monuments, Fine Arts, and Archives program—whose employees were dubbed the “Monuments Men”—to protect cultural and historic landmarks in Europe and to recover art that had been looted. Among the works it recovered were the two soon-to-be-auctioned paintings. They were handed over to the Dutch government, which soon placed them on long-term loan to its public museums in the Netherlands.

In a statement, Henry Pettifer, head of Old Masters for Christie’s London, said, “This will be first time that either picture has appeared on the market in eighty years and I anticipate strong interest in both these works.”

In 2018, in a precedent-setting decision, a Dutch governmental restitution committee recommended the restitution of the two paintings following the Lierens family claim to recover the works. The committee’s decision said, “The sale of the paintings was connected to measures taken by the occupying forces against Jewish members of the population and took place in order to save the couple’s lives.”