How Nazi-looted treasures ended up in a Jewish-owned collection

After a Jewish art collector donated antiques to the Victoria and Albert Museum, Jenni Frazer looks at their 'concealed histories' and how much was known about their acquisition 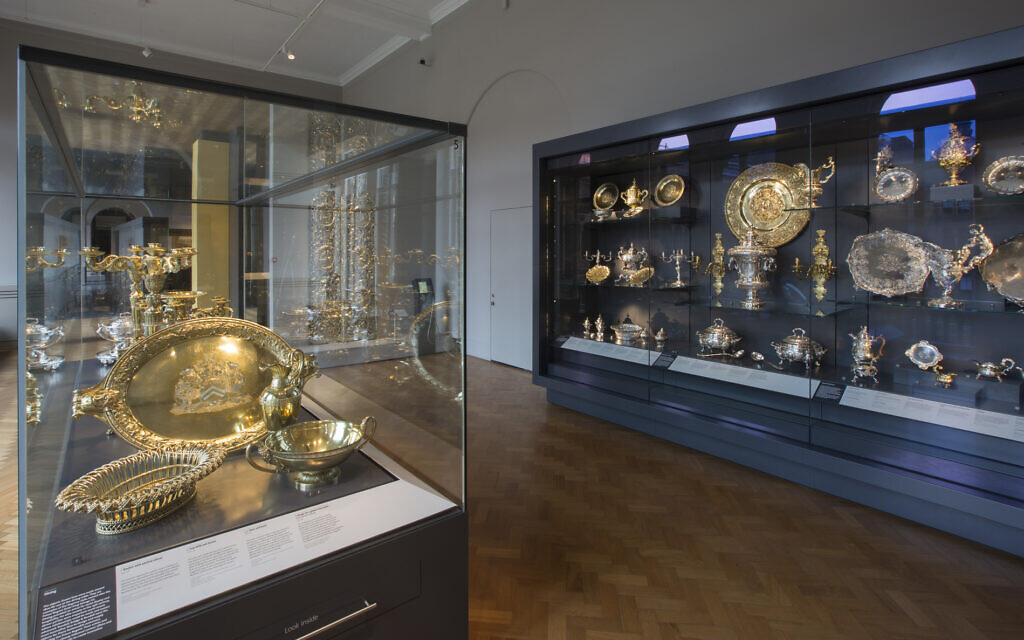 One day in 1969, Arthur Gilbert, a Jewish immigrant to Los Angeles from London, wandered into an antiques shop on the city’s upscale Rodeo Drive – and fell in love.

Specifically, he fell in love with an almost forgotten and startling art form – what Gilbert called micromosaics – thousands and thousands of tiny pieces of glass that form a picture, almost indistinguishable from a painting.

The technique, developed in Rome in the 18th century and applied to objects ranging from exquisite tabletops to snuffboxes, became the core of one of the most extraordinary collections of decorative arts in any museum: the Rosalinde and Arthur Gilbert Collection, on permanent loan at the Victoria and Albert Museum since 2008.

Even without the “mania for micromosaics”, the Gilberts’ story is extraordinary.

The beautiful Rosalinde Gilbert met the handsome Abraham Bernstein – as he was then known – at a ball held at Madame Tussauds waxworks in London; they married in 1934. 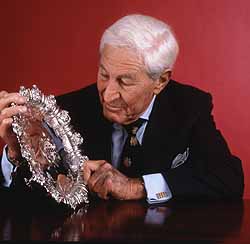 With just £500, the couple launched a women’s high fashion house, Rosalinde Gilbert Limited, based on her designs. Because everyone addressed Arthur, as he had become, as Mr Gilbert rather than Mr Bernstein, he changed his name legally – and he eventually became Sir Arthur Gilbert at the end of his long life.

By 1945, the fashion business was so successful that the Gilberts moved to California, intending to retire. But Arthur’s genius for making money from real estate led him to a second career, becoming a property tycoon and benefiting from the post-war building boom in Los Angeles.

But as Dr Jacques Schuhmacher, the provenance and spoliation curator at the Victoria and Albert Museum (V&A), explained, the Gilberts began building their collection “at a time when gaps in provenance [the detailed ownership history of an artwork] were not seen as a problem”.

And so, unwittingly, Arthur and Rosalinde, themselves children of Jewish immigrants from eastern Europe, did not ask whether anything they were buying could have been looted by Nazis from other Jewish collectors during the Holocaust.

After Rosalinde’s death in 1995, Arthur gifted the collection to Britain. Its home was originally at Somerset House before moving to the V&A.

It is now administered by a trust, which still buys items to add to the collection.

Schuhmacher, a Frankfurt-born historian who completed his doctorate in Oxford, arrived at the V&A in 2018 to begin meticulous research into the 1,000 objects in the Gilbert collection.

He has become both an art lover and a detective, following the paper trail in dusty archives, identifying the original owners of an object and then trying to find what became of it between 1933, when the Nazis rose to power, and 1945, the end of the war.

To date, Schuhmacher, working with the Gilbert collection curator, Alice Minter, believes there are 80 objects in the collection that have gaps in their provenance. 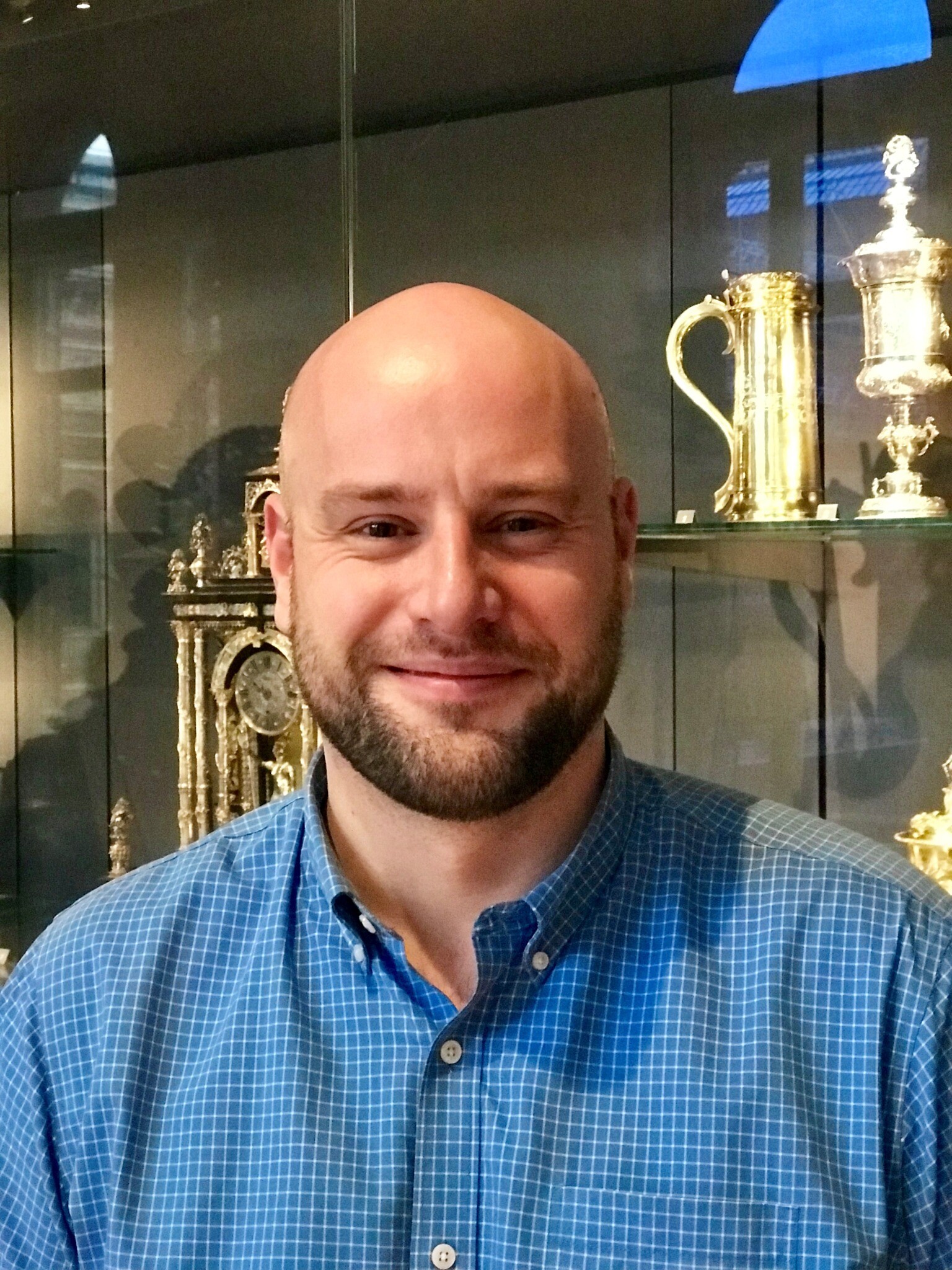 Not all these gaps will have been due to Nazi looting, but Schuhmacher has identified at least eight with what he calls “concealed histories” – and each object has a fascinating backstory.

Just trying to explain the story behind each artwork was a challenge in itself, as the V&A normally insists that each of its objects is only captioned with 60 words. In this instance, special dispensation had to be given for explanatory captions to double that figure.

One of the most striking items is a sumptuous clock made from silver and inlaid ivory, thought to have been made in 1690, but not assembled in its present form until 1880. 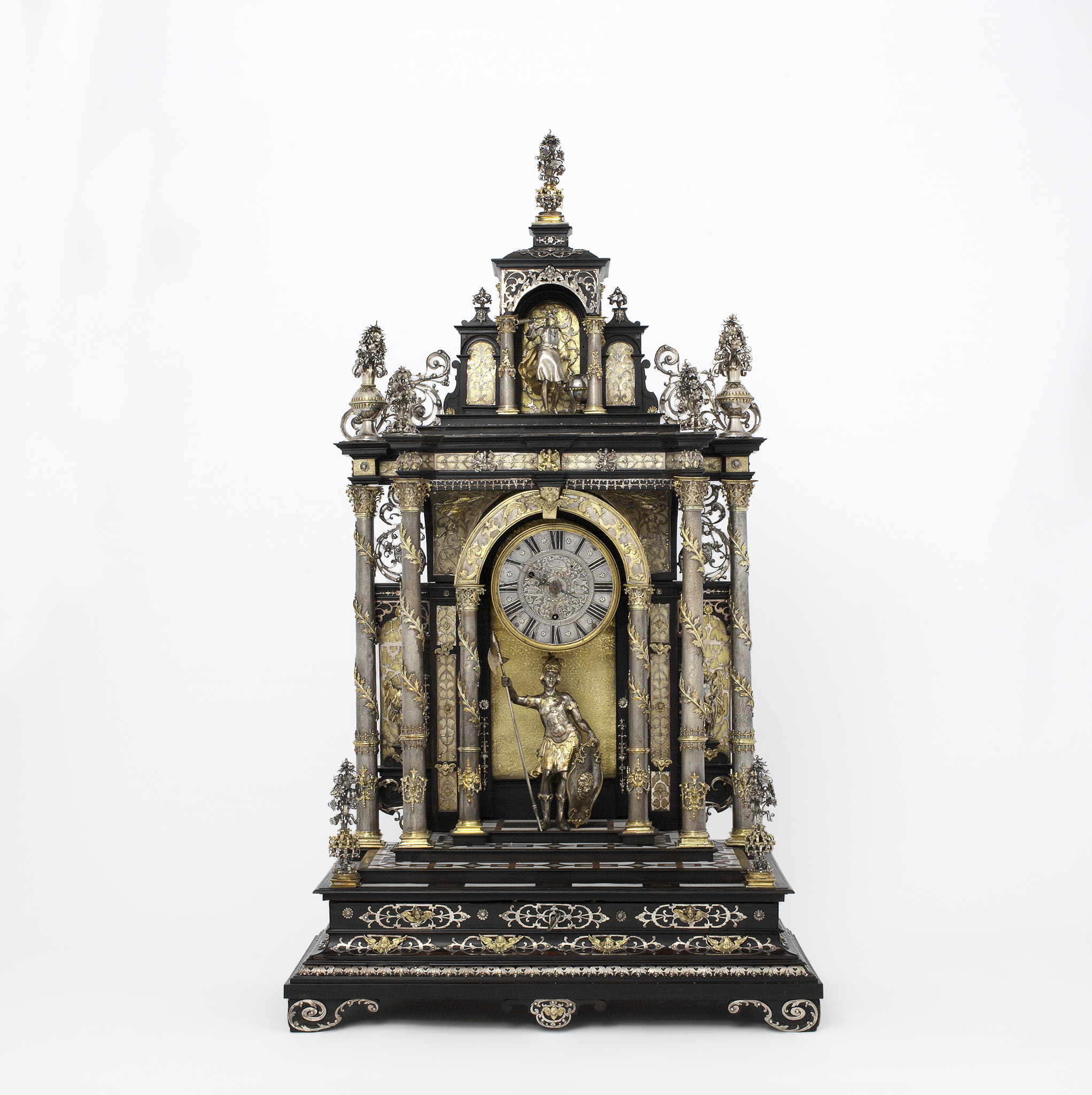 Silver and ivory clock, made about 1690

It was once owned by a successful Jewish clockmaker from Frankfurt, Nathan Ruben Frankel, who died in 1909.  But no one knows what happened to the clock – which features a tiny figure of a navigator looking out to sea, on the top level – between Frankel’s death and its acquisition by Arthur Gilbert in Milwaukee in 1979.

Frankel’s descendants, Friedrich and Klara Frankel, had a thriving watch business in Frankfurt that they were forced to sell to the Nazis. The couple fled to France in 1938 and survived the war in hiding.

But it is not known whether they still owned the clock when the Nazis took over their business – or if they reclaimed it after the war. Perhaps it is a mystery that will never be solved.

There are also a stunning pair of filigree gates, once adorning a monastery in Kiev. The gates, now on display in the Gilbert collection galleries in the V&A, were once owned by S and J Goldschmidt, among the most famous of Jewish art dealers in both Frankfurt and Berlin. 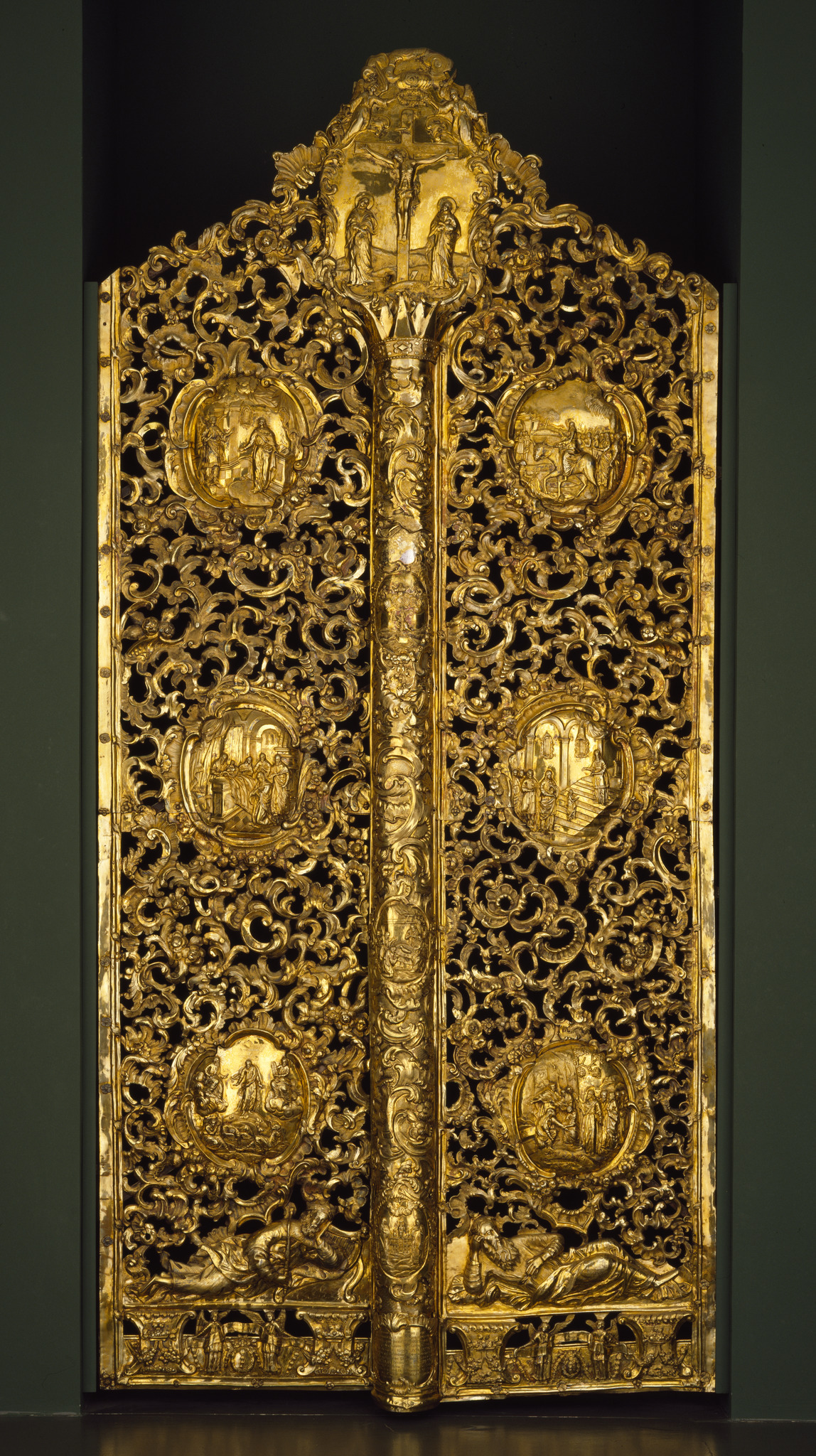 After their company was seized by the Nazis in 1937, the gates were eventually sold in London. But again, there are big gaps in the ownership history of these priceless items.

It’s hard to judge Rosalinde and Arthur for not asking more questions about whether the items in their collection were the result of Nazi looting. Perhaps they were simply swayed by the fact that some of the objects had come from the collection of newspaper tycoon William Randolph Hearst. But where they were during the Holocaust may never be fully discovered.