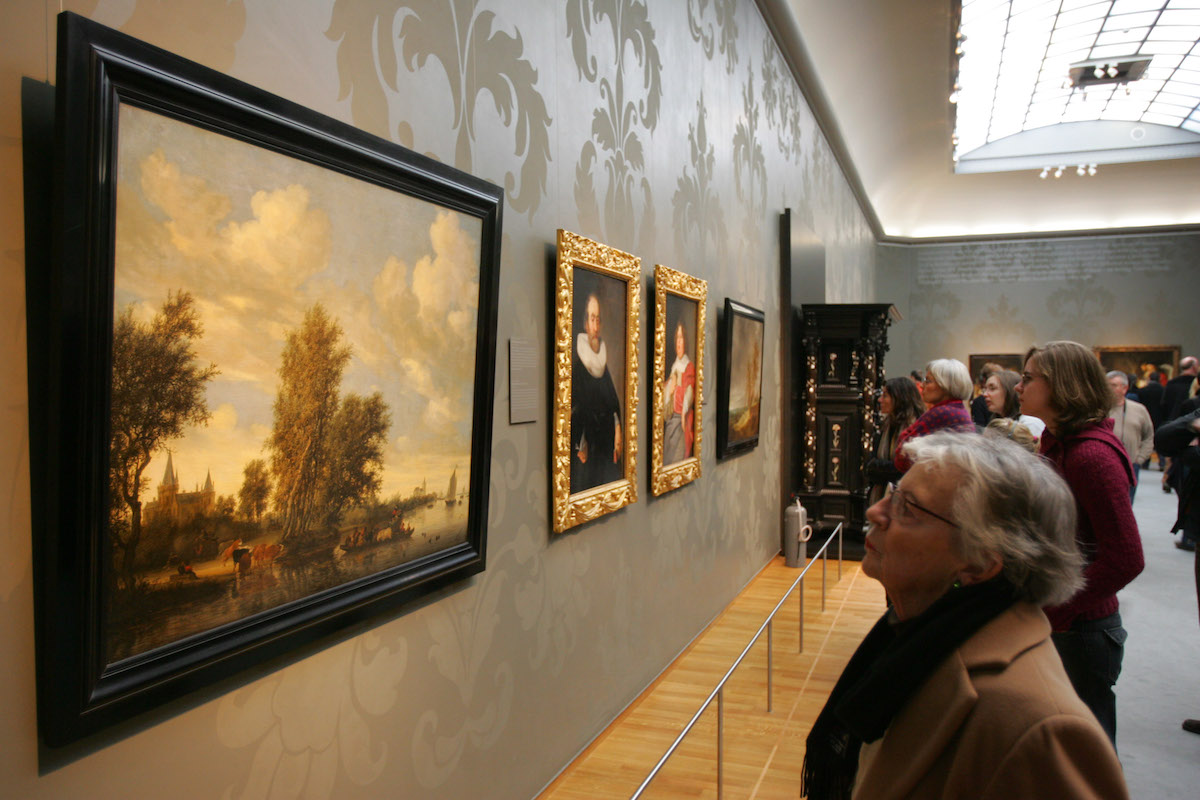 Nazi-looted works such as Salomon van Ruysdael's River Landscape with Ferry, once held in the collection of the Rijksmuseum, were restituted to the heirs of the Goudstikker family in 2006.

On Friday, the Dutch government said it would initiate a grand inquiry into the Nazi-looted art in its national holdings, potentially signifying a major shift in the way that the Netherlands deals with restitution.

Often, when artworks plundered during World War II are returned, a claim has been made by the heirs of the pieces’ original owners. But the investigation may make it so that artworks can be returned without anyone having to make any claims.

In its release announcing the news, the Dutch government said that it “aims to return as much as possible of the art looted by the Nazis during the Second World War to its rightful owners.” Doing so could effectively reshape the country’s national holdings. According to a website created by the Dutch government, more than 3,000 plundered works came back to the country after the war.

In a statement, Ingrid van Engelshoven, the Netherlands’s Minister of Education, Culture and Science, said, “We must continue our efforts to return items lost involuntarily or acquired illegally around the time of the Second World War to the right people. . . . This is an important step forward in our thinking around restitution policy.”

The Dutch government said it will re-examine works in its Netherlands Art Property Collection, which is devoted to Nazi-looted works. Provenances will be revisited in an attempt to furnish them with more detail, and the Cultural Heritage Agency will renew efforts to identify works’ owners.

The government said it now wants to be more transparent about its proceedings. Additionally, officials have recently established a process for dealing with “heirless art,” or work whose owner cannot be identified. Such pieces will be returned to a Jewish heritage institution.

Holland has long been considered a leader when it comes to restituting Nazi-looted art. In 2002, the country set up the Dutch Restitution Committee to oversee efforts to return such works. But, in recent years, the country’s reputation regarding restitution has begun to wane. In 2020, the New York Times reported that the committee had heard 163 cases involving 1,620 works of art, of which only 588 were returned.

Many commentators began alleging that the committee was prioritizing the state over claimants. In 2020, lawyer Jacob Kohnstamm issued a report that found that the Dutch Restitution Committee needed to be “more empathic” and recommended that it abolish its “balance of interests” methods, which allow the committee to give weight to the national interests as well as the interests of the claimants. Two members of the committee, including its chairman, resigned after the report was issued.

Meanwhile, the Dutch government is also aiming to repatriate objects from its holdings that were plundered from former colonies. “There is no place in the Dutch State Collection for cultural heritage objects that were acquired through theft,” van Engelshoven said in February.