The auction of Meissen objects restituted by the Rijksmuseum brought in $15 million, seven times the presale estimate. 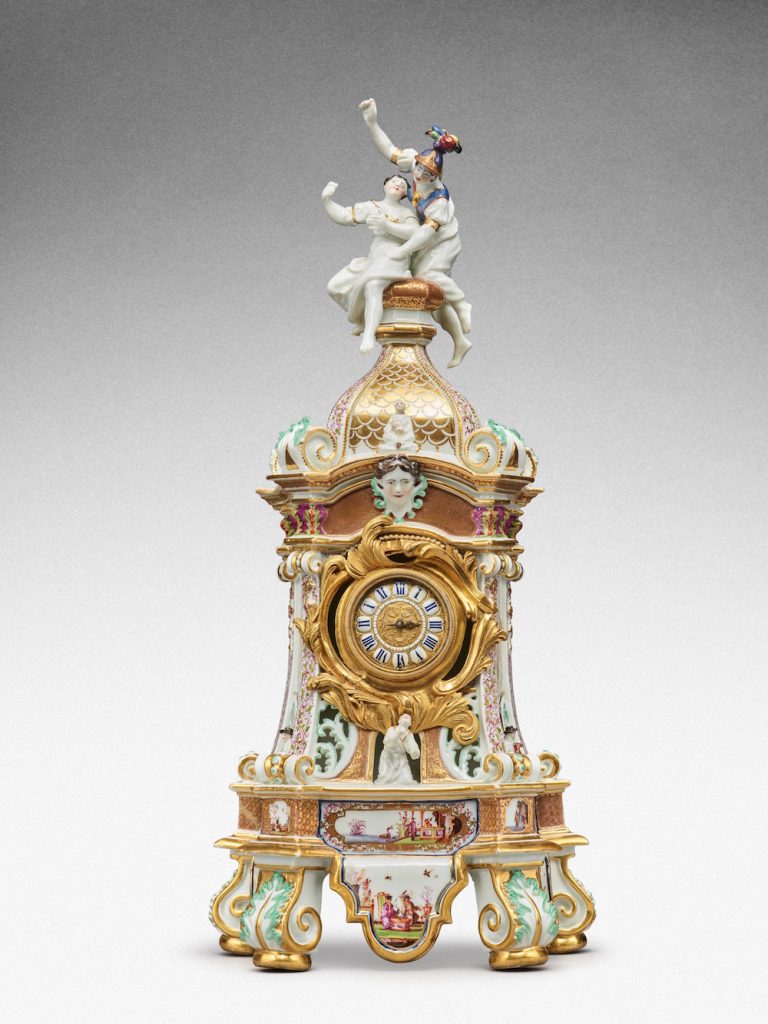 A sale at Sotheby’s of nearly 120 lots of rare, early 18th-century Meissen porcelain smashed all expectations in a live auction at its New York saleroom this morning. Porcelain objects from the famed European manufacturer—which are often referred to as “white gold” in the industry because of their rarity and value—tend to draw a cultlike following. The Meissen factory, established in 1710, was the first in Europe to reliably turn out hard-paste porcelain equal to that of China, which had been producing porcelain for 2,000 years.

These works had the added luster of having been housed in Amsterdam’s Rijksmuseum until recently, when, earlier this year, the Restitution Commission of the Netherlands accepted that this porcelain had belonged to the Oppenheimer family, Jewish refugees who fled Germany in 1936, and that the works should be restituted to their heirs.

Furthermore, many of the works had once belonged to Augustus the Strong, King of Poland and Grand Duke of Lithuania, between 1697 and 1706.

The 117 lots on offer were expected to realize $2 million, and estimated prices were wide-ranging, from just $300 to $400,000. Many of the lots had no reserve, or minimum asking price. In the end, the objects realized more than seven times the expected total, at $15 million. Four lots cleared $1 million each.

All of the lots sold, known in auction parlance as a “white glove” sale. In all, 97.4 percent of the lots achieved prices above their high estimates. In an unusual and unexpected twist, more than half of the lots were acquired by the Rijksmuseum. 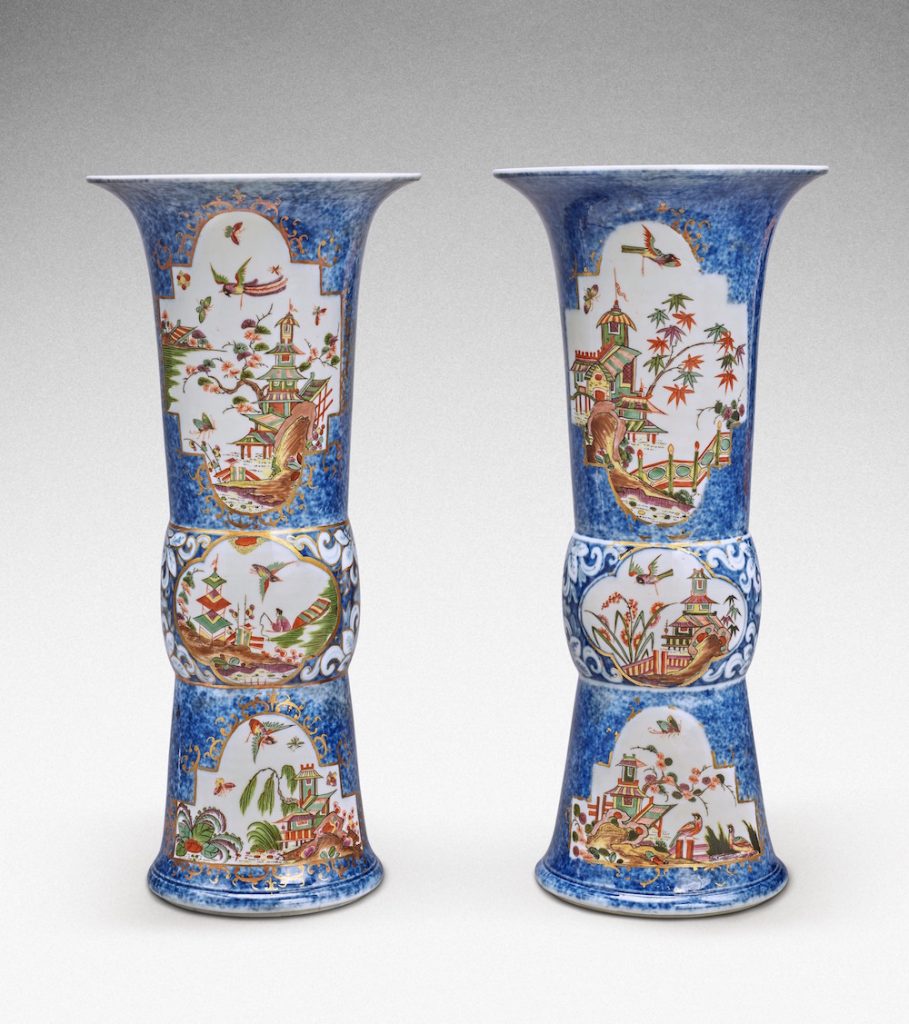 The top earner was a mantel clock case, dated 1727, with a gilt-bronze mount most likely of German origin from the mid-18th century, and a movement signed “Barrey à Paris,” dated circa 1700. It sold to the Rijksmuseum for just under $1.6 million, compared with a high estimate of $400,000. (Unless otherwise noted, all prices include buyer’s premium.)

A very rare pair of Meissen Augustus Rex underglaze-blue-ground beaker vases, circa 1725, sold for $1.2 million, soaring past the high estimate of $120,000.

An armorial tea and coffee service, made circa 1731 for the noble Morosini family of Venice, sold for $1.35 million—also to the Rijksmuseum—compared with a high estimate of $180,000. Another rare object, a famille verte goblet from circa 1725—possibly inspired by a Chinese Kangxi blue and white porcelain prototype—sold for $1.1 million, compared with an estimate of $50,000 to $70,000.

Sotheby’s described the offering as “one of the greatest prewar collections of Meissen porcelain to appear at auction in more than 60 years.” 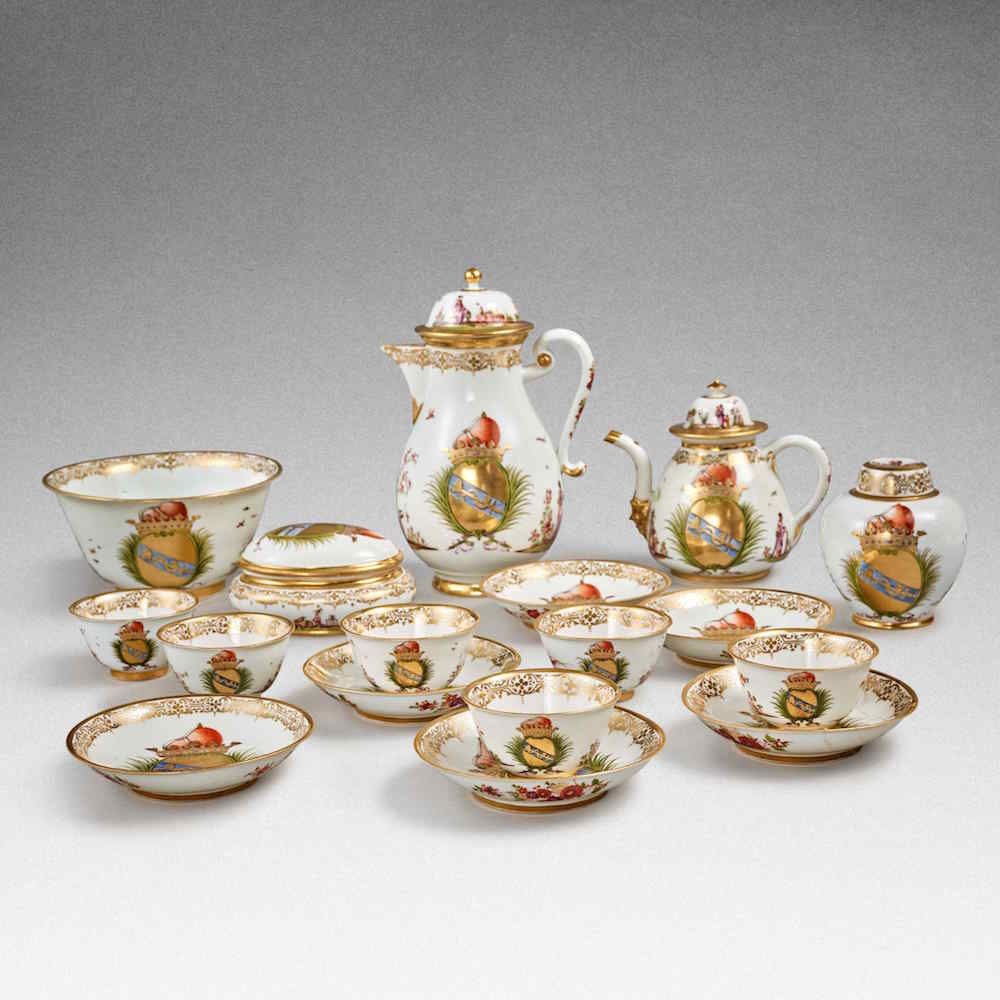 The cache was meticulously assembled by Dr. Franz and Margarethe Oppenheimer in the early decades of the 20th century. The Oppenheimers were connoisseurs, determined to build a magnificent Meissen collection at a time when it was still possible to acquire important pieces as they were being deaccessioned from the royal holdings in Dresden, according to Sotheby’s.

In 1927, as was the custom with many connoisseurs at the Oppenheimers’ level, they commissioned a catalogue of their collection, to be written by Professor Ludwig Schnorr von Carolsfeld, curator of the nearby Berliner Schlossmuseum. Von Carolsfeld catalogued 240 sets and individual pieces of porcelain, a number of which were featured in this auction. The couple continued to collect after the 1927 catalogue and added at least 126 objects to their holdings.

When the Nazis rose to power, Franz was persecuted because of his Jewish origins. Around December 1936, the couple fled Berlin to the relative safety of Vienna, and paid punitive emigration taxes.

However, their Vienna exile did not last long. German troops entered Austria on March 12, 1938, and Hitler proclaimed the Anschluss (or unification) of Austria into Germany. The Oppenheimers escaped to Budapest carrying only hand luggage. From Hungary, they traveled via Sweden and Colombia before finally reaching their new home in New York three and a half years later, in December 1941. 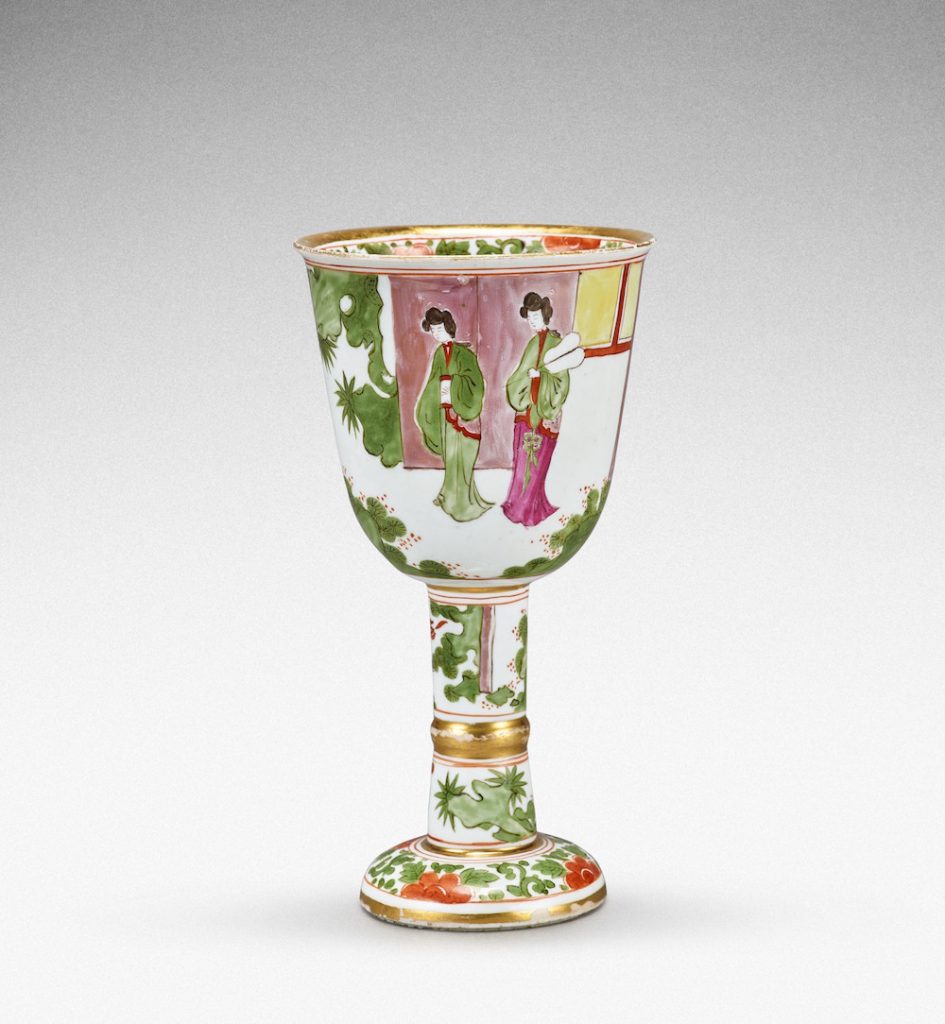 The Nazis confiscated everything they found in the Oppenheimers’ Vienna apartment, but discovered that the collectors had succeeded in removing at least two crates of their most valuable porcelain objects before their flight. According to Sotheby’s, it is likely that some of the porcelain in today’s sale was smuggled out of Vienna to keep it out of Nazi hands. It is not known precisely when the objects in this sale were lost to the Oppenheimers, however, they were with their next owner—another connoisseur-collector and an active opponent of the Nazi regime, Fritz Mannheimer—before his premature death in 1939.

Mannheimer established the Dutch branch of the Berlin-based Mendelssohn & Co. bank in 1920. Following his death and severe liquidity problems and debts related to the war, experts from the Rijksmuseum were brought in to value the art collection. Totaling 6.5 million guilders, Mannheimer’s executors decided to liquidate it as a contribution to the bank’s losses. A member of the SS based in Holland acquired the collection for Hitler in 1941.

When Allied bombing endangered Hitler’s holdings, the Meissen items that had been acquired from Mannheimer’s estate were moved for safekeeping, first to Vyšší Brod Monastery in South Bohemia and later to the salt mines in Bad Aussee in Austria. The porcelain was eventually discovered by Allied Monuments Officers and transferred to the Central Collecting Point in Munich in 1946. The collection was sent back to the Netherlands between 1945 and 1949. After the recovery of the collection, Mannheimer’s executors did not seek restitution—because they would have been obligated to refund the price paid by Hitler’s curators—and the collection passed into Dutch state holdings. Of the porcelain, some was held as property available for restitution and some was transferred to the Rijksmuseum.