The Great-Grandaughter of a Jewish Art Patron Spent Years Tracking Down His Collection. She Just Sold the First Restituted Work

A German state art collection restituted the painting to the heirs of Jules Strauss. 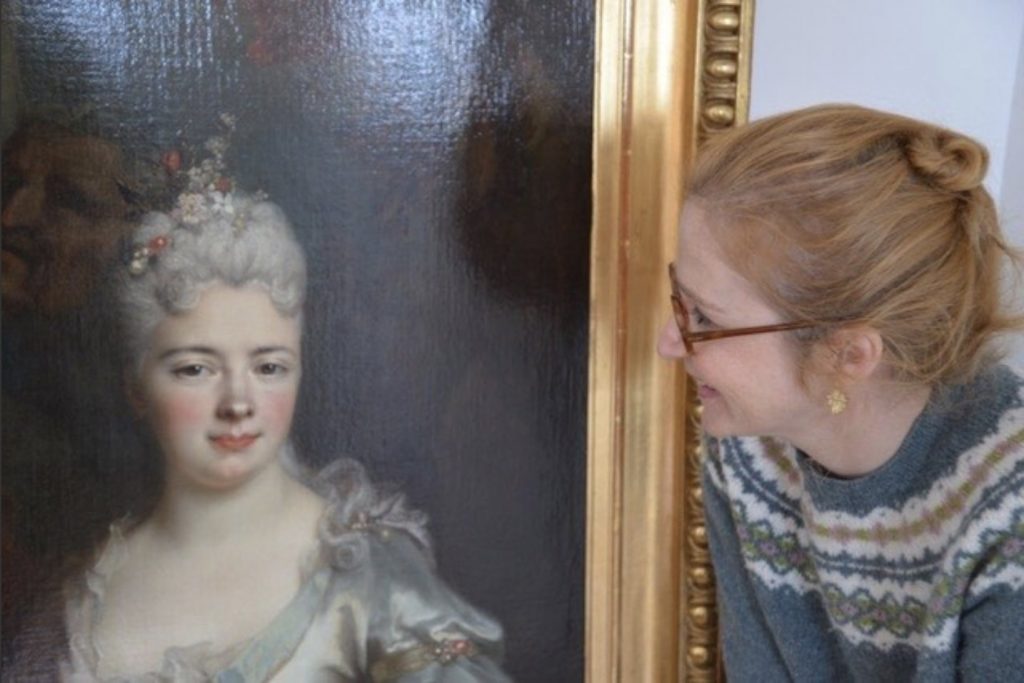 Pauline Baer de Perignon with Nicolas de Largillière's painting Portrait of a lady as Pomona, which was looted from her great grandfather during World War II. Photo by Julien Baer.

For most people in the room for part one of Sotheby’s “Master Paintings and Sculpture” sale in New York last week, Nicolas de Largillière’s Portrait of a Lady as Pomona, traditionally identified as the Marquise de Parabère was just another lot. It hammered down for a respectable $1 million on a $1 million to $1.5 million estimate.

But for Pauline Baer de Perignon, the work’s sale, which was over after only a minute of bidding, was the culmination of years of research at more than 20 libraries, and of her quest to discover what had become of the world-class art collection amassed by her Jewish great-grandfather, Jules Strauss, during the Nazi occupation of France.

“I felt quite tense during the auction, I guess it is all the live auction atmosphere. But also the fact that that was really the end of my journey with Madame de Largillière,” Baer de Perignon told Artnet News in an email. “And the question is my mind was ‘What’s next for me? What’s next for this painting?’”

The sale followed on the heels of the publication in English of her new book, The Vanished Collection, about how she came to realize that her family’s art may have been looted—and how she set about trying to get it back. 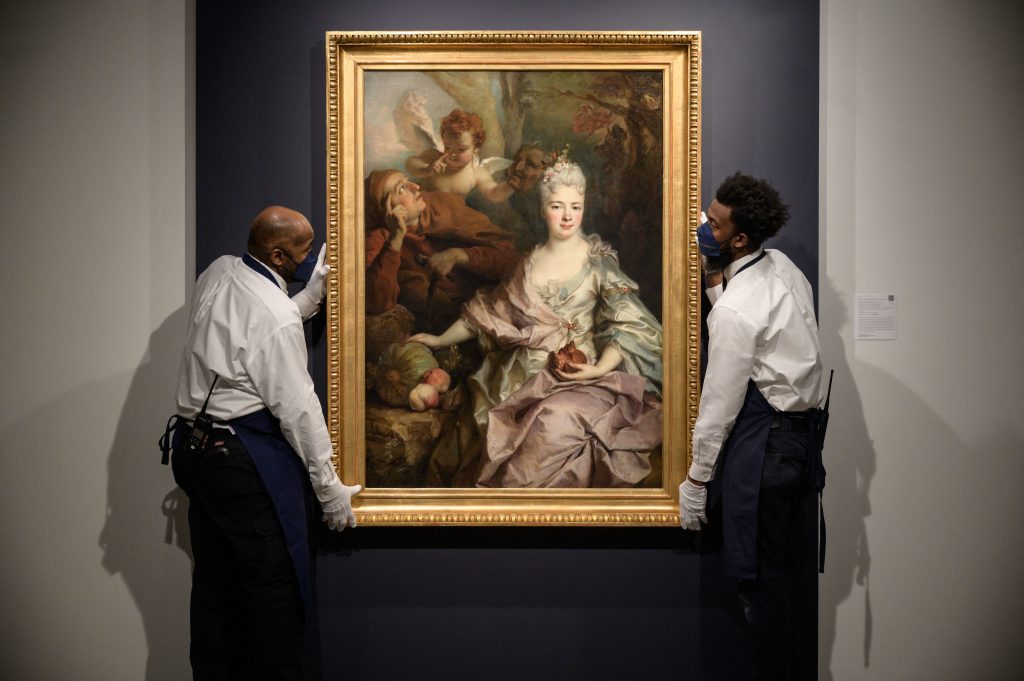 A painting by Nicolas de Largilliere entitled Portrait of a Lady as Pomona is displayed at Sotheby’s in New York, New York on January 21, 2022.

Lady as Pomona is the first painting from Strauss’s collection that has been restituted to his 20 heirs—the large size of the family necessitated the work’s sale, although Baer de Perignon did get to hang it in her Paris apartment for a year ahead of the auction.

It was a cousin who works at Sotheby’s who first alerted Baer de Perignon to the possibility that the Nazis could have looted Strauss’s belongings. She had no background in art herself, or any real knowledge of the family history.

Researching the book gave Baer de Perignon a window into the past, teaching her about Strauss’s role as a benefactor to the Louvre, donating many of the ornate frames now used to display its masterpieces. 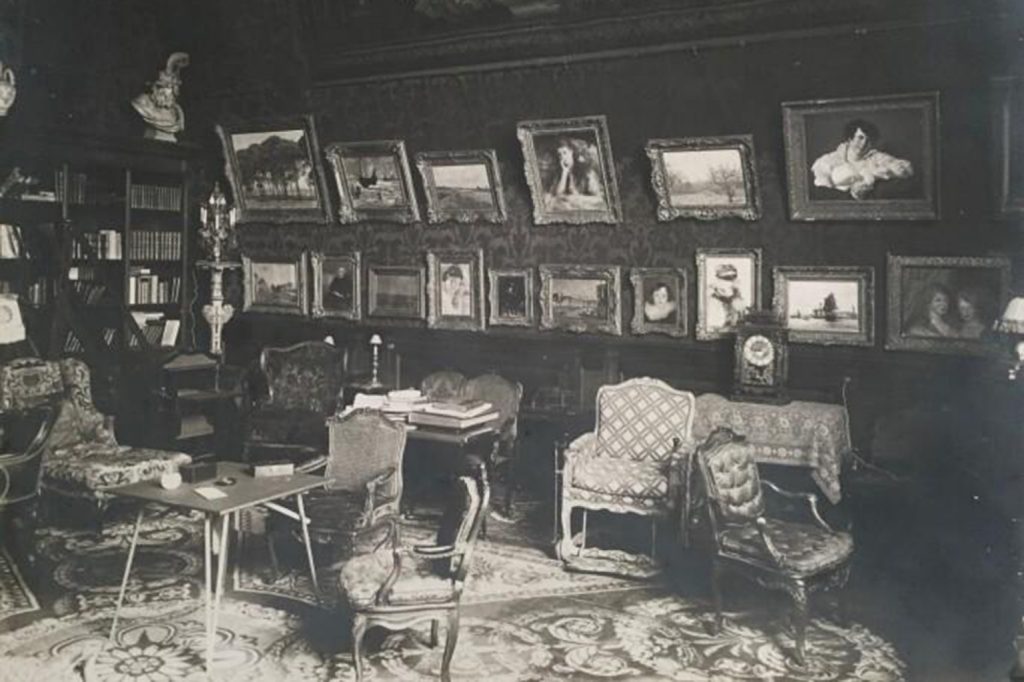 It was also a chance to envision Strauss’s home, where he would have hung his collection of works by the likes of Edgar Degas, Claude Monet, Camille Pissarro, Pierre-Auguste Renoir, Paul Cézanne, Jean-Honoré Fragonard, and Peter Paul Rubens.

But while tracking down what became of all those works was a painstaking process. Convincing Germany’s Dresden State Art Collections that Lady as Pomona rightfully belonged to her family alone took four years. The work’s sale, in contrast, was over in the blink of an eye.

“It went very fast,” Baer de Perignon said. “My immediate reaction was to look at my husband and son who were there with me, quite under the shock of this decisive event.”

It was the artist’s second biggest result at auction, surpassed only by La Belle Strasbourgeoise, which sold for €1.57 million ($1.85 million) at Christie’s Paris in 2020, according to the Artnet Price Database.

Immediately, Baer de Perignon’s phone was blowing up with messages from family in France who were watching the sale’s livestream online. For her, the biggest question was who bought it, and why. Split 20 ways, minus the auction house’s cut, the sale of Lady as Pomona is not exactly a mammoth payday for Baer de Perignon.

But she decided to spend at least part of it in a way that seems very much in keeping with her great-grandfather’s legacy.

“Right after the sale I visited my friend in New York at his gallery of 19- and 20th-century artists, Edouard Labouret Private Gallery. He told me a story about the beautiful watercolor by Randall Davey I was admiring on his wall,” Baer de Perignon said. “It was about a man falling in love with a statue into the Jardin des Tuileries, next to the Louvre museum.” Unlike her great-grandfather, Baer de Perignon isn’t an art collector, but the work sparked something in her, reminding her of Strauss’s close relationship with the Louvre. It also didn’t hurt that the work was only $1,200. She bought it.

“I brought it back to Paris, the night before the snow blizzard,” Baer de Perignon said. “Today, I will hang it in my little office and look at it to find inspiration for a new project.”`