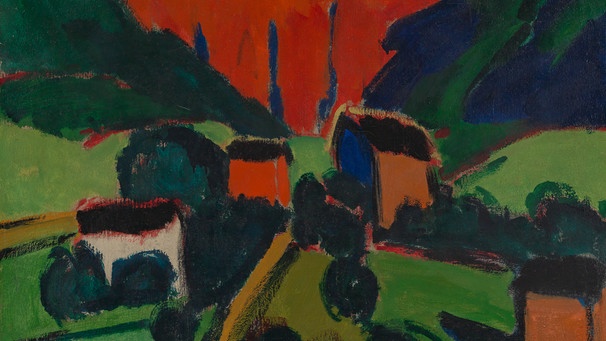 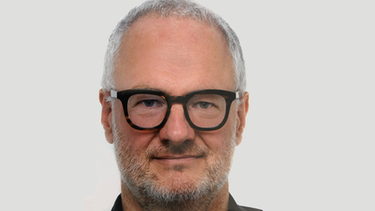 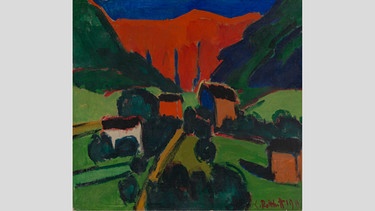 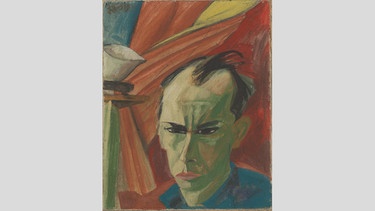 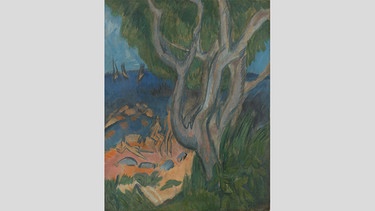 Lothar-Günther Buchheim was a war correspondent for the Nazis, later author of "Das Boot" - and an important collector of Expressionism. The Buchheim Museum has now researched Nazi-looted art in its holdings. Museum director Daniel J. Schreiber explains why.

Over the course of many years, Lothar Günther Buchheim assembled such an important collection of Expressionist paintings that found an appropriate place in a museum in Bernried specially built for them. This so-called "Museum of Fantasy" was opened in 2001 and has now examined the origin of the paintings shown in it. The aim was to clarify whether the paintings in the collection included paintings that had been illegally confiscated from their owners during the National Socialist era. The result of this provenance research has been available since this week. The kulturWelt spoke to the director of the Buchheim Museum, Daniel J. Schreiber.

Knut Cordsen: Mr. Schreiber, how exactly did you conceive this provenance research project in Bernried? Did you comb through and examine the entire collection?

Daniel J. Schreiber: No, that would probably have become endless. The titles we have are in the thousands. At first we limited ourselves to paintings, namely paintings that were created before 1946.

Not an easy task. There are no inventory lists or access books. Why not? Because Buchheim wasn't an accountant or because he didn't want to document anything?

Well, when you buy a chair, you probably don't keep an inventory of it. But there was an archive in the Buchheim house, which is now here in our museum. And there are certainly materials, but they are not laid out systematically. And it was a bit of a problem that we first had to clean the Buchheim archive, because we couldn't just take it to the museum because of pest infestation, and then it had to be sorted. So far, this has only been achieved to a limited extent. In this respect, the source search in our own holdings in internal sources was a bit demanding.

How many paintings have you examined more closely?

And as a precaution, you reported two of them to the lost art database of the German Lost Art Foundation. Which are they?

On the one hand there is a small portrait by Max Kaus from 1919 and on the other hand our beautiful "Norwegian landscape" by Karl Schmidt-Rottluff from 1911.

The history of the origin of these two paintings cannot be clearly clarified. So why the precautionary return?

We make an order. We also call this "traffic light colors". The "Greens" are completely resolved. The "yellow" are not fully clarified. However, we have no indications or suspicions that it could be Nazi-looted art. Then there are the "orange ones" where there are certain clues and among the orange ones there are some where there are concrete suspicions. In particular, if it is known that the works were in Jewish collections before 1933. And that is the case with these two works. In this respect, we have included them in the Lost Art file as a precaution. However, we don't really have concrete evidence that it is Nazi-looted art. There are also interesting personal stories associated with each

Could you maybe elaborate on that a little more?

One painting by Max Kaus, "Small Self-Portrait" from 1919, was owned by Kurt Gerron. He was an actor, a cabaret artist who played in "Der Blaue Engel" or worked as a director together with Hans Albers or Heinz Rühmann. So a well-known actor and director in the 1920s and 1930s in Germany, who was then able to escape from Germany, but was caught again in Holland and died in Auschwitz in 1944. There is evidence that a small portrait of Max Kaus from 1919 belonged to him. However, we do not know whether it was the same one as ours. Furthermore, it is not clear whether he was still able to sell his collection before fleeing to the Netherlands in 1933. Because in the file that documents the confiscation, no art objects can be found. So here are some ambiguities. We do not know,

Lothar-Günther Buchheim is of course the author of Das Boot, but he also collected art very early on, especially Expressionist art. Does his own involvement in Nazi history actually play a role with regard to collecting?

As a propaganda company soldier, he really made a significant contribution to the glorification of submarine warfare during the Second World War and thus also took on the guilt. And there is a very nice letter from 1945 to his girlfriend and partner at the time, in which he says: I have to throw my face in the sand and I have to throw off the shackles that I had when I was a PK soldier in France. And from now on I only want to serve freedom. In this respect, his turn to modernism as degenerate, outlawed art, in particular to German Expressionism, was a commitment. He wanted to take up the threads that had been cut off by the Nazi era and enable the reception of this art. That was a certain pioneering act in his time,

Two paintings from the Buchheim collection had already been returned in 1951, and Buchheim bought back these two about twenty years later, in 1970 and 1973. What exactly is behind this story?

"Bought back" might be a bit of the wrong word for it. They were owned by Jews, and then there was a moment of shock in provenance research when it was clearly established that this was Nazi-looted art. But later, evidence was found in compensation files in the state office in Berlin that the pictures were restituted to their owners as early as 1951. And then they came onto the art market quite normally afterwards, and then Buchheim bought them. One is the small picture "Baby Thomas" by Lovis Corinth and the second picture is "Bathers on the Beach of Fehmarn" by Ernst-Ludwig Kirchner.

You now want to continue researching in a permanent part-time position. What do you expect from it for the future?

It is a museum's job to know its holdings. Of course, this also includes the history of origin. We want crystal-clear transparency here, also in line with the Washington Declaration fair and just solutions. We want the wounds inflicted by National Socialism to heal and we want to be involved because we also have a social obligation. If I may express one wish, then I would wish that injustice committed by the state would also be redressed by the state. I wish that private foundations such as the Buchheim Foundation, which supports the Buchheim Museum, would be compensated if they returned legally acquired art. Basically it is an injustice if this does not happen. A restitution fund should be set up to compensate private owners who are willing to make restitution.

The project to research the origins of the paintings in the Buchheim Museum's Expressionist Collection has been completed. The results of the research project are published under Collection Online .

This article was also shown in the kulturWelt on Bayern 2. Click here for the podcast .