Nazi-looted art: A chronology of the Gurlitt case

A decade ago, authorities discovered some 1,280 artworks in the apartment of Cornelius Gurlitt. Works by Max Liebermann and Henri Matisse have since proved to have been looted by Nazis. 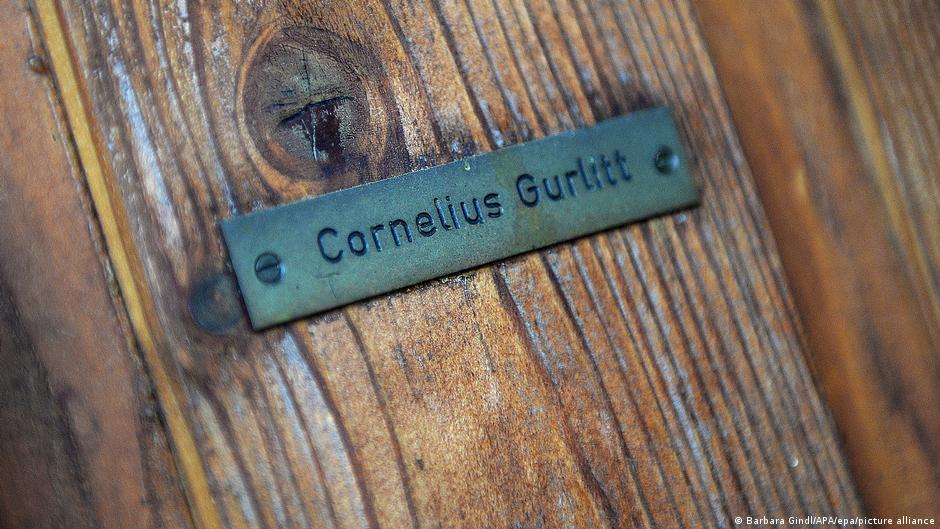 The collection of German art dealer Cornelius Gurlitt is one of the largest finds since the Second World War. Gurlitt was suspected of having stored cultural property seized by the Nazis in his apartment in Munich and his house in Salzburg.

His father, Hildebrand Gurlitt, had been one of four Nazi art dealers who sold works designated as "degenerate art" for foreign currency — both at home and abroad. So-called "degenerate art" was Modern artworks whose style, artist or subject did not meet with the approval of Adolf Hitler and the National Socialists.

Were Hildebrand Gurlitt and his son Cornelius beneficiaries of the persecution and expropriation of Jewish collectors? For the investigators, it seemed quite likely.

The Gurlitt case tells us a lot about how the German government failed for decades to come to terms with Nazi-looted art. With his gigantic hidden collection of more than 1,500 confiscated artworks, Cornelius Gurlitt should have been made an example of. In the end, however, only 14 of the artworks found in the Munich apartment and Salzburg residence were identified as Nazi-looted art and restituted after years of delay.

Here's a chronology of one of the biggest cases related to Nazi-looted art:

September 22, 2010: During a train ride, retiree Cornelius Gurlitt catches the eye of customs officers at the Swiss border. A body search reveals he is carrying € 9,000 ($10,000). Gurlitt claims that the money came from selling art to Swiss dealer Eberhard W. Kornfeld. Officials become suspicious. Could there be a tax offense involved?

February 28, 2012: Gurlitt's apartment in the Schwabing district of Munich is searched. Investigators discover 1,280 valuable works of art and confiscate them. Yet the question arose as to whether a possible criminal tax case was reason enough to confiscate an art collection and fail to return it for years. The confiscation was legitimized by the suspicion that the Gurlitt collection contained looted art. At this point in time, there were still hundreds of additional paintings hidden in his Salzburg house that had not yet been discovered.

November 3, 2013: The German magazine "Focus" reports on the case. It prejudges Gurlitt and writes about a "Nazi treasure worth billions." After that, international press pick up the story.

November 11, 2013: The "Schwabing Art Trove Task Force" headed by administrative lawyer Ingeborg Berggreen-Merkel is tasked with investigating the origin of the paintings and clarifying whether the seized paintings include looted art.

Just one day later, 25 works are published on lostart.de. The online platform aims to help works of unclear provenance find their way to the descendants of their former owners.

November 19, 2013: The authorities announce that hundreds of paintings that undoubtedly belong to Gurlitt will be returned to him.

December 23, 2013: It becomes known that Gurlitt will be placed under the provisional care of Munich lawyer, Christoph Edel.

January 28, 2014: The task force announces that after an initial review, 458 works from the Gurlitt collection are suspected to be looted art.

February 10, 2014: 60 more valuable paintings are found in Gurlitt's house in Salzburg, including paintings by Picasso, Renoir and Monet. Later, it turns out that there are as many as 238 works in total.

April 7, 2014: Gurlitt's lawyers sign an agreement with the German government in which he agrees to voluntarily return all paintings that were looted by the Nazis.

May 6, 2014: Cornelius Gurlitt dies at the age of 81 in his apartment in Munich without having seen his art collection again.

May 7, 2014: According to his will, Gurlitt bequeathed his collection to the Kunstmuseum Bern in Switzerland.

September 5, 2014: According to the task force, another valuable painting has been found in Gurlitt's estate: The painting "Evening Landscape" by Claude Monet.

November 17, 2014: An expert opinion by the psychiatrist and lawyer Helmut Hausner as commissioned by members of the Gurlitt family becomes known, according to which Cornelius Gurlitt had suffered from "paranoid delusions."

November 24, 2014: The Kunstmuseum Bern confirms that it would accept the inheritance.

The Kunstmuseum Berlin, the German government and the Free State of Bavaria sign an agreement in Berlin which stipulates that Bern will only take over works that can be proven not to be looted art. Uta Werner and other Gurlitt relatives contest the will and a protracted legal battle begins. The question of whether or not Cornelius Gurlitt was of sound mind in order to make will is litigated, first at the district court, then at the Munich Higher Regional Court.

May 12, 2015: The Munich District Court rules that two paintings in the collection,"Seated Woman" by Henri Matisse and "Two Paintings on the Beach" by Max Liebermann, are to be restituted to the heirs of the former Jewish owners.

December 15, 2016: The Munich Higher Regional Court communicates its decision: Gurlitt's will was valid and he is the rightful heir. This means that the Kunstmuseum Bern can accept the inheritance.

November 2, 2017: The Kunstmuseum Bern and the Bundeskunsthalle Bonn open the double exhibition "Gurlitt: Status Report 'Degenerate Art' — Confiscated and Sold." It's the first time the works are shown to a broad public.

January 13, 2021: A drawing by Carl Spitzweg is restituted as presumably the last work from the Gurlitt Collection. A total of 14 works were identified in connection with the art find as having been seized as a result of Nazi persecution were returned in January.

December 10, 2021: After several years of examination, the Kunstmuseum Bern divests itself of 38 works from the collection. The museum announced that nine of the paintings were clearly stolen by the Nazis and were then returned to their rightful owners. They said there were no indications that other works were looted art.

February 25, 2022: In an interview with German press agency dpa, Christoph Edel, Gurlitt's former guardian, accused "the public prosecutor's office, politics, the media" of taking no interest in "Gurlitt's view of things" or in "his person. "It was a reckless treatment of an old person, who legally could not be accused of anything, and also whether he could be accused of anything morally is questionable, if you think of his health and family situation," Edel criticized.

The perception of the Gurlitt case has changed over the years — and it has remained a significant case all along. It also became clear that the public prosecutor's office was rushing to confiscate the works in Gurlitt's possession, while the initial use of terms such as "Nazi treasure," was a gross exaggeration.

Importantly, the case prompted German museums to increasingly face up to their past and to critically examine their collections for cultural assets that were seized as a result of Nazi persecution.