A museum in the besieged Ukrainian port city of Mariupol dedicated to the 19th-century artist Arkhip Kuindzhi, whom both Russians and Ukrainians embrace as their own, was destroyed by an airstrike on Monday morning, Ukrainian media and the head of Ukraine’s artists union reported.

Kuindzhi, who was of Greek descent, was born in Mariupol. He was initially a member of the 19th-century Russian Realist art movement known as The Wanderers, but broke with them and became famous for his ability to convey light and vivid colour. He made headlines in 2019 when a visitor to a Kuindzhi retrospective at the State Tretyakov Gallery in Moscow walked off with one of his paintings of Crimea.

Local History, a culture website based in Lviv, wrote that a Russian bomb wrecked the Kuindzhi Art Museum. Konstantin Chernyavsky, the chairman of the National Artists Union of Ukraine, condemned the destruction in a Facebook post

. Members of the union hold exhibitions at the museum.

Chernyavsky told the site that the museum has three original works by Kuindzhi in its collection. However, at the time of the bombing, they were not in the building, although pieces by his contemporaries were, including Ivan Aivazovsky, who is also famous for his seascapes. The original works by Kuindzhi are a sketch, Red Sunset, and two studies, Elbrus and Autumn. Crimea, which the State Russian Museum donated to the local history museum in Mariupol (then known as Zhdanov after a Soviet functionary) in the 1960s. Their current whereabouts are unknown. The museum also has hundreds of works by 20th-century Ukrainian artists in its collection.

Kuindzhi’s painting Red Sunset on the Dnieper (1905-08) is in the collection of the Metropolitan Museum of Art in New York. 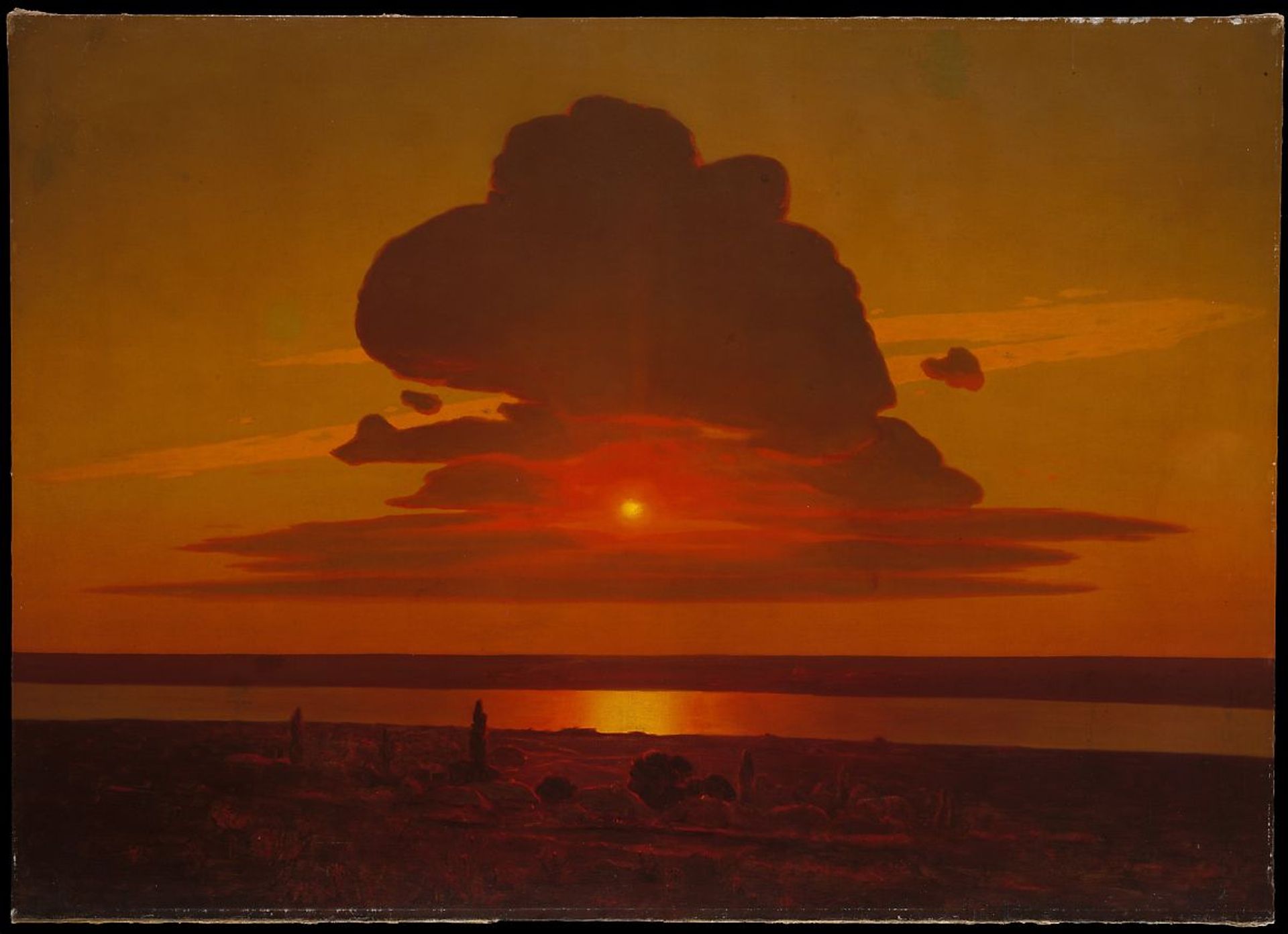 Arkhip Kuindzhi, Red Sunset on the Dnieper (1905-08 ) is in the collection of the Metropolitan Museum of Art in New York

The Kuindzhi museum opened in 2010 in a turn-of-the-20th-century Art Nouveau mansion built by a Mariupol city official and philanthropist as a wedding gift for his daughter. Exhibition halls devoted to Kuindzhi displayed letters, photographs and documents, as well as the font with which he was christened. There were also life-size copies of Kuindzhi’s paintings. 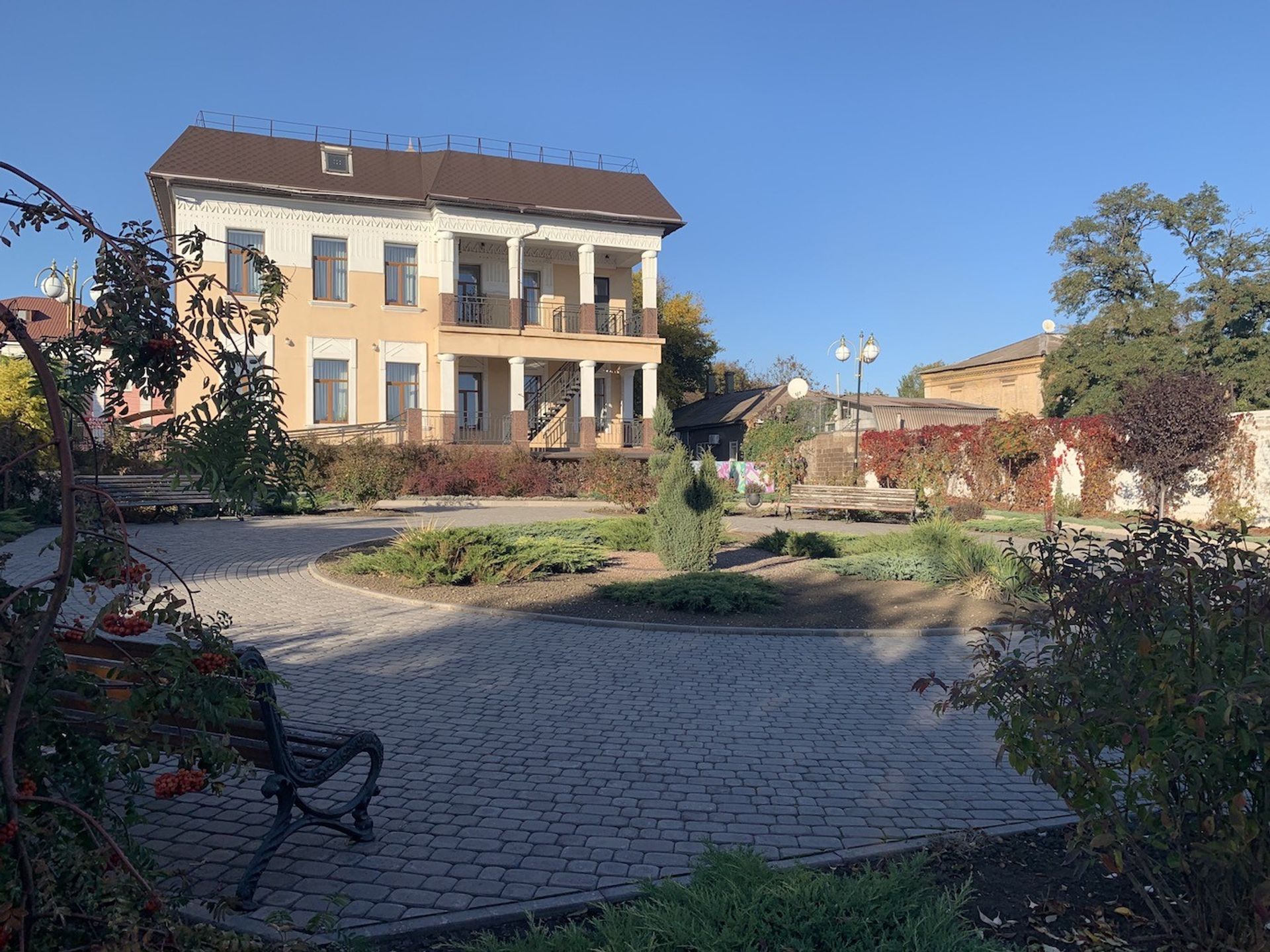 Kuindzhi Art Museum is located in an Art Nouveau mansion

Mariupol in southeast Ukraine near the Russian border is strategically located on the Sea of Azov opposite the Crimean Peninsula, which Russia annexed in 2014. It was encircled by Russian forces shortly after Russian president Vladimir Putin ordered the invasion of Ukraine on 24 February.

Residents have been under constant bombardment, with dwindling food, without electricity or communications and little opportunity to escape the city. The bombings of a maternity hospital, and a theatre and art school where residents were sheltering, have become symbols of Russia's brutality in the war, and Mariupol’s continuing weeks of resistance a symbol of Ukraine’s will to fight.

Most Russian artists and intellectuals who are still able to post on social media—a Moscow court ruled on Monday banned Facebook and Instagram as “extremist”—expressed horror at the bombing, and slammed dissenting voices who said Ukrainians had not appreciated the artist.

Ukraine’s and Russia’s competing claims to Kuindzhi—he had lived in Crimea and Taganrog, a Russian city, and in St Petersburg, where he died in 1910—have played out on Wikipedia, which has Russian and Ukrainian pages devoted to the artist with diverging information including his birth year.

Mariupol historians have concluded that Kuindzhi was born in 1841, not 1842 as is listed on the Russian Wikipedia page, but in January this year Google marked his 180th birthday with a doodle portrait.