The European Union Will Allow Loaned Artworks to Return to Russian Museums, But Two Paintings From a Paris Show Will Remain in France

A third painting may also need to stay in France, pending the authorities' assessment. 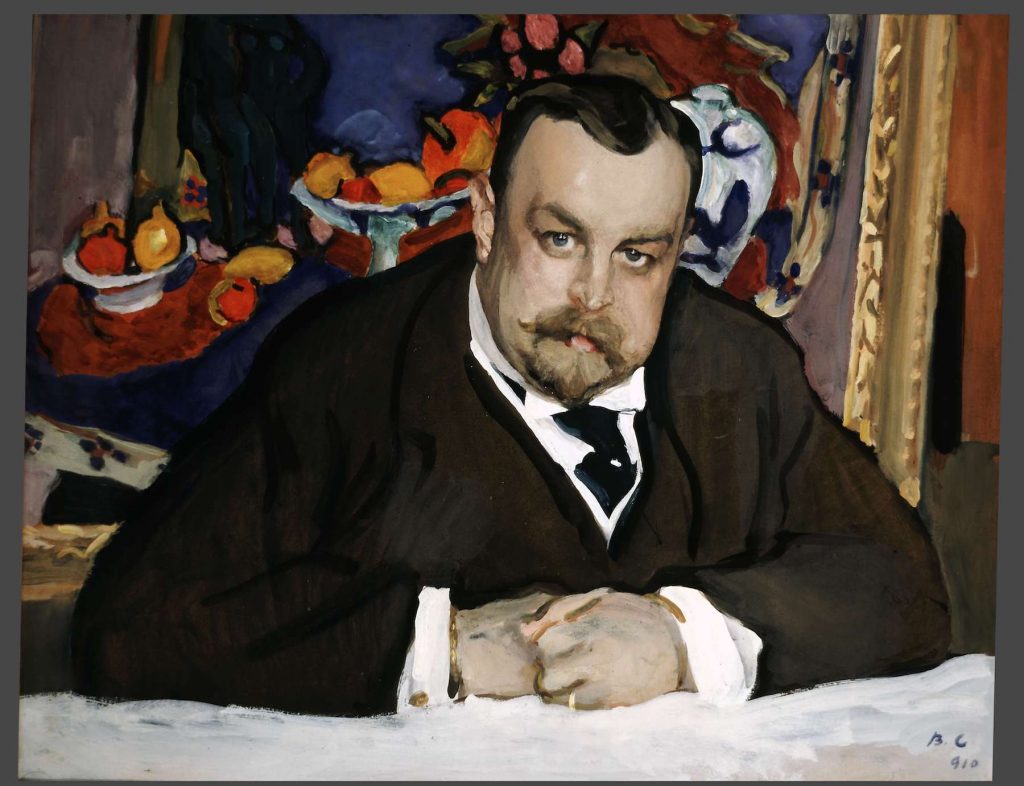 France announced that two paintings featured in a recent hit exhibition of a famed Russian art collection at Paris’s Fondation Louis Vuitton will remain there until there is a change in the circumstances surrounding Russia’s invasion of Ukraine.

The two paintings are among some 200 masterpieces from the exhibition “The Morozov Collection: Icons of Modern Art,” which drew more than 1.2 million visitors by its close on April 3, having been extended from February 22. The bulk of the works on loan were set to return to museums in Russia.

France had resisted calls to seize the works to punish Russian President Vladimir Putin, who helped facilitate the show, and on April 8 the European Union (E.U.) issued a notice that “cultural goods which are on loan in the context of formal cultural cooperation with Russia” should be exempted from sanctions. But the French Ministry of Culture said on Saturday that two of the paintings will stay in France.

One of the works is a self-portrait by Pyotr Konchalovsky that is reportedly owned by the Russian oligarch and avid art collector Petr Aven, who has been sanctioned by the E.U. and the U.K. over his alleged close ties with Putin, following Russia’s invasion of Ukraine. Aven has subsequently stepped down as a trustee of the Royal Academy. Tate has also severed ties with the billionaire, who was a member of Tate’s International Council and European Collection Circle of donors. The work will remain on French soil “so long as its owner…remains targeted by an asset freeze,” the ministry said in a statement cited by France 24 and Agence France-Presse. The ministry later confirmed the statement with Artnet News. 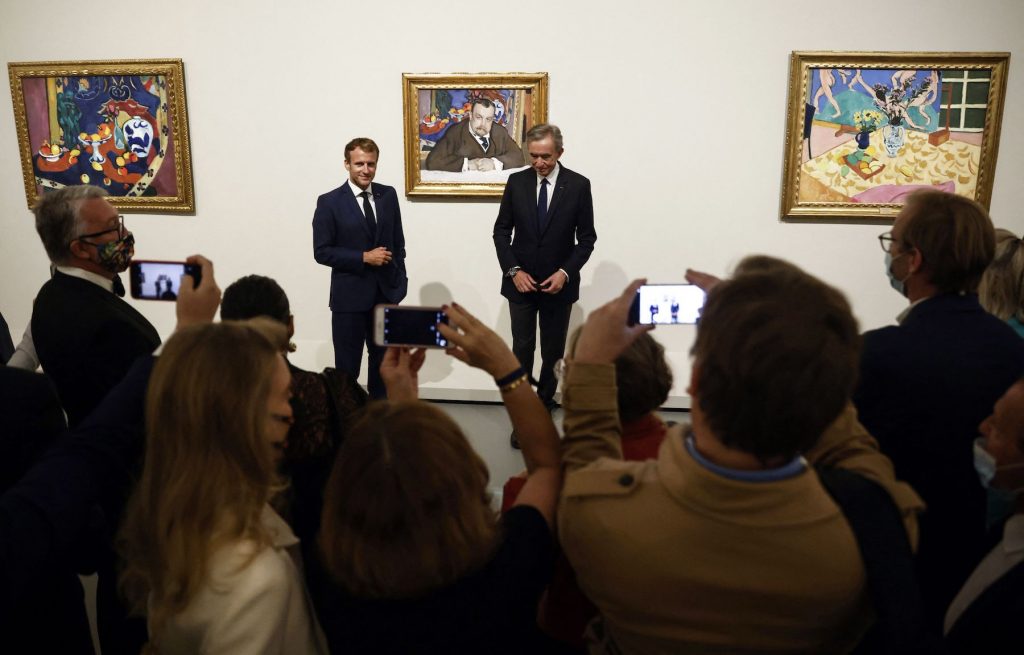 Another work is said to be Valentin Serov’s painting of Margarita Morozova, which belongs to the Dnipro Fine Arts Museum in Ukraine. The ministry said that the move to keep the painting was “at the request of the Ukrainian authorities,” and it will remain in France until the situation changes and the work can be returned safely.

A third painting from this collection, which is held by a private foundation, may stay, but the ministry said that it is still assessing the situation. The work in question, according to AFP’s report, is said to belong to the Magma foundation, which has links to Viatcheslav Kantor, another U.K. sanction target.

Artworks belonging to Russian oligarchs have been a focus since they were slapped with sanctions following the country’s ongoing aggression in Ukraine. Many of the sanctioned billionaires have had their assets seized or frozen, and they have also stepped down from some of the top Western cultural institutions that they used to serve as patrons or donors.

Aven, for example, recently told the Financial Times that he had been in talks to donate his art collection to an institution in the U.K., but now feared he would struggle to pay his bills. 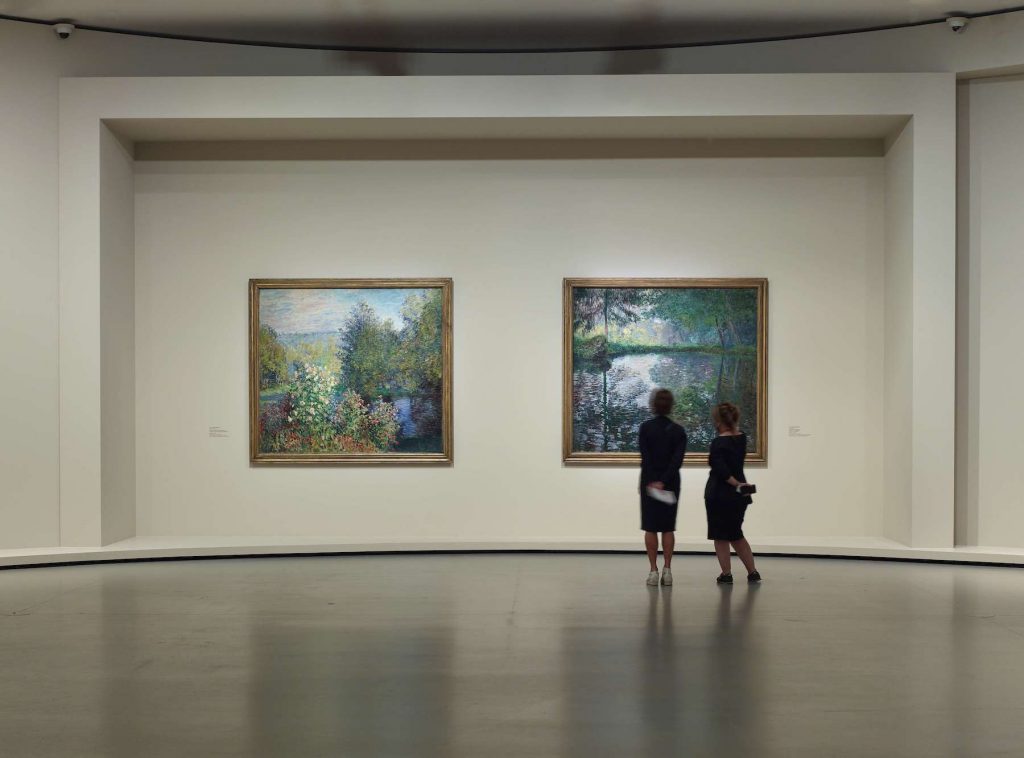 Installation view of “The Morozov Collection: Icons of Modern Art,” at the Fondation Louis Vuitton, Paris.

Works belonging to Russian museums, especially those have been loaned to institutions abroad, have faced varying treatments. South Korea has declined Russia’s request for an earlier return of 75 Modern Russian artworks on show in Seoul until April 17. Masterpieces from Russian museums that had been on loan to museums and galleries in Italy and Japan were seized in transit by Finnish authorities, citing the E.U. sanctions. On Friday, Finland said it would release them to Russia, in accordance with the E.U.’s updated rule for cultural goods.

The Morozov collection was assembled by Mikhail (1870–1903) and Ivan Morozov (1871–1921), brothers from a textile-magnate family who acquired more than 250 works by top Impressionist and Modern masters in the West and Russia, ranging from Matisse, Monet, and Cézanne to Picasso and Van Gogh. Mikhail died at the age of 33, while Ivan carried on building the collection. Their holdings were “nationalized” in 1918, nearly a year after the Russian Revolution began. Ivan Morozov was forced to flee and died in exile.