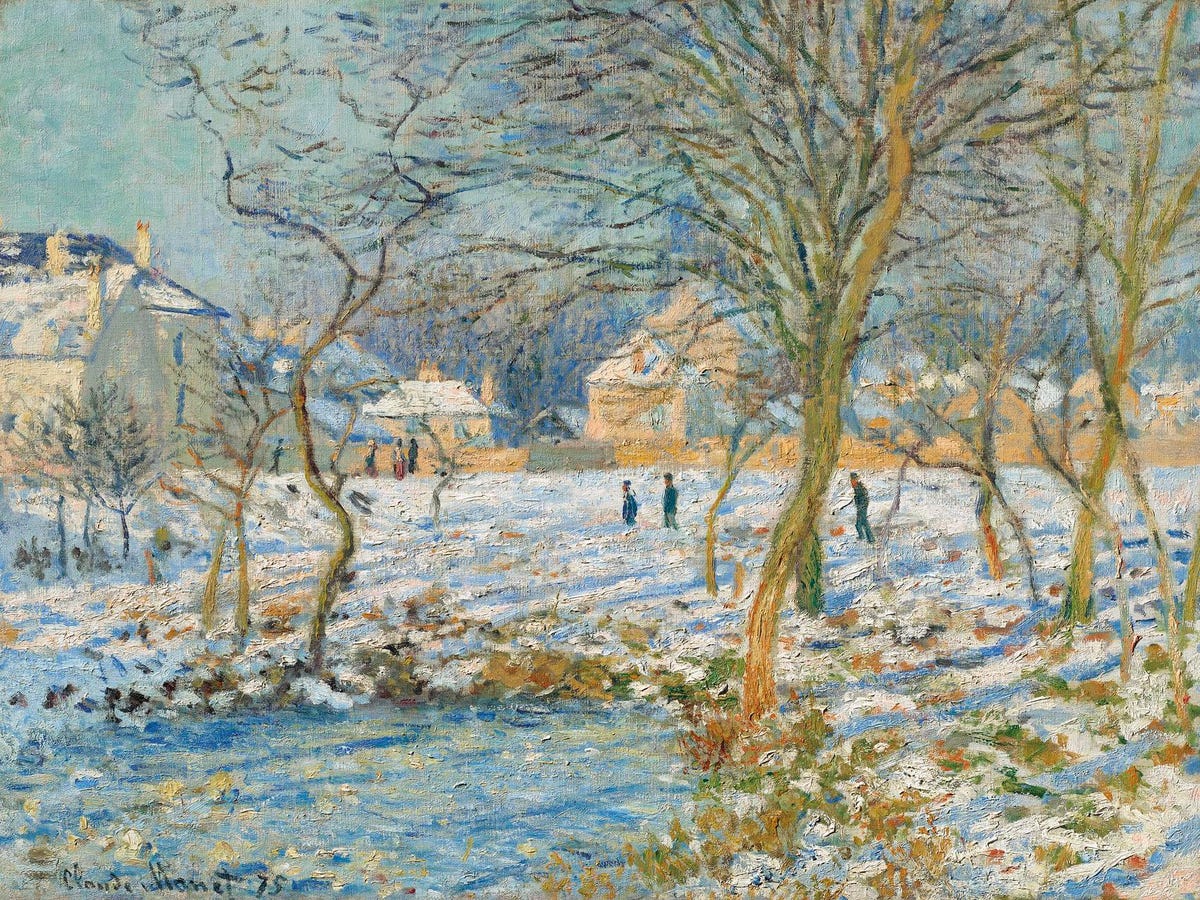 A rare painting by French impressionist Claude Monet will go up for auction next month after auction house Christie’s helped owners reach a settlement with the heirs of its former owner, a wealthy German-Jewish industrialist who sold his art collection to raise funds after fleeing Germany. when the Nazis came to power.

“La Mare, Snow Effect” is a winter landscape scene that shows melting snow and the first signs of spring appearing in Argenteuil, France, a then-rural suburb of Paris where Monet and other French artists – like Auguste Renoir, Édouard Manet and Eugène Delacroix – would paint.

In the early 1930s, the painting was in the collection of Richard Semmel, a Berlin textile manufacturer, member of the German Democratic Party, and avid art collector.

After the Nazi Party seized power in 1933, Semmel fled to Amsterdam, where he auctioned off much of his art collection after having to abandon his factory and other sources of income before settling. flee to New York.

Christie’s Restitution Department “uncovered significant new information” about the artwork’s provenance during research, Christie’s Americas President Marc Porter said in a statement, and worked with Semmel’s heirs and the anonymous owners of the painting to find a settlement.

$25 million. This is what “La Mare, effect de neige” could fetch at auction, according to Christie’s. It will go on sale next month as part of the auction house’s 20th Century Evening Sale alongside works by Vincent Van Gogh, Pablo Picasso, Georgia O’Keeffe and Andy Warhol.

Semmel’s heirs – who, in court documents, are two granddaughters of Grete Gross-Eisenstädt, a woman who was Semmel’s sole heir when he died in 1950 and is said to have had a romantic relationship with him – launched several offers to recover his work. Last year, a museum in the Netherlands that had one of his paintings in its collection agreed to pay more than $217,000 in compensation, even though the Dutch government’s Restitution Committee ruled against restitution or compensation in 2013. In 2014, the National Museum of Victoria to Australia agreed to hand over a painting attributed to Van Gogh which had been in the institution’s collection for over 70 years when it was discovered that he had ties to Semmel.

Last year, another painting that changed hands in Nazi-era Europe sold at Christie’s for $35.8 million. ‘Wheat Stacks’, a Van Gogh watercolor, was sold under duress by a German Jewish businessman in 1938 only to be seized by the Nazis two years later from the banking heiress’s Paris art collection Alexandrine de Rothschild.

Nazi art dealers acquired 20% of Europe’s transportable art between 1933 and 1945, according to a US government estimate.