Holocaust survivors filled out nearly 200,000 claims with Project HEART. Then they heard nothing. 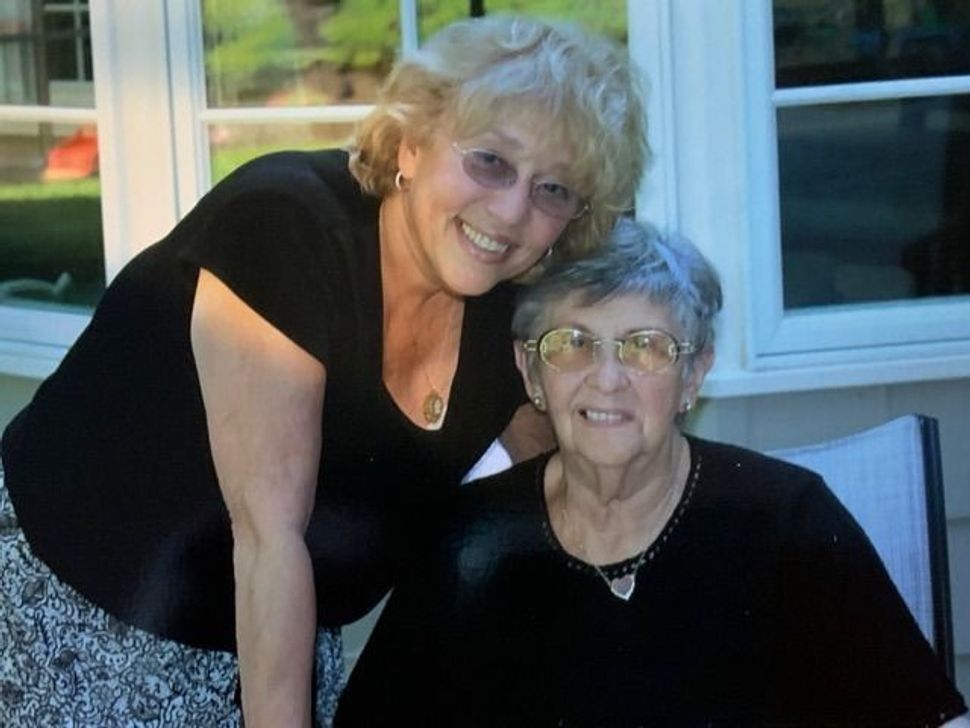 Gloria Kaplan, standing, with her mother, Florence Mayer Lieblich, who died in 2017.

In 2011 Israel launched Project HEART, an ambitious program to compensate survivors and their heirs for property lost during the Holocaust. Israel invested nearly $8 million in the project, and over the next three years it collected nearly 200,000 claims for about two million pieces of property, according to former project director Bobby Brown.

Former Project HEART administrator Anya Verkhovsaya, who once called its trove of documents “the largest archive ever” of its kind, said it provided restitution to none of its claimants.

Families who invested hours and sometimes far more time gathering deeds for their lost homes, records of insurance policies, and photos of their stolen Judaica, art, jewelry and other valuables, did not hear back from Project HEART, an acronym for Holocaust Era Asset Restitution Task Force. Though funded by the Israel government, the project itself was operated in partnership with The Jewish Agency for Israel — the nonprofit best known for helping Jews around the world to move to the Jewish state.

“We have not had much luck with it,” said Gloria Kaplan, 77, of Delray Beach, Florida, who was born during the Holocaust in what was then Poland. She said she and her mother, who died in 2017, sent Project HEART a stack of papers documenting the three houses they owned in Czortkov, now part of Ukraine. 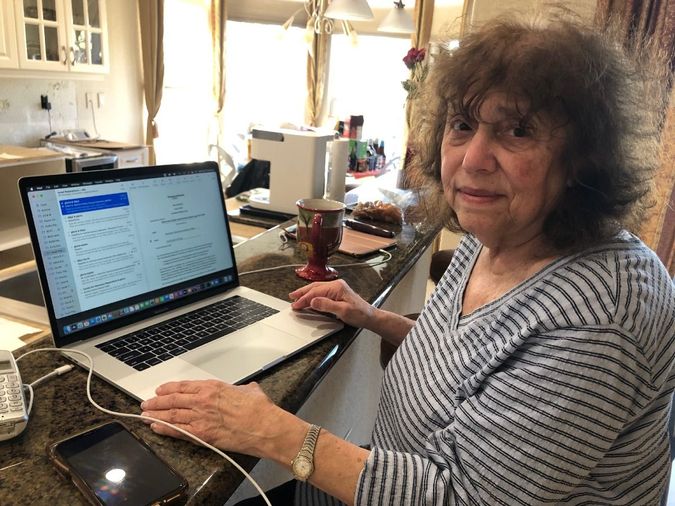 Gloria Kaplan, who was born in Poland in 1944, with documents she sent to Project HEART to try to recover family properties stolen during the Holocaust.

Another survivor, Ella Frumkin, sent Project HEART all she had to show that her husband, who was sent to Lithuania’s Kosvo Ghetto and then to Dachau, had left behind a considerable fortune. “I have no official documents but I have photos proving the family was really wealthy,” she wrote in an email to the Forward.

What Kaplan and Frumkin did not know — and what thousands of other claimants are still likely unaware of — is that Project HEART quietly stopped collecting applications in 2014. That same year it shuttered its Milwaukee office, which had been located within A.B. data, a company hired by the project to process documents. There was no press release on the closure, and its website remained online. Brown said that claims continued to be mailed to the project.

Some familiar with the program want to see the it revived. But it unclear who might be willing or capable of taking charge of Project HEART, or even where its documents are kept.

Earlier this year, after a reporter began asking questions about Project HEART, its website was taken down.

The Israeli Embassy did not respond to inquiries about the program from the Forward. A spokeswoman for the Ministry for Social Equality, which — according to The Jewish Agency — has responsibility for Project HEART, said several weeks ago that it referred questions about Project HEART to its legal department and is awaiting an answer. As of Sunday, the ministry did not have a response.

Verkhovsaya said that when the Milwaukee office closed, she sent all it had collected to Yad Vashem, Israel’s Holocaust memorial and documentation center, which had been designated as the depository for the program at its inception. Yad Vashem spokesman Simmy Allen this week said the documents are not there and that the center does not know where they are.

One Israeli nonprofit, dissatisfied with the state of Project HEART, argues that the Israeli government could be doing much more with its archive of claims to help Holocaust survivors and their heirs.

Several weeks ago, Shurat HaDin—Israel Law Center, a group that has made headlines by taking on Hamas and other militant groups in court, petitioned the Social Services Ministry to jump-start Project HEART. If it won’t, the group wrote, it should allow Shurat HaDin to take over the project over.

Nitsana Darshan-Leitner, Shurat HaDin’s founder, said the group received the same response as the Forward — that the ministry had referred the matter to it legal department. She said when she inquired last week, the ministry said it’s legal department had not yet responded.

Brown said it would be “wonderful” if Shurat HaDin could take on Project HEART and fulfill its mission.

It was created, he said, to approach restitution for Holocaust victims and their heirs in a different way than the better established programs, the most well-known of which is the nonprofit Conference on Jewish Material Claims Against Germany, known as the Claims Conference. Formed in 1951 by a consortium of 23 Jewish groups, it has since then secured $90 billion from Germany for Holocaust survivors.

The Claims Conference brokers agreements with countries to compensate victims “and then see if anyone qualified,” Brown said. “We decided for the first time that we would go from the bottom up — collect claims and then confront countries and companies and ask them to compensate.”

But one of Shurat HaDin’s attorneys, Robert Neufeld, said that although his group would take over Project HEART if asked, it would prefer that Israel commit fully to the program.

“We as an organization can’t do something of this magnitude. We don’t have the 25 million shekels that were invested in Project HEART,” he said, referring to the equivalent of the $8 million Israel has invested in the program. “What we want to do is push the government to do what it has to do to get Project HEART back on track.”

When it was launched in 2011, Natan Sharansky, then chairman of The Jewish Agency, said Project HEART’s database would be “instrumental in our struggle towards achieving a small measure of justice for the Holocaust victims and their heirs.

“The records compiled in the Project HEART database serve as uncontroverted proof that the Holocaust was not only the greatest murder ever committed, but the greatest robbery in history,” he said.

Project HEART’s application was translated into 13 languages. It ran a multilingual 24-hour call center. When the program was running, Brown said it was committed to listing “every piece of private property that we can find for which the Jewish people declare they never received compensation.”

If the Ministry of Social Welfare does not respond to her request to allow Shurat HaDin to take over Project HEART or revive the program itself, Darshan-Leitner said she plans to file an appeal at Israel’s Supreme Court.

Doomed from the start?

Some contend that Project HEART was never going to succeed.

Colette Avital, chairperson of the Center Organizations of Holocaust Survivors in Israel and a former consul general in New York, said its founders miscalculated how its demands would be received by European governments.

“They wanted a big number of names in order to negotiate with Poland, but the more names they had, the less willing Poland was to discuss the matter,” she said, adding that if they had come with only a few names of people seeking restitution they would have had a better chance of success.

“The Polish government is not willing to give back even one property,” Avital said. “All of this is completely futile.”

She said that survivors and their heirs missed deadlines for applying directly for property compensation with such countries as Romania because they had instead filed with Project HEART.

Brown noted that although all of Project HEART’s files belong to the Israeli government, “every single person signed a waiver saying we have the right to use that information and that they did not want privacy.”

“Anyone who is in the fight to get back Jewish property would find these databases have value,” he said.