Chagall painting stolen by Nazis to be auctioned in New York

A painting by Marc Chagall, which was among 15 works stolen by Nazis and eventually returned by France to the heirs of the affected families, will go on sale next month in New York, the Phillips auction house said Thursday. 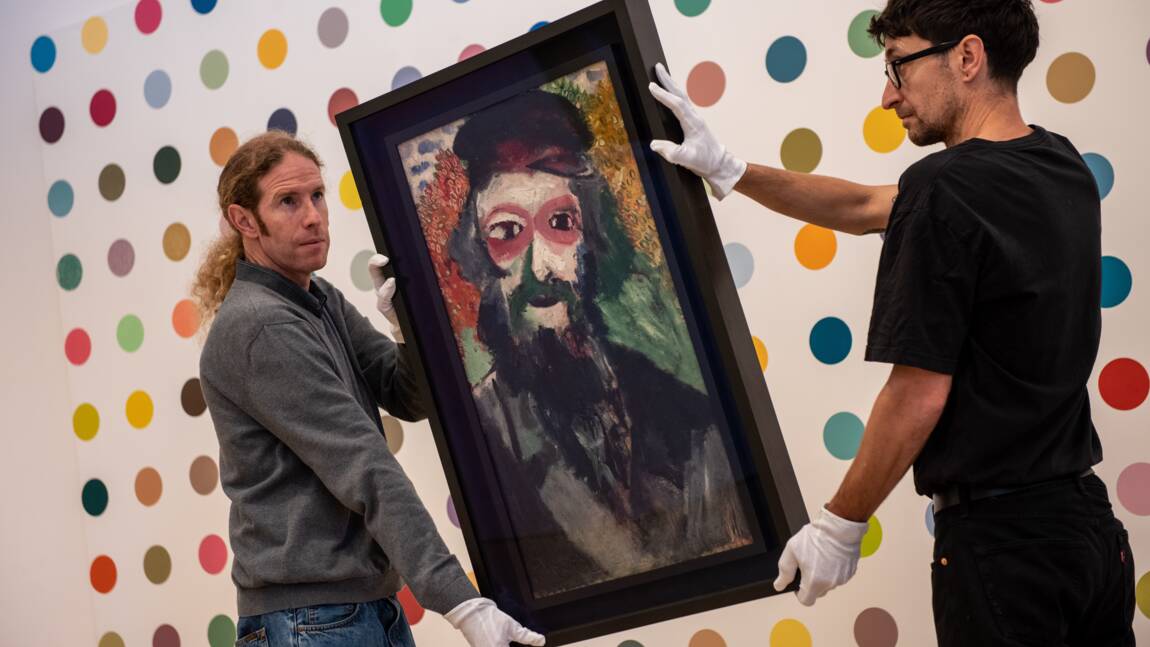 The 1911 oil on canvas, "The Father," set for auction on November 15, was purchased in 1928 by a Polish-Jewish violin maker, David Cender, who lost his possessions when he was forced to move to the Lodz ghetto.

Deported to Auschwitz, where his wife and daughter were killed, the violin maker survived and moved to France in 1958, where he died in 1966 without regaining possession of the painting -- now estimated to be worth $6 million to $8 million.

In the meantime, the work had reappeared in exhibitions and it turned out that it was Marc Chagall himself who had bought it, probably between 1947 and 1953 -- without knowing its provenance, according to Phillips and the French culture ministry.

After the Russian-born artist died in France in 1985, "The Father" entered the national collections in 1988, and was then assigned to the Pompidou Center and deposited in the Museum of Jewish Art and History in Paris.

The French parliament unanimously adopted a law at the beginning of the year to return 15 works of Jewish families looted by the Nazis. The then culture minister, Roselyne Bachelot, had called it a historic "first step" -- noting that other looted works of art and books were still kept in public collections.

Cender's heirs decided to sell the painting, a common scenario "when a work is restituted so long after it has been stolen," because "you've got multiple heirs and the work itself cannot be split," said Phillips deputy chairman Jeremiah Evarts.

Chagall painted the portrait of his father the year he arrived in Paris. He was "electrified by the modernism" of the city at the time and his works from that period are rare.

"Many of them were destroyed when he left Paris to return to Russia in 1914," Evarts noted, saying he was certain "The Father" would attract interest from museums and collectors.

The sale will take place during the autumn auction season in New York. Phillips, the New York-based auction house owned by Russian luxury goods retailer Mercury, condemned the invasion of Ukraine days after the war began in late February.