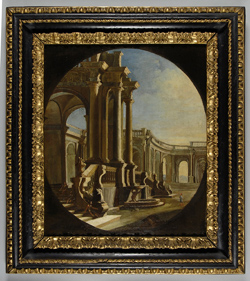 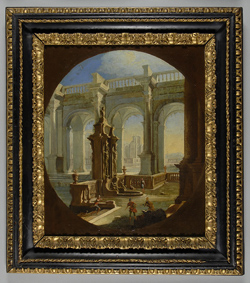 August 2012: The Wiesbaden Museum has restituted two architectural paintings by Gennaro Greco (1663-1714) following three years of research. Both were acquired at the Hans W Lange Berlin auction of 16-17 April 1943 by Hermann Voss, director of Wiesbaden. Martin Tietz was one of the owners of Hermann Tietz department store which was "aryanised" in 1934. He emigrated with his wife to Liechtenstein in 1939 and his assets were seized by the Gestapo. The heirs have sold the paintings to Wiesbade and they are on display with their provenance history. To read the Museum's release, click here.