April
The Art Newspaper 29 May 2014
By Julia Michalska

Adolf Weinmüller’s annotated books, including the names of consigners and buyers, are made available to provenance researchers 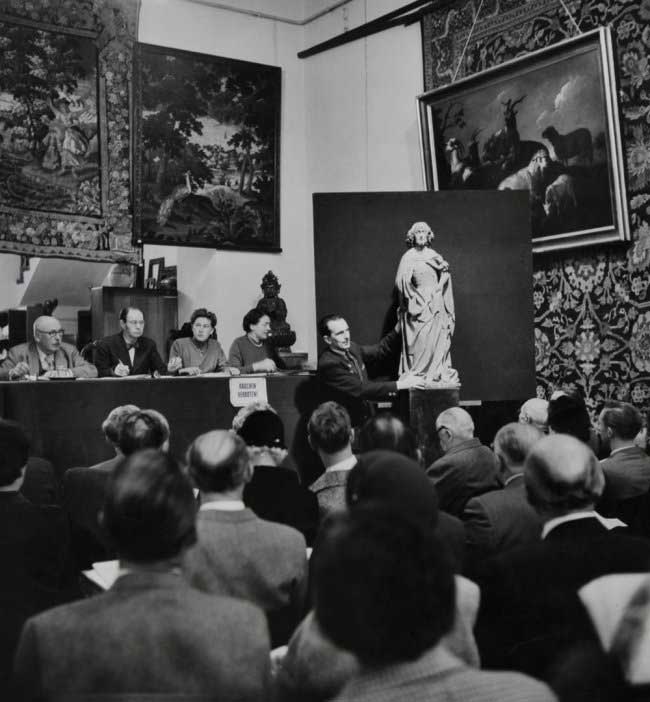 A sale at the Munich auction house Weinmüller in October 1954.

The annotated catalogues of the Nazi-era auction house Weinmüller were released online this week on the database lostart.de. The 93 volumes detail the sales made between 1936 and 1945 by Adolf Weinmüller, whose auction house flourished during the Second World War thanks to the forced sale of Jewish collectors’ personal property and the liquidation of Jewish art dealerships.

During this period, Weinmüller organised 33 auctions in Munich and 18 in Vienna, putting around 34,500 objects up for sale. The annotations in the catalogues include the names of consigners and buyers as well as the prices paid for the works. After the war, Weinmüller told the Monuments Men, a group of Allied officers who worked to track down Europe’s looted art, that these documents had been destroyed.

Weinmüller began his career as an art dealer in Munich in 1921, joining the Nazi party in 1931. He was closely connected to the Reichs Chamber for Fine Art, a body that supervised the suppression of Jewish dealers in the art trade. In 1936, Weinmüller bought the leading Munich auction house Hugo Helbing, when Helbing lost his trading license; two years later, after Austria’s annexation by Germany, he took over the Viennese auction house Samuel Kende. 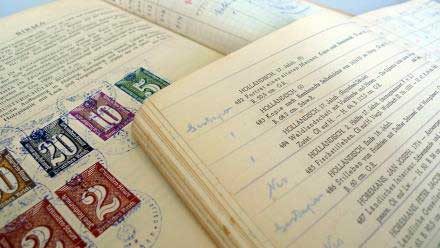 The catalogues were discovered in a cupboard last year by a Neumeister employee. On 1 March this year, Katrin Stoll, the director of the Neumeister auction house, made a deal with the Zentral Institut für Kunstgeschichte (the central institute for art history) to lend them the catalogues. The names of the buyers have not been made public, but can be requested from the institute.