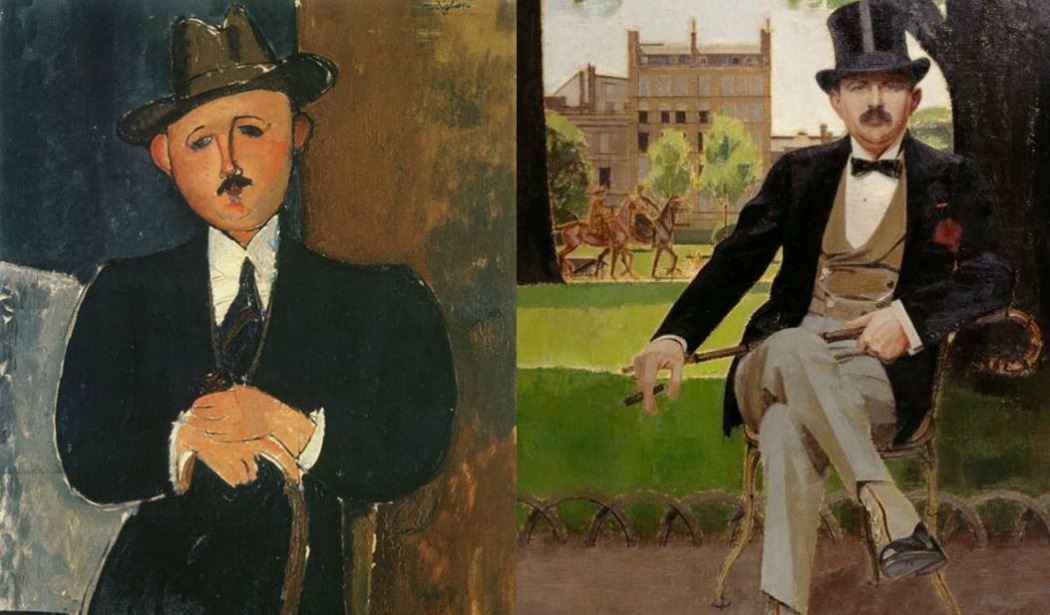 Seated Man With A Cane and Boutet de Monvel painting

The Institut Restellini has announced that it has discovered the identity of the sitter in a masterpiece by Italian-Jewish painter Amedeo Modigliani at the centre of an ownership dispute that has erupted following the leak of the Panama Papers.

According to the Geneva-based Institut Restellini for scientific and documentary research in art history, the sitter in Modigliani’s 1918 painting “Seated Man With A Cane” is most certainly chocolate manufacturer Georges Menier (1880-1933).

The Panama Papers have revealed new information about the ownership of “Seated Man With A Cane,” which was allegedly stolen by Nazis during World War II. The Papers allegedly revealed that the painting is currently held by a Panama-based company owned by the Nahmad family of art collectors.

According to Institut Restellini, “Seated Man With A Cane” can be related to photographs of Georges Menier and with his portraits by other artists, such as the one by Bernard Boutet de Monvel in the collection of the Musée d'Art Moderne Centre Georges Pompidou (inv. 1M 1971-7)

Research conducted by the Institut Restellini in the Menier Archive at Musée d'Orsay in Paris, as well as the recent publication of the memories of the wife of Modigliani’s last dealer Leopold Zborowski, enabled the Institut to confirm the identity of the sitter with relative certainty.

The Institut Restellini (http://www.institut-restellini.com/en/institut.html) will publish the first catalogue raisonné of Modigliani’s works (paintings first, drawings later on) in the coming months.